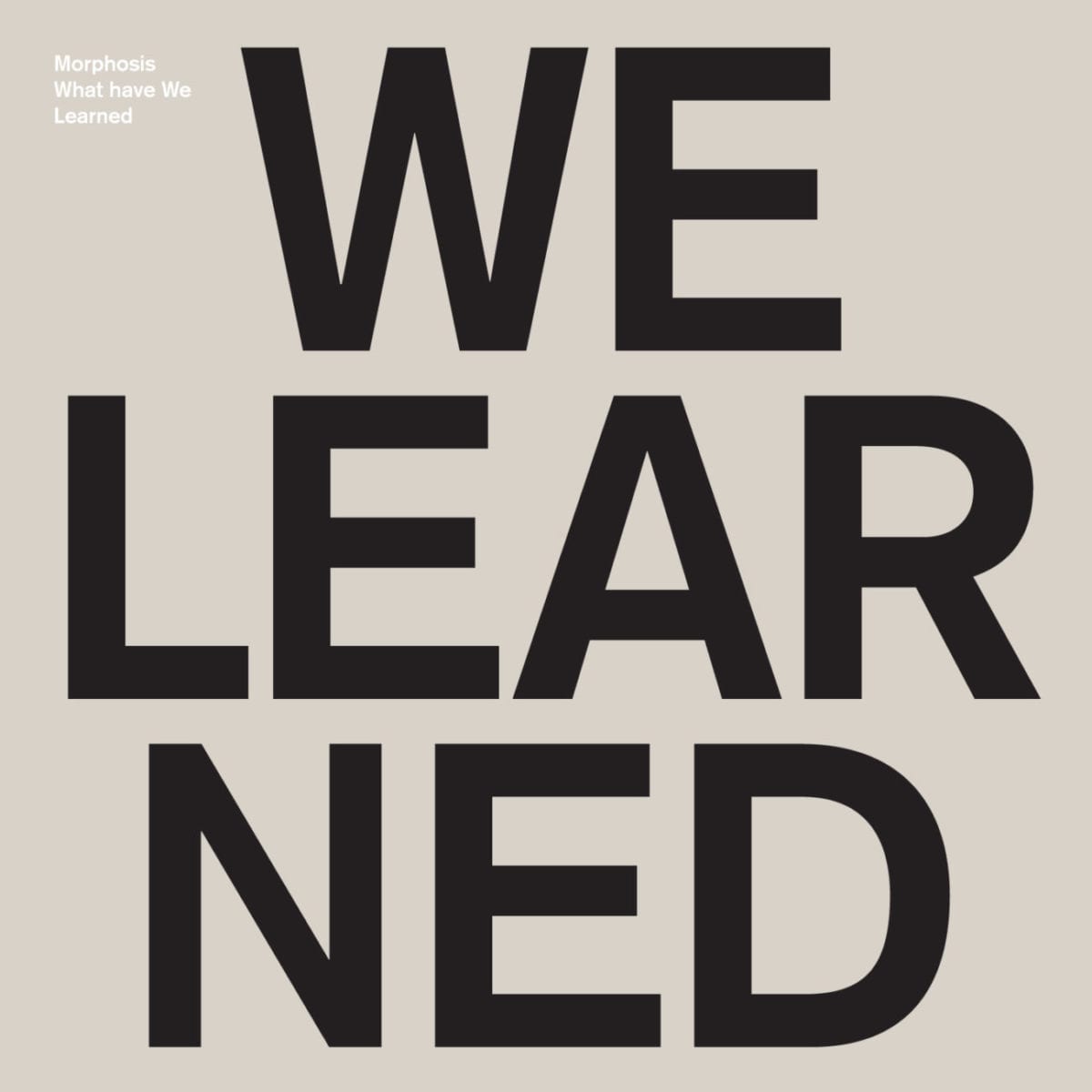 Before last week all I knew about Lebanon was that it was the birthplace of the Mousaka, or at least that there was a dish called the Labenese Musaka. It could well be that the premise of the Mousaka was conceived elsewhere in the world, but the approach of the people of Lebanon towards this exquisite recipe totally changed the game, and they truly made it their own.

Then I began to do some light research into Morphosis, because I was listening to their album ‘What Have We Learned’ with a sort of “Fuck, this is different” frame of mind that usually preceeds a Googling. So what did I learn? Well, thanks to those kind people at RA, I now know that he is from Lebanon.

So why on earth would you listen to a compilation of 10 exquisitely executed pieces of techno, rich in talent in regards of sound design, structure and ingenuity? Especially when it hales from some country you barely know a thing about. If I want techno of this nature i’ll just check the top tracks on beatport and showcase them on my copy of Traktor, with a hearty amount of filter layered over the top.

Well, now I’ve had a pop at whoever that dick is, let’s get back to what matters. The fine people who are bringing this great stuff to your ears are the highly respected Delsin. A label so good they need a long list of positive adjectives that are as yet undiscovered in the English language, to describe them. This LP very much encapsulates their sound, so if you have had the honour of purchasing their stuff before, you won’t be disappointed by this.

The album itself frees up the idea of a techno album, most notably in it’s lack of emphasis on repetition. Melodies here are constantly shifting, almost like a jazz approach to electronics. Apparently the whole thing only took two days to make, as tracks were layed down in only one or two takes. Which frankly, I find hard to believe. The guy is mad! If something this rich in detail, ideas and greatness can be created in only two days – what does that say about my life? I think I may well be an idiot.

Essentally, this is music for people with beards, made by a guy with a beard. I howerever do not have a beard and have barely stopped listening to the LP for weeks. I strongly recommend it, and if you don’t like it straight away – grow a beard.

Discover more about Morphosis and Delsin on Inverted Audio.