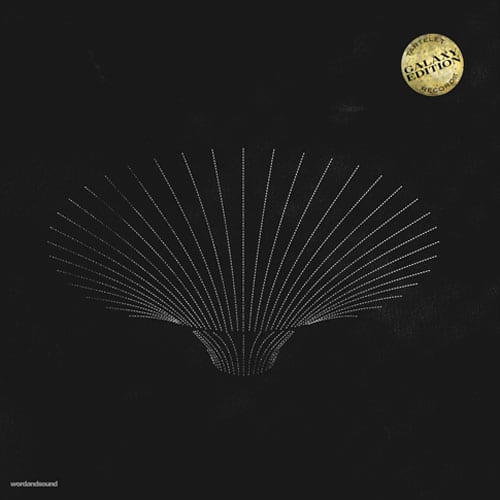 Since the summer of 2009, Kenton Slash Demon have proved their musical stature with two sublime releases ‘Sun‘ and ‘Matter‘, which I believe to be some of the best electronic music that was released during that year. Their cosmic sound is both mesmerising and addictive, washed with elements of house ambiance and electronica. Listen to their previous two EPs and IA Mix and you’ll be scratching the floor to delve further into their intricate soundscapes.

Daemon represents the final stage of a black hole, which in my mind conjures up either entering hell, heaven, time travel or getting compressed into a singular atom. Either way it’s probably not going to end well. Nonetheless Daemon indicates a move away from the territory that ‘Sun‘ and ‘Matter‘ portrayed. For me Daemon sounds more akin to the collaborative music of When Saints Go Machine, which Jonas Kenton and Silas Moldenhawer are members of.

They used vocals from Nikolaj Vonsild, bandmate from When Saints Go Machine & Jon Philpot from psychedelia-loving Brooklynites, Bear in Heaven for the track. An energetic house beat injects real energy into the track whilst an orchestra of instruments pluck and strum continuously. Whilst ‘Sun’ and ‘Matter’ are straight up house, Daemon is very different, conjuring memories of seeing Axel Wilner AKA The Field and WhoMadeWho play live as if this track could in a similar way keep you in a trance for hours.

Due to this being the final EP in their series of epic EPs, its only fitting to finish things off with a bang, or in this case leaving it in the hands of Axel Boman a recent Red Bull Music Academy graduate and now part of DJ Koze’s burgeoning Pampa imprint. As it happens Axel Boman is also from Sweden so I’m assuming he’s been aware of Kenton Slash Demon and their music for a while.

Boman provides two remixes for the EP, each of which inject their own character of zest and fervour. In a similar fashion to that moment before you enter a club and everything around you the walls, doors, floors are all shaking due to the music contained within so does Axel Boman’s ‘Dub Remix’ perform. As if he’s captured the original track and put it into a huge compressor in order to create this muffled atmosphere and swirling vortex of sound, the only clear elements in the track are those spine tingling hi-hats strumming all over the place. This is no doubt to reflect the imagined effects of entering a black hole and what it would do to the music.

Boman’s ‘Epic Remix’ is way more grounded and deeper than melancholy. Although it does sound similar to his ‘Dub Remix’ and uses distinct elements from it, it’s more invigorating and centered for the dance floor than the latter. Axel Boman’s ‘Epic Remix’ is a vinyl exclusive; so don’t dither about with digital files, go grab a proper 12″ copy of this stunning EP.

We are proud to announce that we are premiering the official new music video for Daemon by Dark Matters, which you can watch below the artwork. Dark Matters is a collaborative visual project of work from Lasse Andersen & Rune Brink. Their quest was to create a classic computer effect without a computer. The new video for Daemon continues the look and feel of their video for ‘Matter’, however in this video it is a take on analogue wireframes in the same universe. An abstract space opera about loadscreens based on strings and nails.