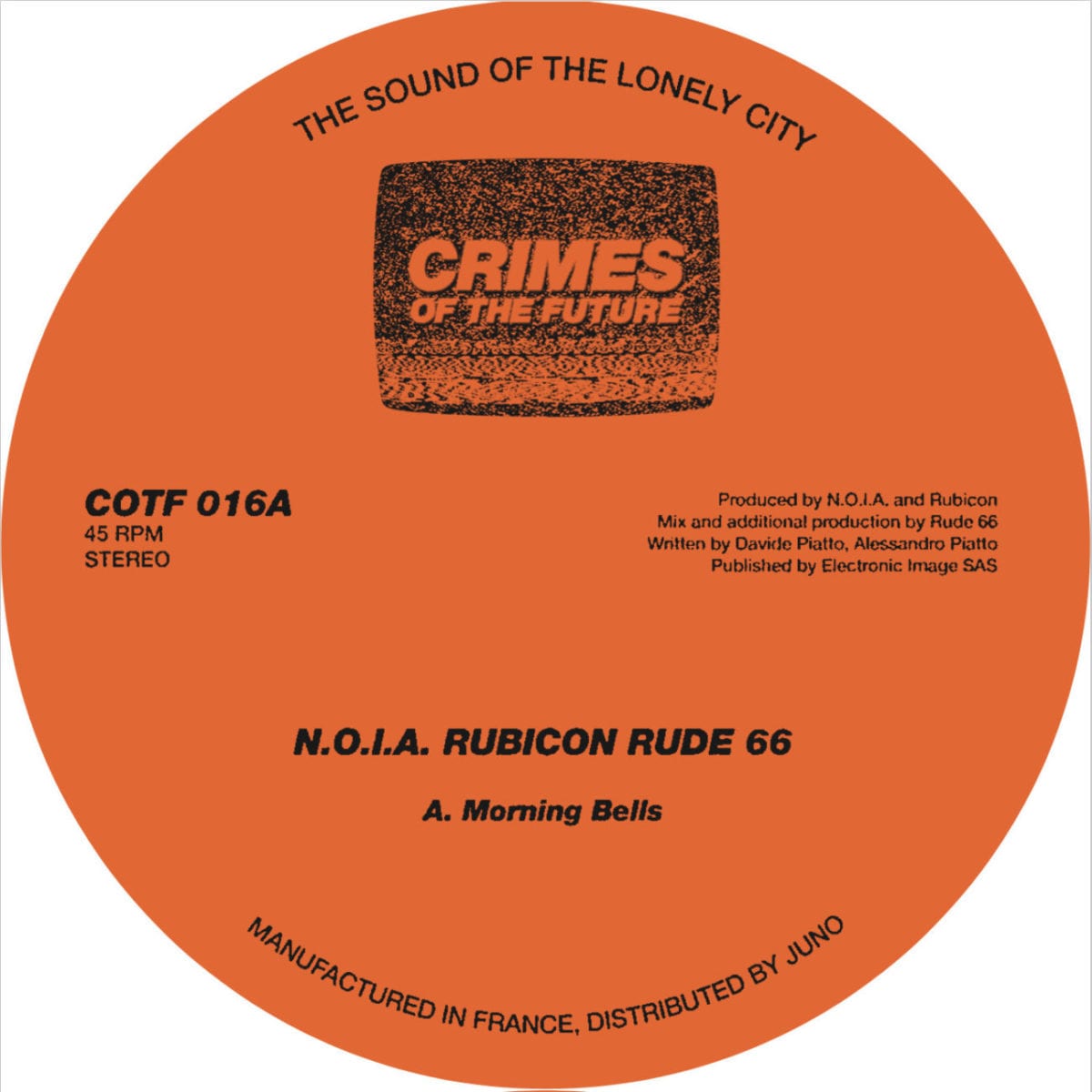 Hot on the heels of Betonkust and Innershade’s homage EP to the Belgian new beat scene, ‘Forever In Boccaccio‘, Timothy J Fairplay and Scott Fraser’s Crimes Of The Future returns with its second instalment of the year, and it’s a rather special one to say the least. Original track here comes courtesy of none other than Italo Disco legends N.O.I.A., produced and arranged along with Rubicon, then re-recorded as a remix and mastered by The Hague’s electro don Rude 66. Rounding off the package, Fairplay delivers his take on this with a sturdy, pulsating rework.

The original version of ‘Morning Bells‘ starts off as a rather classic 4/4 affair but rapidly stretches out its tentacles into versicolor electroid domains, rife with obsessive Italo rhythms, seesawing synths and racing 303 arpeggios – aggro and enticing in equal measure. Steadily intensifying its focus and tightening the grip as bars advance, the groove puts on a hypnotic frenzy for a seriously psycho-active workout, halfway the dopey kaleidoscope and whirling Moroder-like syncopations.

Given the analogue nature of the original recording, Timothy J Fairplay was left with no parts to work from and decided to re-record it from scratch. The result is a breaks-laden slab of dystopian electro fury – set to induce waves of panic on the dancefloor, and where the London producer’s deft hand for crafting straight out outerspace’y pumpers shines brightly. If N.O.I.A.’s version remains more linear throughout, Fairplay’s revamp allows itself a few digressions and melodic inspirations that only him holds the secret of, as he steals the show in elegant yet spectacular manner.

Morning Bells is released via Crimes Of The Future on 25th June, pre-order a copy from Juno.

Discover more about Crimes Of The Future on Inverted Audio.