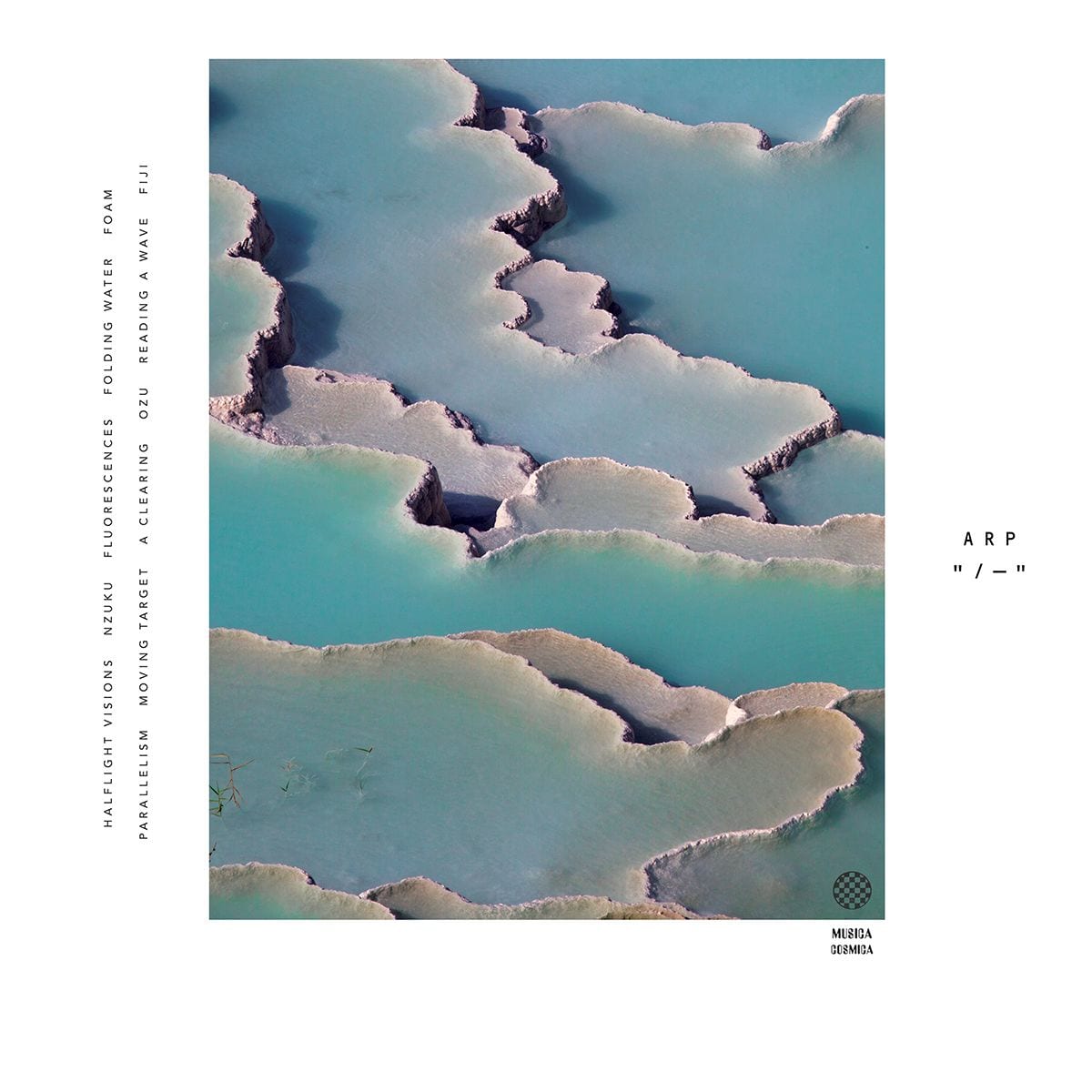 Whilst it might seem that the Arp project is in a constant state of re-invention, there is a distinct ‘cosmic‘ aesthetic that threads through much of the music. “Zebra” makes no exception to this, finding Georgopoulos closing the door on vocal led efforts and instead exploring a gloriously indefinable set of instrumentals that touch on abstract jazz, minimalism, lounge-y percussive ambience and ‘Fairlights, Mallets and Bamboo‘ era Japan.

The results are as captivating as they are unique with each track a gem. From the pitch bent synth funk snaking around Eleonore Oppenheim’s rubbery bass in “Nzuku” to the minimalist piano psychedelia of “Folding Water“,  it’s a life affirming joy from start to finish.

“Zebra” might sit alongside releases such as  Wolf Müller & Niklas Wandt’s  “Instrumentalmusik von der Mitte der World” or the recent re-issue of mid 80s library music collectable “Alpha Percussion” by Giovanni Christiani with perhaps a touch of The Necks thrown in for good measure. Ultimately, this is mesmerising, timeless music that will reward again and again.

Zebrais out now on Mexican Summer order your copy on Bandcamp.

Discover more about Arp and Mexican Summer on Inverted Audio.