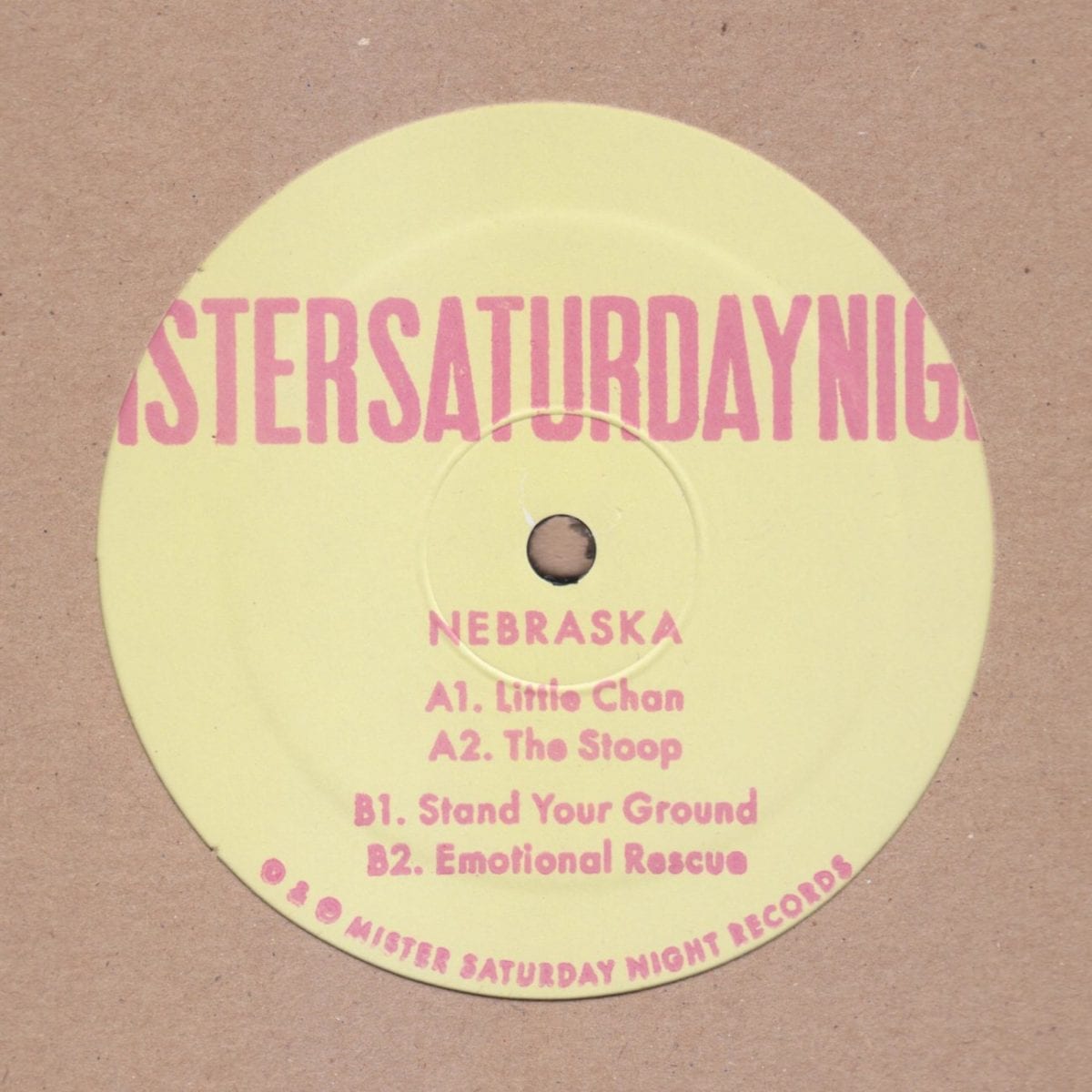 Following the release of his one and only album ‘Displacement‘ on Rush Hour back in 2011, Ali Gibbs entered a hiatus of four years. A lapse of time that allowed us to sink deeper in between the swaying grooves of Displacement, tasting even more longingly his well-tried blend of blazing house and disco boogie on anthemic pieces such as ‘You & I‘. 2015 finally sees the return of Gibbs under his Nebraska moniker and drop not one but two platters of sun-streaked material that should enchant many summer parties out there.

With ‘Stand Your Ground‘, Gibbs remains close to the scope of his previous releases, melting together a tremendously efficient disco-house swing and balearic-infused rhythms. Breaking the EP in, ‘Little Chan‘ doesn’t waste time in presentations and set things in motion straightaway with a herd of high-pitched piano chords nicely unfurling over bubbling bass waves in an uptempo cascade of hi-hats. A classy opener most definitely but it’s the second track ‘The Stoop‘ that’ll get your feet shuffling for good with its broken beat and clap-laden groove. Gibbs’ art of the loop-operating displays in full, developing a truly hypnotic ambience with its smokey cotton club flavor and free-jazz bass-fiddling laced with city sounds samples that add a rather organic touch to the whole. Superb.

The flip side then serves a slowed-down shift of aura with the title-track. Sharp-edged, solar synth smears come rippling like lazer crests over surfs of languid pads and reverbed claps while the bass softly lulls you in a trippy ballad. The track mostly feels like a nice temporising interlude ahead of the funky breaker that follows and closes the EP. ‘Emotional Rescue‘ is an overflowing cut of pure disco frenzy, unleashing a never-ending burst of trumpeting brass and chanting the same rapturous chorus – ‘Can’t you see that disco feelin?’ – on repeat. An ecstatic closure which explodes to your face with the same sense of honesty and spontaneity that took big summer tunes to the title of classics. Come hear that disco feeling.

Stand Your Ground EP is out now on Mister Saturday Night, order a vinyl copy from their store.