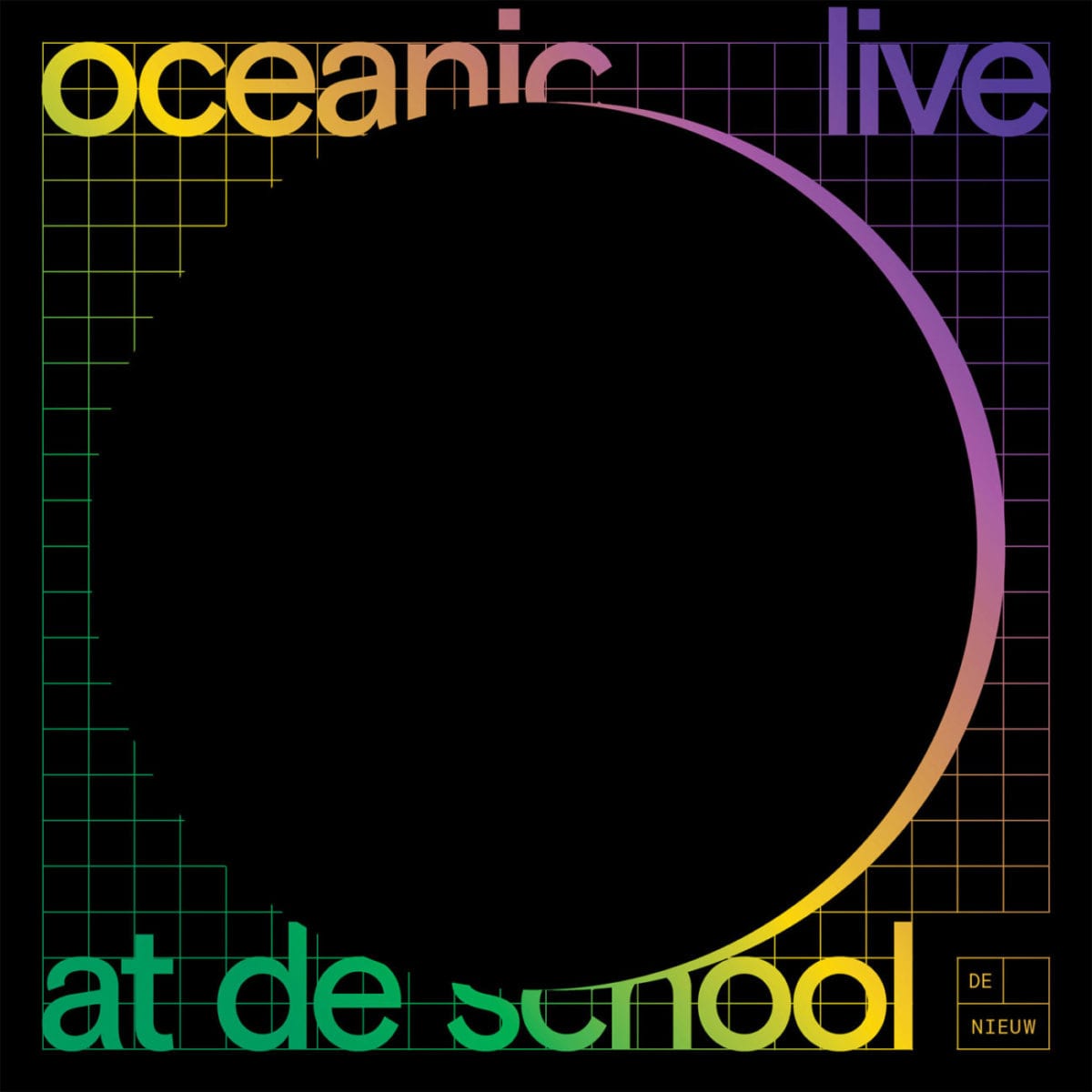 De School are a staple in the Amsterdam club scene, known for hosting some of the cities most exciting and forward-thinking nights. Though more than just a nightclub, De School also operates as a concert venue, a restaurant, an exhibition space and a gym with their ability to think outside of the norm propelling them ever-forward. This mindset sees the distinguished operation now turn their attention to even broader horizons with the launch of their new label De Nieuw.

Fans of the venue will be excited to discover their new label have paired up with Dutch producer and De School regular Oceanic. For their debut release, they present the very first performance to surface from between the walls of the space – a 40-minute recording of Oceanic in the Auditorium during their ADE Het Weekend in 2017.

Performed on a custom-made string instrument connected to a modular synth, the unique auditory experience now extends beyond the 200 people who were fortunate enough to experience it in the flesh. As there are no separate tracks but rather one continuous and abstract largely improvised performance, one is able to focus on the textured, minimal and emotive components without the interference of breaks or creative limitations. 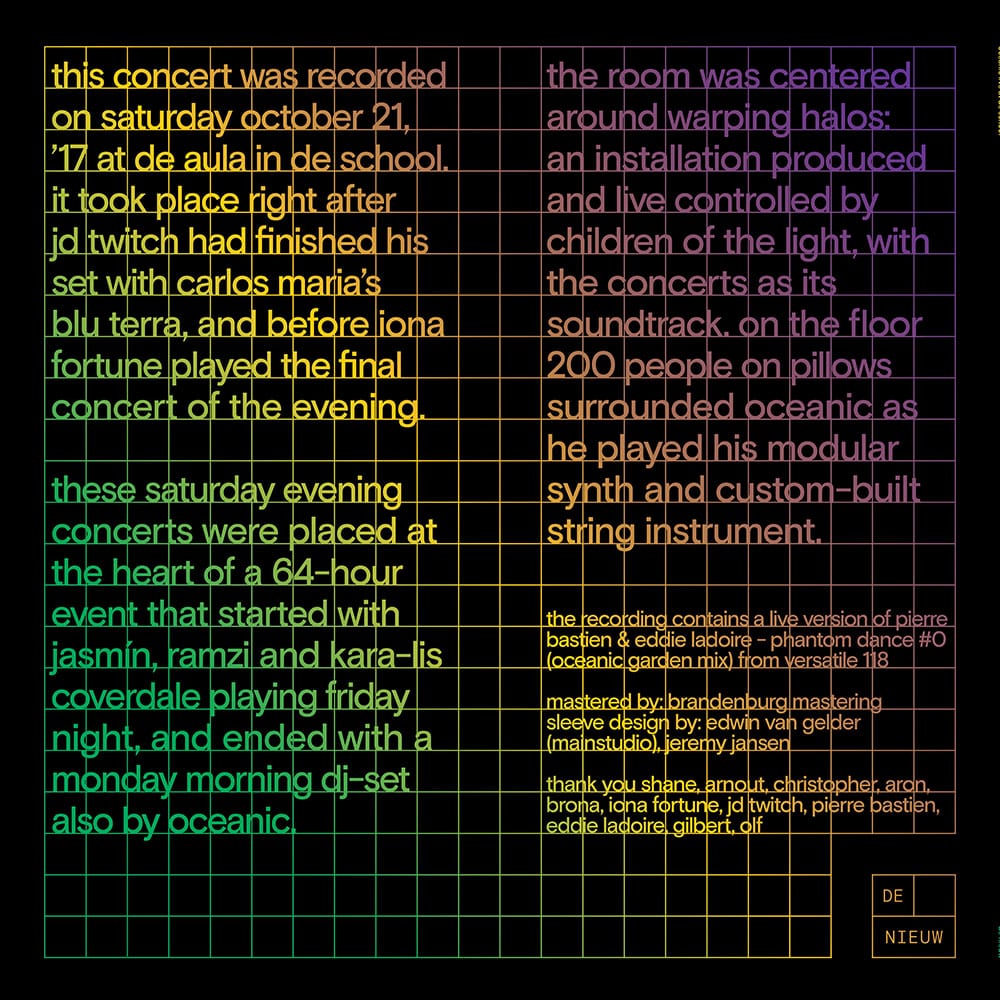 The piece begins with bright, sparse chimes ringing in a way that makes you feel as if you are in the midst of witnessing a sacred ritual – and maybe in a way you are. A wall of reverberating sounds slowly build, drawing you in steadily. More modular sounds soon come into play, fusing with more organic tones and textures to create an effortless balance. As a steady percussion builds, wave-like accents ebb in and out in the distance before more coarse, jagged sines weave though gentle arpeggios.

The flow continues throughout the second half of the performance, as sounds that mirror slow, heavy footsteps on an empty gravel road come into play, evoking strong imagery of a desolate expedition. One begins to see how truly visceral this aural experience would have been for the original audience, halfway through the 64 hour event laying on pillows surrounded by the light installation from Children of the Light. Short, melodic string pulses persist throughout before the chimes return to lead into more sustained and moody analogue textures.

Oceanic’s performance is the perfect listen for lovers of the more free-flowing and experimental side of music. With his ability to weld modular and organic tones with such ease and precision it’s hard to fathom the performance was largely improvised. Both the artist and label aren’t ones to play by the rules, and it shows. ‘Live at De School’ is a provoking LP that sets an excitement for where Oceanic can push things musically and what De Nieuw will capture from within De School’s walls in the near future.

‘Live At De School’ is out now on De Nieuw, order a copy from Rush Hour.

Discover more about Oceanic and De Nieuw on Inverted Audio.