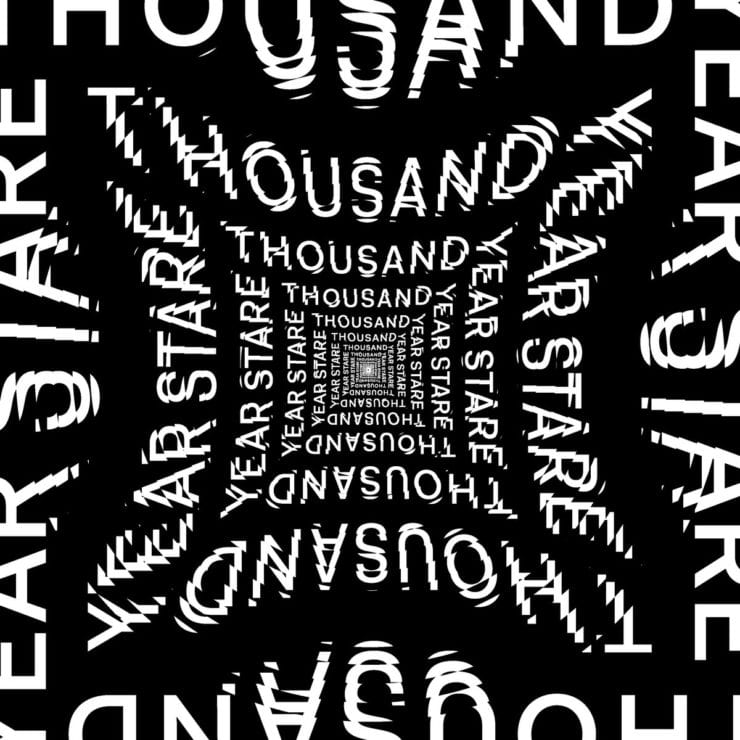 Otik’s original take on modern bass has been steadily noted for an ambitious sleight of hand. At the edge of modern bass, Ashley Thomas can be filed next to some of West Countries finest Lurka, Batu and Bruce, harnessing a relentless and adventurous pursuit of the bass domains through his last few promising releases on labels DEXT, Keysound and Nous Disques.

Otik makes his debut on Gobstopper Records with a Spring-ready EP of sun-soaked density, in a gloriously experimental setup. Harnessing his rhythmic flex, this release is texturally full with a palpable atmosphere, more so than his previous releases which are significantly more in a rough-edged classification.

The whole of ‘Thousand Year Old Stare’ moves with a well-informed fluidity; field recordings gliding alongside distorted grooves and thudding kicks in obscured detail. All the tracks are relatively long and expansive, so Otik has plenty of time to showcase his progressive experimentation.

The title track’s rhythmic sensibilities calls to mind the “deep reggaeton” of DJ Python, and its hypnotic layers will keep you entranced for the full seven-minute running time. We then have the experimental techy-cut ‘Antihero’, which combines a ghostly three-note loop with hard-hitting bass and kicks in a decidedly abstracted way.

‘Ghost Mole’ is heavily doused in reverb bleeps and high-frequency bass, somehow reminiscent of a late-night commute on the trains over a dilapidated London. These are clearly fully formed experiments of Otik’s own influences and tales. The dreamy final track ‘Means Nothing’ takes dancehall and elegantly laces through bleak ambient in an atmospheric rush to the head and heart.

‘Thousand Year Old Stare‘ packs a punch in delicately formed club atmospherics through Otik’s own exploration of UK sound-system culture, whilst creating some of his richest sounds yet.

‘Thousand Year Old Stare’ is out now in digital format. Order a copy from Bandcamp.