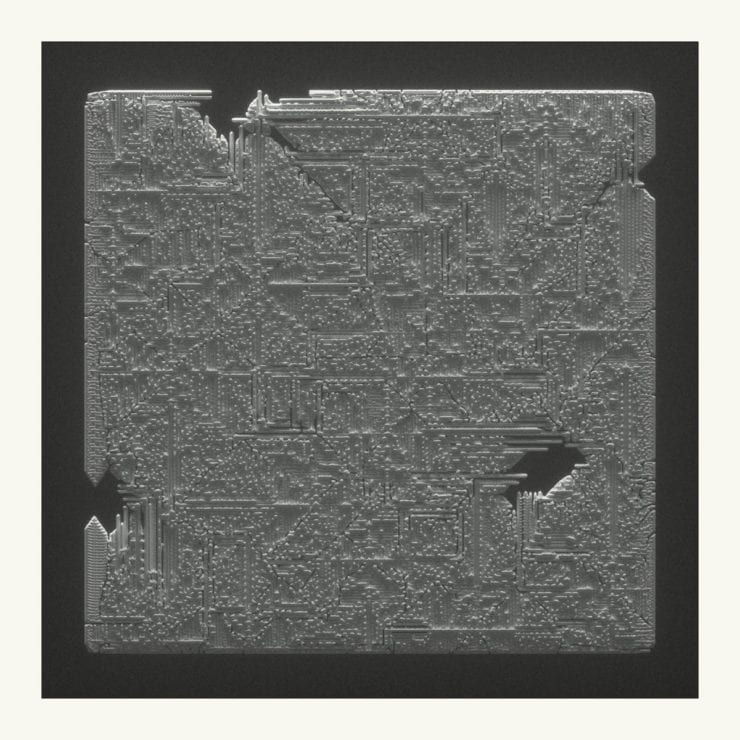 When Ital Tek, real name Alan Myson, embarked on making an album in “self-imposed isolation” after the birth of his first child and a move out of the city, he had no idea its release would come at a more pertinent moment. Those of us in isolation now have colossal stretches of time in front of us to sit and think, therein which sound and image seem to become louder, as we take a minute to linger on the tiny details as life slows down.

This is where the seventh album from the Planet Mu regular comes in; with its meditative sonic landscapes to soundtrack the waning dusks and quiet dawns. Texturally sprawling, the ten tracks dip into all avenues of noise ambient in an endless trip, awash with grainy atmospherics, drones and distorted bass. ‘Outland’ imposes on the listener a kind of comfortable claustrophobia, Ital Tek inviting us inward to melt in the ravine he has created.

All ten tracks carry a shadowy weight first ventured into on his 2018 full-length ‘Bodied‘, but this most recent release feels darker, relying less on the melodic and more on sustained notes and textures that feel deeply intuitive.

Opener ‘Chamber Music’ has the execution of a film score, with a slow-burning outer world energy, building upon a single loop to colossal heights, whereas ‘Deadhead’ is like a marriage of Myson’s early dubstep pursuits with this new affinity for more expansive soundscapes.

‘Leaving the Grid’ and ‘Diamond Child’ are both operatic affairs, the former a haunted cinematic ballad and the latter encompassing spectral synths that soar towards the close. Occasionally, there is more minimalism at hand, particularly with ‘Endless’, where distortion takes lead alongside a few lucid elements that flicker in and out of existence.

Aiming to capture a snapshot of the ‘audio hallucinations’ he experienced in the creation of the album, the sounds we hear often feel darkly illusory, neither here nor there. In doing so, Ital Tek carves the line between epic and intimate, in an often wondrous saga.

‘Outland’ is out now in vinyl, CD and digital formats via Planet Mu. Order a copy from Bandcamp.