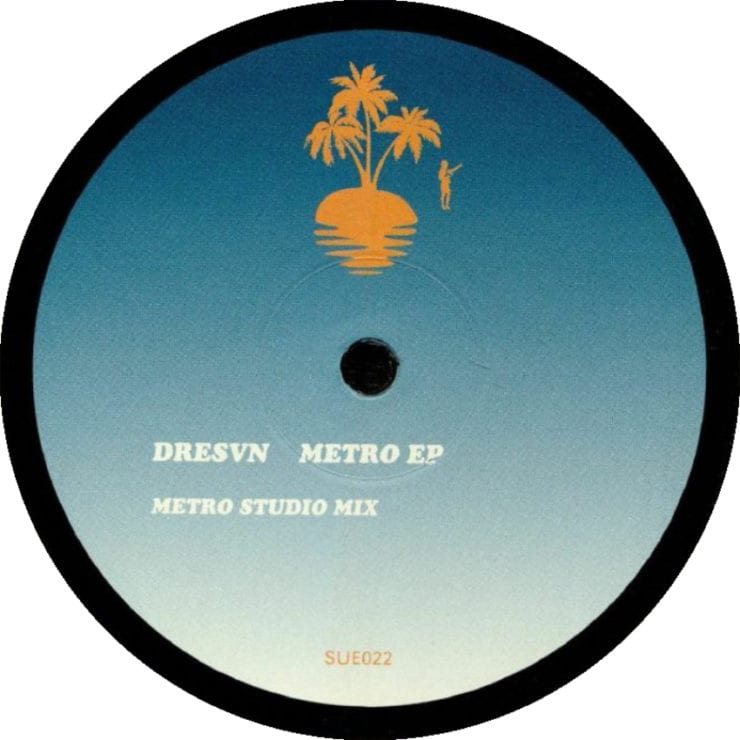 For a certain corner of the dance music world, a SUED record feels like an event. You can find fans of weirdo outposts Sex Tags Mania, Acido Records, and Acting Press speaking of SUED releases in hushed reverence around the water cooler, trying to decipher cryptic liner notes and Hard Wax one-liners.

This is especially true when it has been over two years since their last release. Back in 2018, when they put out their last record, SUED seemed on the precipice of breaking through to a larger audience. Co-founder SW.’s full-length from 2017 was re-issued by Apollo, quickly followed by a collaborative EP on the label between SW. and fellow co-founder SVN. But, like the music the label puts out, SUED then went silent, fading into the ether from which they had emerged.

Returning with a collaboration between SVN and Acido co-founder Dynamo Dreesen as Dresvn, SUED pick up where it left off. The EP features two interpretations of ‘Metro‘ and a bonus intro featuring live drums from Tom Page, a Bordertown and Smalltown Supersound affiliate. Not much more than a minute and a half of skeletal drumming, some audience whoops, and synth noodling, the intro is by no means a throwaway. The track is a helpful reintroduction to the elements that make up the world of SUED and their infamous Friedrichshain Batcave, the Neues Deutschland Studio.

The rest of the A-Side is a live mix of ‘Metro’. It has all the staples of vintage SUED: undulating chords are set under a glimmering synthlines that comes in and out of focus across 10 minutes. The bass, buried deep to begin, remains punchy as it slithers across the mix. After about 5 minutes of this heady interplay of textures, the track finds its groove with the wash of chords giving way to dueting melodies and the driving 4/4 rhythm.

The studio mix, however, would be my pick to play out. It manages to be simultaneously more bottom-heavy and crisper, the treated snare somehow feeling both murky and crystalline at the same time. This is the sort of tongue twister descriptions that SUED releases evoke. Ray Philip described a previous release as having “a soup-like density” while still keeping its “crunchy details.” And this describes ‘Studio Mix’ perfectly – across 14 minutes you enter a rich broth where the structure of each element still packs a wallop of flavour.

‘Metro’ EP is scheduled for release 4 May via SUED. Order a copy from Juno.