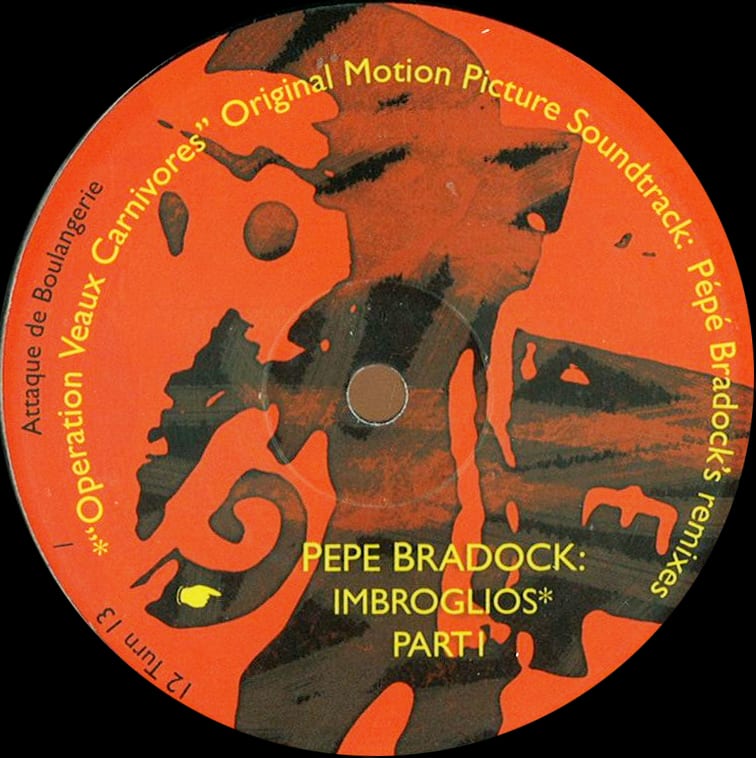 If there is any word that gets thrown about the most in cyber world’s rattling cage of music journalism, it’s probably ‘atmospheric’. The first sign of some soaring synths and you betcha it’s a cinematic odyssey. So in a sure-fire case of the boy that cried wolf, when a record with an inimitably distinctive mood does come along, the praise feels somewhat artificial.

That however, all goes out of the window when listening to Pépé Bradock’s latest offering on his own label, Atavisme. Whilst ‘Imbroglios Part 1’ is not about brooding landscapes of clichéd atmosphere, the mood is overwhelmingly distinct. Slowly but surely he creates some kind of celestial film-strip narrated by a gaseous mass of ambience. Its serious soundtrack stuff, but with touches of humour, and as is the case over the majority of his releases over his fifteen-year career, Bradock seems to approach it with touches of genius. Although it’s no ‘Path of Most Resistance’, and certainly not his best work to date, as a collection of tracks there is a hell of a lot to admire here.

Bradock’s touches are eccentric yet completely accessible. First listens seem to baffle and pose uneasy questions of comfort, much like any wonderful flower of unconventionality. Yet if one keeps working at it the record opens up with mysterious and sudden force. Opening track ‘Katoucha’ pits flourishes of jazzed-up vigour alongside oddball organ tones and some particularly subversive bass stabs. It resonates as the soundtrack to a puckish film noir, a terse sense of energy propping up the tension whilst echoing vocals add further fuel to the fire.

‘Ataque de Boulangerie’ is personally the stand-out track of the EP and the one set to stand the test of time. The track throbs with pensive energy – sudden flourishes of piano keys, whirring detail and booming bass-stabs all collide in a schizophrenic free-fall. Yet somehow it still seems to flow like water. In keeping with its split-personality, the midway point then offers up a delicious taste of shuffling 4/4 heat, only for it to be snatched at within an instant, leaving you hanging on for more.

On paper, ‘12turn13’ is probably the most dance-floor orientated of all the tracks with chiming rave chords, heavy percussion and a closing beatdown phase. Yet in reality, its bodily dissonance is still an acquired taste for the average listener and probably best saved for those trippy early morning moments only

At minimum, Bradock demonstrates the endless and forever-evolving possibilities of dance music, and at maximum, he creates some incredible atmosphere and depth. For what on paper can sound disconnected and anxious can in effect be food for your body and mind.