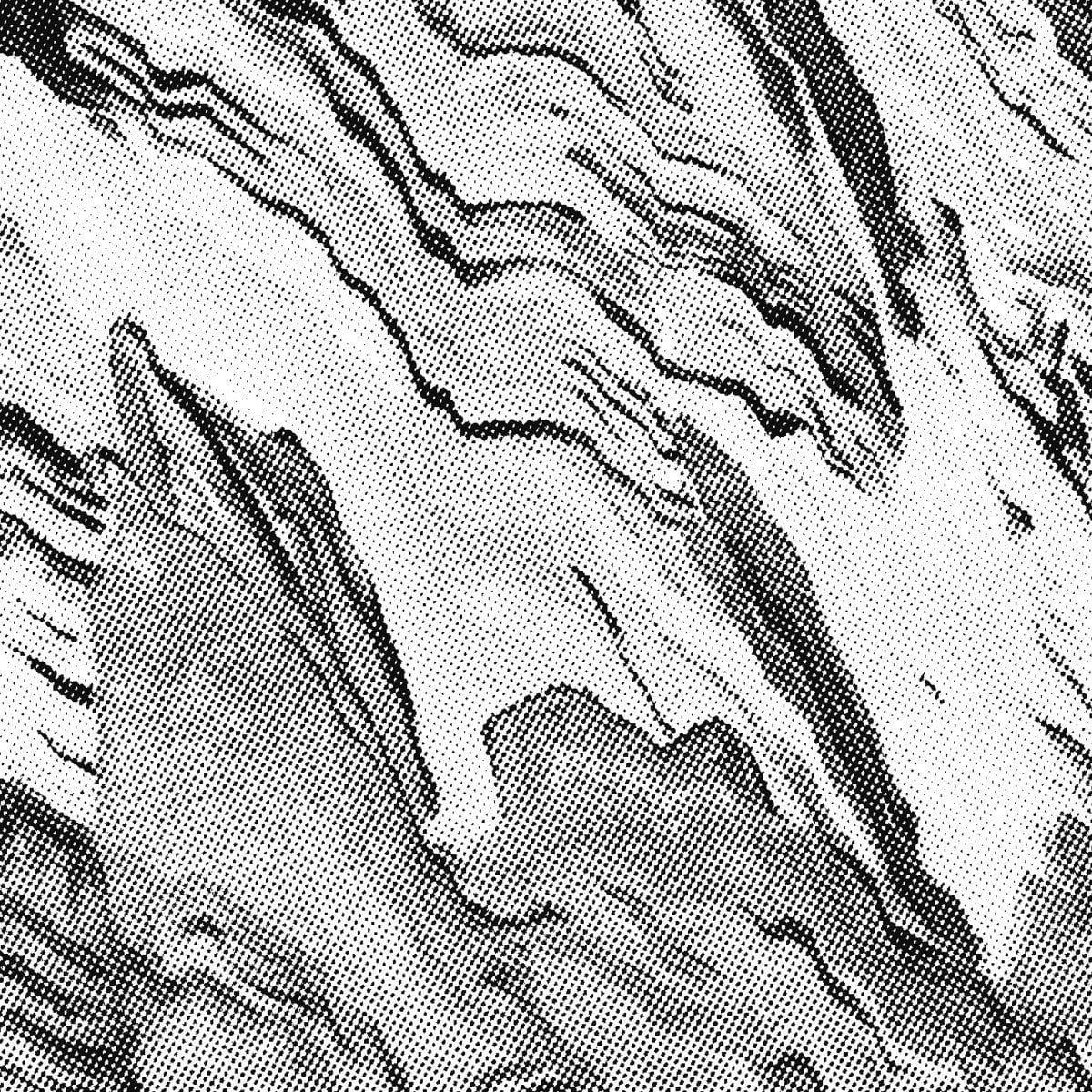 In a world where information bursts forth through a chaos of sheer insignificance and hollow symbolism with the accuracy of a bottle thrown at sea, remaining patient and collected has become a rare, enviable luxury. Moving at its own humanly sustainable pace, with a very reasonable schedule of one release a year, Noorden’s offshoot LL.M. pledged to keep things at artisanal scale, and wisely so.

If their first three releases ploughed a more “regular”, club-ready furrow with some outstanding contributions from Berlin’s favourite Annanan, Phil Struck‘s ‘Klint‘ makes for a massive bend towards antimusic and concrète realms that won’t fail at surprising those who expected the Münster-via-Berlin based imprint to stick to the tried-and-tested 4/4 recipes. Actually, Struck’s borderline jarring endeavour is somehow reminiscent of DJ Richard’s full-on experimental tape ‘Terror & Erebus‘ in both its structure and boldness.

Don’t expect any danceable material to ease you into this curious sound environment; ‘Klint‘ will have you feeling like slipping through the cracks down into micro-organic territories. Said to have been sampled from “odd sources” you can easily imagine Struck pulling out his microphones to record watery sounds from a river on ‘Errors‘, weird electronic bleeps from telephonic interference, all kinds of distortions and static-filled effects, and other improvised drums made out of objects from the everyday life – ‘Klint‘, ‘Torn‘, ‘Snake‘.

It’s also what confers its genuine uniqueness to Struck’s subtly-arranged concert of the common: these troublingly ordinary sound bits suddenly brought to harmonic elevation, eventually composing a balance as they progressively blow away the fully discordant nature of their uncooked essence. Struck ennobles the trivial and honours the silence. It could’ve been a matter of trompe-l’oeil, a mere juxtaposition of audio signs to mimic functionality, but there’s a much more vibrant and fluid quality to these mind-expanding pieces.

‘Neoneon‘ is one of them, droning and insecure, claustrophobic yet unimpeded, bizarrely comforting in its phlegm. As its title suggests the beautiful ‘Airless/Portals‘ seems to flutter across diverse dimensions, cagey and spectral, moving from deep and dark depths up in the air, like long-buried dust finally coming into the light, and along the rest of the album it reveals as nothing less than a fascinating trip across the unheard sub-layers of an oblivion-consigned neck of the woods.

Klint is out now, order a copy from Bandcamp.

Discover more about Phil Struck and LL.M. on Inverted Audio.