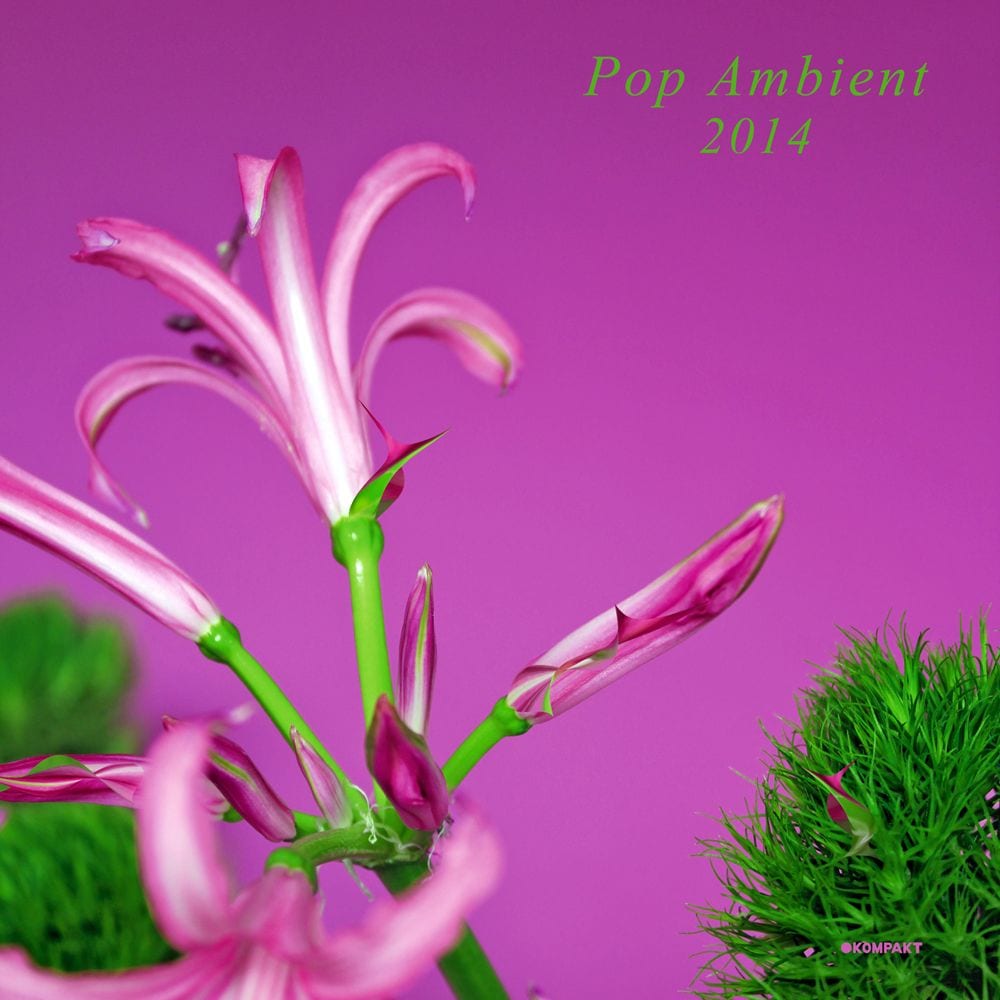 Let’s be honest: 2013 was peppered with grotesque cover art. One might hope, therefore, that this year’s music would be served in more forgiving sleeves. Alas.

Despite being packaged in a lurid floral atrocity, the fourteenth instalment of Pop Ambient bears some serious aural fruit (mostly composed by slick middle aged males). It endeavours to sit “between the poles of habitual listening and sonic curiosity”; this isn’t music for airports, elevators or meaningless shopping centre soundtracks. Rather, Kompakt have commissioned a series of beatless experiments as an opportunity to explore new sounds, new opportunities to pique interest.

Sandwiching the compilation is Ulf Lohmann, described by Kompakt as the “god of pads”. Whether or not he lives up to the unrealistically bold claim, Lohmann and his chiselled features have composed some mesmerising stuff. It’s definitely a cliché to describe how good a beatless ambient piece is through its ability to be slotted into a film soundtrack, but “Sicht” and “PCC” could easily accompany climactic scenes where epiphanies are made and romances blossom and credits hit the screen and everyone applauds with tears streaming down their faces.

Elsewhere, minimal techno deity Wolfgang Voigt shows up in his “Gas” and “Wolfgang Voigt” pseudonyms to deliver two contrasting pieces. “Ruckverzauberung 8” is flooded with deep noises as vaguely threatening harmonies play out on top, whilst his remix of The Field’s Cupid’s Head oscillates between blissed-out chords and a friendly white noise choir. Voigt often pitches up with a new take on extreme dystopia, and it’s refreshing to hear him apply a lightness of touch to his palette.

Things unfortunately get a bit baggier in other places. There are a number of misguided efforts to blend acoustic guitars into the mix (Mikkel Metal, The Bionaut), which sounds painfully dated, and Marsen Jules plays too much with irritating metal noises. But thankfully it’s somewhat balanced against the euphoric vocal loops of Simon Scott and Thomas Fehlmann’s piano delays, which caress delicately across the stereo field.

Pop Ambient is somewhat of a Kompakt institution nowadays, a chance for some of the roster to stretch out and flex new tones from old synthesisers. Indulging these tendencies teases out wide-eyed beauty in some, and cumbersome fodder in others – such is the nature of experimentation. If you’re prepared to endure the painful petals and to suffer the odd earnest strum, there is plenty of refined elegance to be found.