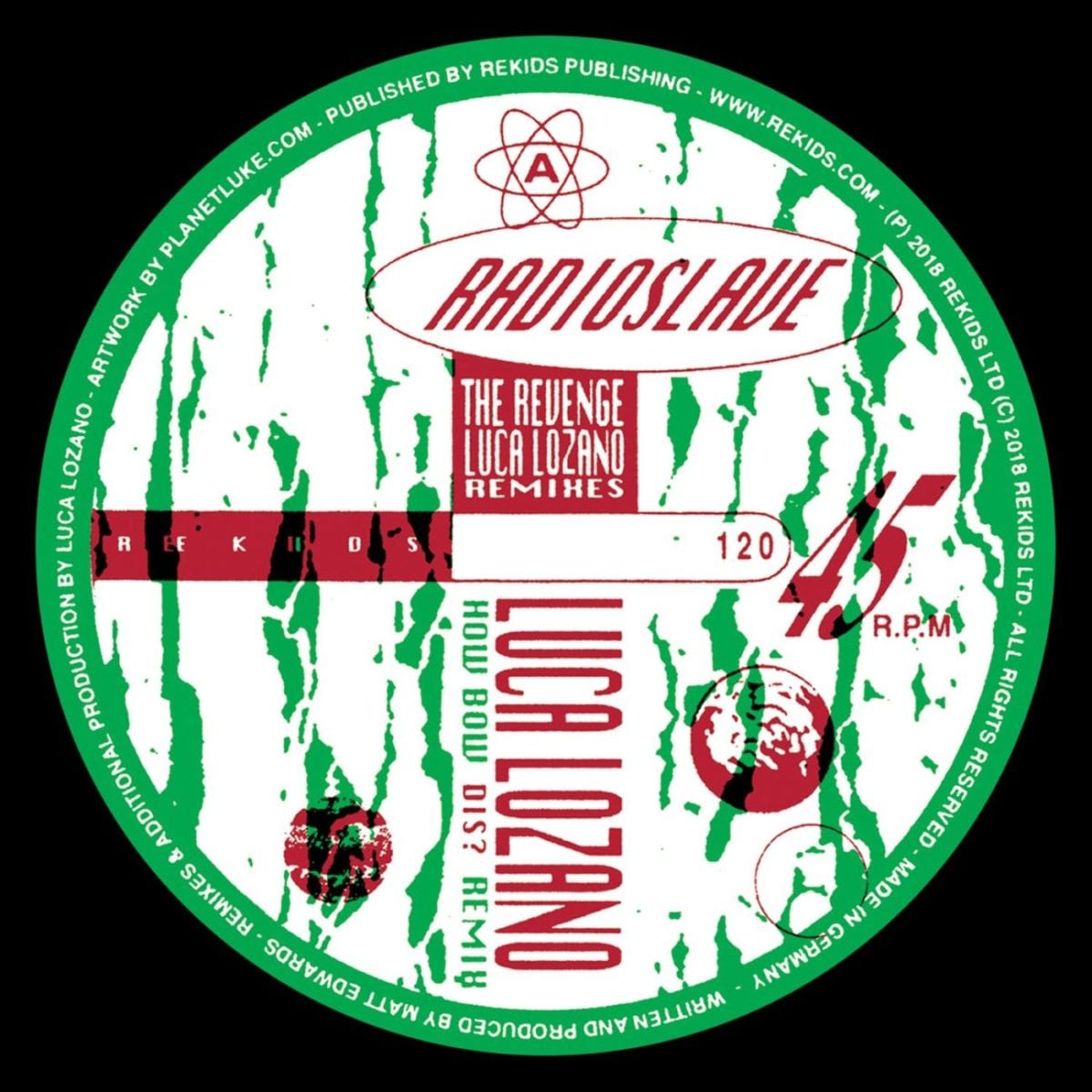 DJ, producer, graffiti artist, graphic designer, label owner… the life of Luca Lozano clearly is a full, rewarding one; but as goes with such hectic lifestyles, rest is too often an unaffordable option. Busy slinging his bouncy breaks on dancefloors across the world, from Berlin to Japan, or designing some of the finest riso-printed covers and label art seen in recent times (including visuals for Neubau, Black Orpheus, Tsuba, Major Problems, S-Audio, Computer Controlled and the record reviewed here…), the multi-hat helmsman of Klasse Wrecks never quite eases off on the gas pedal.

Don’t expect any decline in momentum with Lozano’s latest remix package for Radio Slave‘s imprint Rekids, which finds him reinterpreting Matt Edwards’ fevered junglistic hardcore ripper ‘Revenge‘ through two versions of the highest standard. First in line, the massive ‘How Bow Dis‘ take (the real highlight here) sets the tone straightaway, unleashing a club-optimised hail of smouldering breaks, mangled accordion chords, buzzing bleeps and iron-pumping, jacking rhythms on an outrageous steroid cycle. As usual with Lozano the groove and buildup are wild and reckless, but sharp execution doesn’t equate to deadly coldness in the end, instead laying down a warm and fuzzy string of dancefloor busting mechanics to get high to, full force.

Flip the record over and you’ll find the ‘How Bow Dah‘ version brushing a deeper facet of Lozano’s craft. Whilst the intro once again anchors in urban scapes with its lot of police sirens and murky hood-extracted vox samples, the track rapidly swerves onto mellower melodic terrains as pack-hunting chimes and Easternmost-sounding bloop lines – which wouldn’t feel out of place on some Soichi Terada banger – erupt from beneath a thick, syrupy background. The bass swells and drops, infectious as can be, and Lozano’s clever use of sequencing proves all the more efficient as bars fly by. No wonder why Edwards handed his already quite amazing original over for Lucas to enhance and amplify. Hands down one of the most killer remix platters you’ll get to hear this year.

The Revenge (Luca Lozano Remixes) is released via Rekids on 1st June, pre-order a copy from Juno.