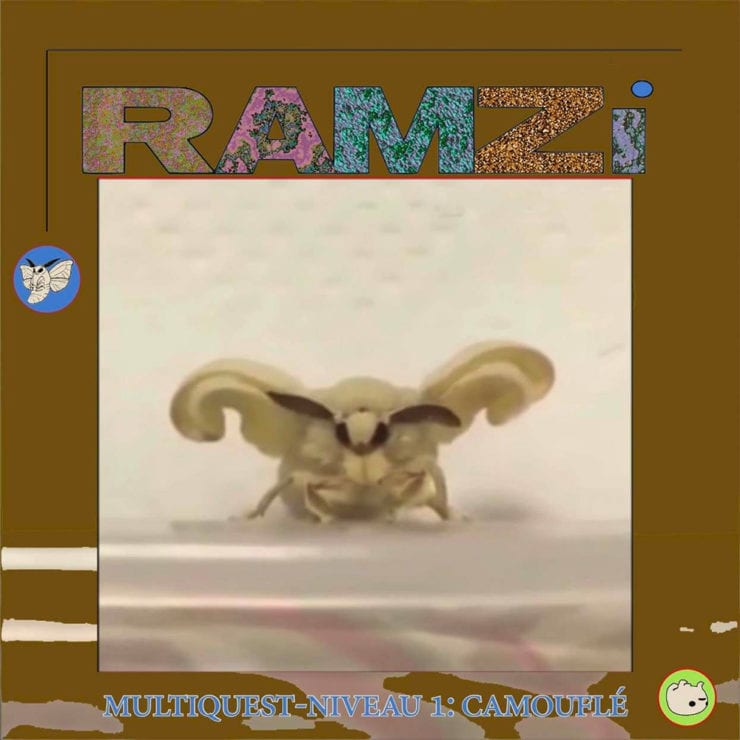 Preparing to set sail once more for the most distant and strange sonic shores, the first number in FATi Records new Multiquest series, ‘Camouflé‘, pushes forth RAMZi’s adept skills in composing hardly fathomable harmonious worlds. A piece that most definitely lives up to her uniquely lavish universe’s ideals.

After a stroll down the introductory path to meet with Priori, the pair take the quest deep into verdant jungle as they kick things off with ‘Kombat‘: a steady drumbeat through disputed territory, vocal shots panning across the ears and glimmering sunbeams filtering from above.

Reaching ‘Rubicon‘, the journey takes a new turn, bouncing down slow-motion mystic rapids. The river itself splits into many stages and tributaries, and soon the turbulent rhythm opens up to a starlit plain, psychedelic cicadas chirping through the jubilant drums before winding to a close.

‘Attack Mousaillon‘ is an exemplary RAMZi treasure, as much as a wonderful showcase of her entrancing musical style. Teeming with brief, helplessly catchy snippets, it rides through countless different shapes before materialising as a sundown wonder, where arms-wide/eyes-closed dancing is warmly encouraged.

The quest moves on, world-hopping through tiny biospheres of sorts; RAMZi’s mark is on this record just as much as we’ve come to expect, and familiar voices dart up, along with new twists on her sound. Each second is enthralling, sly little tweaks playing at the edge of hearing, and the next lead grooves just out of imagination.

On ‘La Nuit L’Eté 1991′ RAMZi unveils an anthem for dancing. The low-key DJ-friendly lead-in does nothing to allay the surprise energy when the beat kicks in, backed by a hefty bassline and emotive downtempo keys that just have that way of bringing the mood up; tangled chords winding their way around the central beat, like vines hell-bent on achieving overgrowth.

The quality of the percussion and complexity of rhythms displayed shows an even keener ear for the ‘floor than on, say, 12th Isle wonder-record ‘Pèze-Piton‘, but more importantly it shows the growth in the capability of the artist (I’ll not venture to say maturity) as the tracks remain playfully youthful and heaped with fun, and a deep breath of fresh air.

From A1 to B6 there’s nothing but quality adventure, and it’s tempting to leave no stone unturned, to fully describe the sounds heard on every one of the quests compiled here. But then the beauty of interpretation might be lost, and it is in interpretation which RAMZi’s music finds the magic ingredient that elevates her work to mythic levels.

Until the final note of the collaboration with S.K U KNO (you know?) the quality on ‘Multiquest‘ is sky high, every track making for a uniquely identifiable work oozing undeniable character. In the end, this is as much a sign of ingenuity, as it is a blatant mark of RAMZi’s stand-out talent and identity.

‘Multiquest Niveau 1: Camouflé’ is the first in a series of records to be released by FATi Records. Order a copy from Boomkat.

Discover more about RAMZi and FATi Records on Inverted Audio.