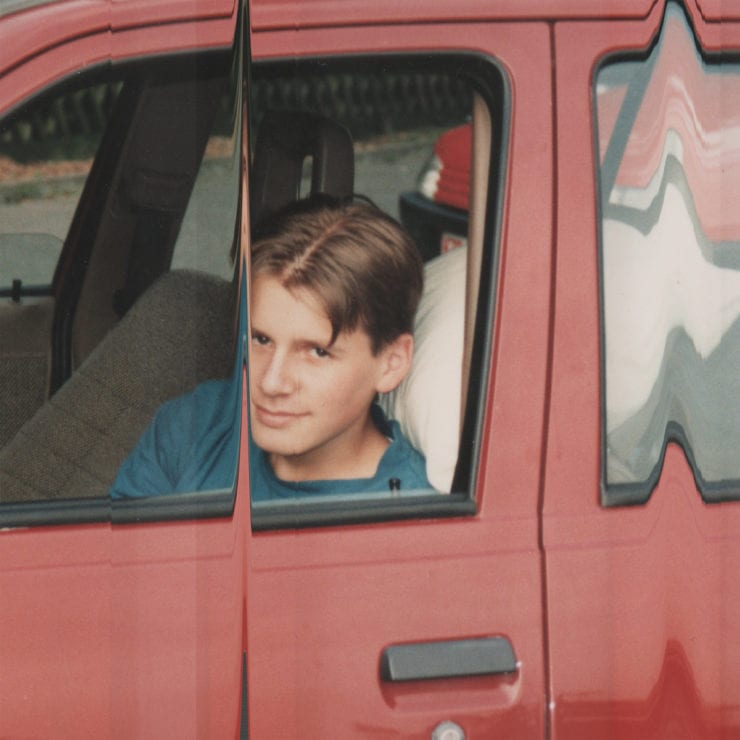 Warp aficionado Chris Clark sets club focus to new extremes on his latest extended player ‘Branding Problem’, released through his own label Throttle Records. This standout record is apt with Clark’s trademark exploration of decay and distortion, combined with a mastery of production technique.

There seems to be no end to what Clark can do, dipping his toes into a multitude of avenues over the years including producing music for a dance piece at the Sydney Opera House, scoring TV series ‘The Last Panthers’ and playing a mutated rendition of Bach at The Royal Albert Hall earlier this year.

Now, Clark has created the soundtrack to an alternate universe, on which in his own words “Elon Musk does a streaming deal, so he can prance around controlling nano implant VR chips for 1 million amortal coastal elites, while the rest of us don’t have electricity and only manage one rave a year – to a sound system powered by rationed candles.” He has our attention, and holds it close on this magnetically layered EP.

High-powered luxury techno with a myriad of leftfield influences come through with spectacular force. Built for the club, ‘Branding Problem’ mirages heavy-duty synths with tech beats, a slice of Detroit techno with a distinctly British acid twist. Mad, evocative and suitable dance-friendly, we’re hit with a layered track mixing the dark and the light. The track peters off just after the middle mark- the tempo slowing enough to create a specifically distorted affair.

‘Legacy Pet’ carries along this deceleration. Mixed with a hardcore sensibility in mind, the slowed drums and trance synths amongst sirens blaring creates a distinct atmosphere of organised chaos for the floor. Both tracks fold in on themselves, like a disorientating rush of blood to the head. We are truly given an early Christmas treat by the mastery of Clark on ‘Branding Problem‘.

‘Branding Problem’ is out now via Throttle Records. Order a copy from Bandcamp.

Discover more about Clark and Throttle Records on Inverted Audio.