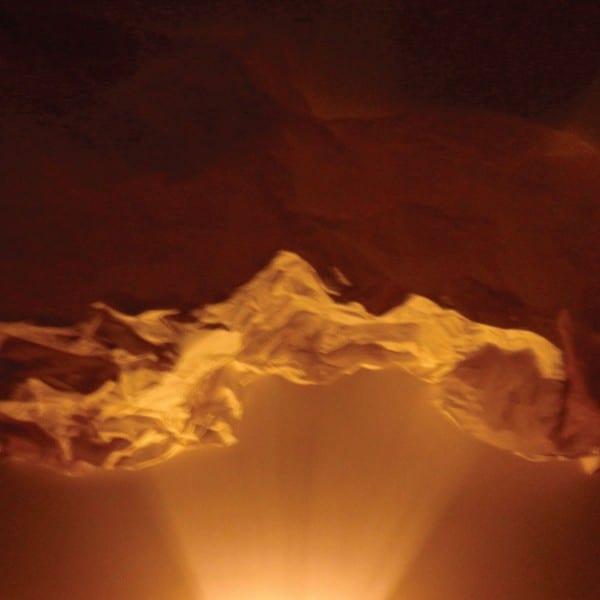 William Basinski and Richard Chartier are at the forefront of their genre. Depending on who you consult they are unstoppable monoliths of minimalism, mature pioneers of tape acoustics, masterful manipulators of algorithmic microsound or disgustingly inventive scumbags. Both began to garner recognition around the turn of the century (despite the fact that many of Basinski’s works date to the early 80s), and both have successfully carved out a musical persona within an ever expanding canon of ambient electronic music. Therefore, news of this collaboration is likely to induce frothing superlatives in the right circles. Yet it is difficult to predict what will result from the meeting of these minds – despite common allegiance to minimalist tenancies, they appear to take radically different approaches to their music.

Basinski is perhaps the crossover star of the minimalist world, his influence spreading into corners hitherto untouched by his techniques – eg Madonna. He toys with the workings of nostalgia, using decomposing repetition to evoke strange yearnings for a more innocent past. The intense emotional reactions his music fosters are also often underwritten by contextual stories and personal revelations. The Disintegration Loops was finished in New York on 9/11 and set to footage of the destruction from Basinski’s own apartment. Vivian and Ondine was composed as Basinski’s sister-in-law was heavily pregnant and was created for her unborn child. The result is that Basinski finds ways of directly addressing human experiences which are difficult to convey.

In contrast to the emotional immediacy of Basinski’s works, Chartier sounds meditative and precise. His minimalism points forward in an unforgiving quest for innovation, a desire to explore, develop and conquer new approaches and techniques. He charts the sonic effects of different frequencies, mixing delirious sub bass with piercing sine waves, and the strange spatial effects that can be created through subtle manipulations of tones. Everything has a purpose, and the blurry, muted sounds of Basinski are conspicuously absent. The result is that, rather than reflecting on the past, Chartier paints futuristic landscapes which often sound quietly threatening and devoid of human life.

This is not to say that Basinski is the heart and Chartier is the brains behind Aurora Liminalis. Rather, Chartier creates a more subtle and detailed development of moods across the piece, whilst Basinski adds some analogue density. The piece feels like a journey, moving imperceptibly between eerie territory and bright open spaces, industrial clatter and warm baths of noise. There are echoes of Basinski’s shortwave compositions sampling radio transmissions of anonymous musak, and there are plenty of Chartier’s geiger-counter crackles and whispy noises, all carefully modulated to stave off boredom. But as with any effective collaboration, it doesn’t simply sound like these elements have been hastily welded together. There’s a sense that each artist is reacting to the other changing their individual approach to fit a shared aesthetic.

With this in mind, any Basinski-ites hoping to get their heartstrings shredded by a reflection of human tragedy may be disappointed. Likewise, any Chartiery-ites hoping for another aggressive leap forward in sonic innovation may be disappointed. But taken in its own context, as a collaboration between two unstoppable monoliths of minimalism it holds its own as a gradually evolving, multifaceted piece.