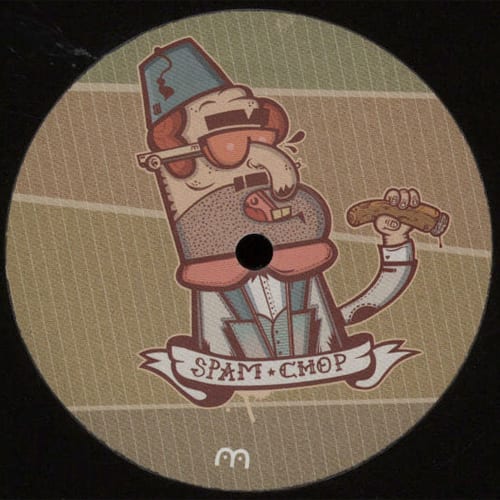 Nottingham based Spam Chop combines seemingly open-ended, unassuming explorations with a hard-nosed techno agenda to create a promising set of tracks, unpredictable textures around every corner. The Cuckup EP sounds like the work of a producer who is brimming with ideas and unconventional nuances, the sharper, acid-tinged end of his production tying up the looser, more whimsical elements, that at times threaten to become an end unto themselves.

The mellowness of title track and opener ‘Cuckup’ never quite reaches that assertive threshold that comes to define the latter numbers, and it’s the initial revealing of this techno flourish that is most effective. ‘Blergzz’ is the key culprit in this sudden shift of energy, the sharp percussion the only indicator of what is to come. 2-and-a-half minutes in, Spam Chop reveals the harsher eccentricities of his makeup, introducing an infectious bass hook without any warning, and, when combined with tight drum programming, results in an increasingly interesting shift in perspective.

There is no cushion with ‘Frames’, however, which drops you straight into an uncompromising, rigid 4 x 4 pattern. The colder, metallic elements work tightly around the overflowing bassline compression, but ‘Frames’ never stretches beyond its means, preferring to stay within the constraints it begins with. While an exciting collection of tracks, however, the EP fails to scale the heights it tantalizingly suggests. There’s more than enough on offer to warrant recommendation, though, and future Spam Chop releases should be firmly on the radar.