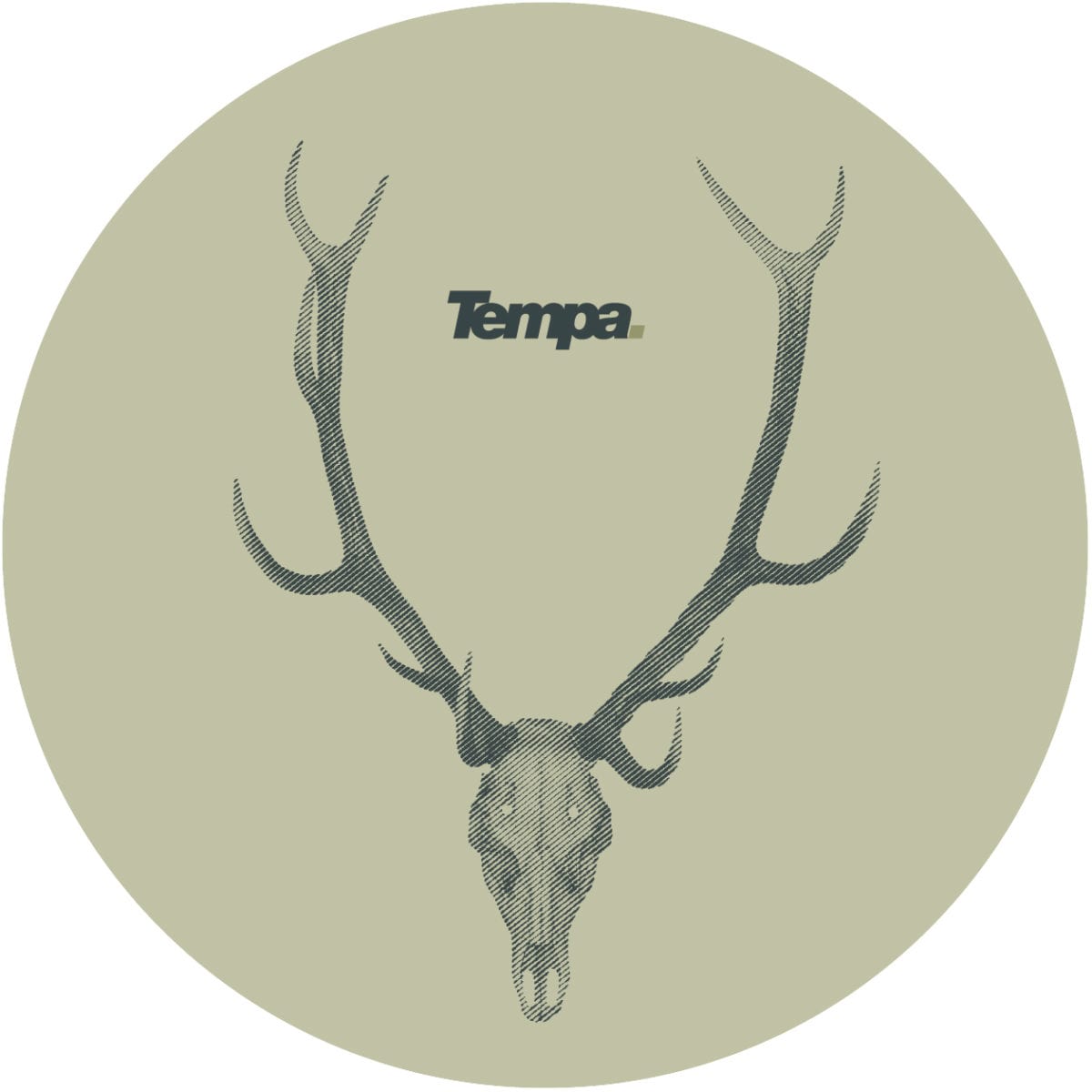 It’s undeniable that the tectonic reverberations of both SP:MC and Joker D (now LX One) in 2008/2009 solidified the very foundations of grim, gangster halfstep. Having both cut their teeth in the world of drum n’ bass for many years, their earliest entries into the territory of 140BPM – ‘Trust Nobody’/’Future’ and ‘Taiko Dub’/’Bad Dreams’ remain hallowed relics of the sound.

The immense space this tempo has afforded the two is legendary, as their trademark drumwork and slew of distressed basslines would cast down an influence over innumerable producers. Both remained unusually quiet on the production front until the last twelve months – which saw ‘Foreseen’/’Unidentified’, ‘You’/’Give It Up’ and ‘Down’/Judgment’ drop in quick succession; ushering in the beginning of a newly refined wave of halfstep purveyed by man like Icicle (aka Freeze), Verse, Sleeper and District, to name a few.

‘Hunted’/’Oh My Gosh’ sees SP:MC and LX One reunite for yet another release on Tempa. As per the nature of dubplate culture, both tunes originally surfaced from deep within Youngsta and Icicle’s record bags some time ago; and it’s only now that ordinary punters and DJs alike can truly get their share of the action.

As the lead tune here, ‘Hunted’ embodies everything you’ve ever loved about both producers – cold, hard drums, sermonic, cinematic samples and seismic bass. A pitched down vocal sample, indicative of both their styles, soon leads into that infamous SP:MC/LX One combo of kick/hat/click/snare. Sheens of dry, demented bass make for a rave-slaying affair, as ride cymbals industriously run amok an ethereal, murderous ambience and ancient, ‘Taiko Dub’-style percussion. A ravaging bassline brings breakneck ruffage to the mix, laying waste to the dance – each and every. Wheel it again, rudeboy!

‘Oh My God’ is a more linear affair, but relies on a righteous bassline and one of the crispest snares I’ve heard all year. As the beat bobs and retreats in a sluggish fashion, loose, languid oscillations flow beneath saturated rides and Loefah-esque vocal gasps.  Pokes also rears his head briefly via a cheeky sample before the drop. It’s not as big as ‘Hunted’, but it’s certainly a DJ tool to keep things rolling.

Whilst the similarities of both producers’ work are easily identifiable, they are not conclusive. Their shared preference for gutter basslines, gut-busting subs and flickering rides is merely a bi-product of their extensive experience in hosting countless raves as MCs; in effect, knowing what the punters want and how to deliver it. These are simply tunes built for maximum carnage in a backroom full of bassbins, where a loose, red-eyed host curates the vibe with his intermittent chatter. Late night Rinse FM vibes, indeed.