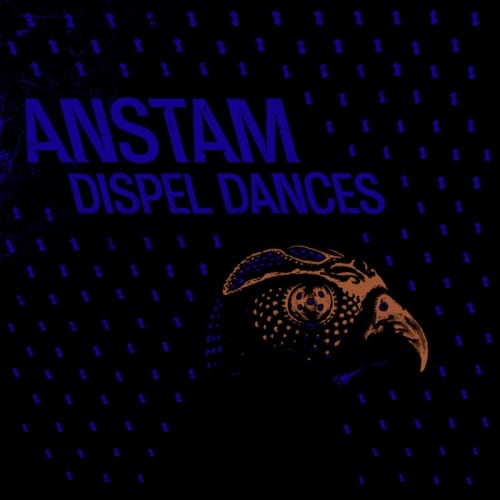 It has often been said that techno’s most intriguing offerings are borne of it’s most mysterious identities. Minimal techno godfathers Basic Channel were notoriously shy of self-promotion and media aggrandizement, and instead focused on industriously carving out a broad terrain on their own terms. Berlin’s Anstam is no different.

From 2007-2009, Anstam was a duo of like-minded heads meddling in a harrowing contusion of modern dance music funneled through a bold, leftist stance. They self-released a series of three mind-bending 12″s – ‘Brom’, ‘Aeto’ and ‘Cree’ – together, before parting ways in 2010. As of 2011, Anstam’s been a lone ranger. This year has seen the ever-elusive producer re-emerge on Modeselektor’s 50 Weapons imprint for a split with Phon.O (‘Albert’/’IL62’) and ‘Carmichael’/’Baldwin’, another 12″ of Anstam’s warped hybrid of futurist techno, electronica, dubstep and jungle. A well-received remix was commissioned for Radiohead’s ‘Separator’ not long after.

Whilst Anstam’s recorded output over the past four years has been somewhat limited in number, it has still had sizable impact and influence; boldly asserting his unique position amongst the wider sonic constellations of Berlin, London and Detroit.

Although you can certainly place your bets on who he may or may not be, you really don’t need to know Anstam’s name. His debut LP, ‘Dispel Dances’, is simply everything you should know. It’s a brilliantly grim, thumping and spasmodic statement of Berlin’s recent crossroads with the annals of UK bass music, both past and present. Equal parts Autechre and cyperpunk broken beat, it’s one of the most unusual and refreshing albums of the year.

Opener ‘Watching The Ships Go Down’ sets up ‘Dispel Dances’ as a wide-ranging platform for Anstam’s intense percussive displays and surreal use of sound and space. His incredible knack for placement and timing is strewn at the immediate forefront, as clinks, bongos, twisted xylophones and nightmarish arpeggiators run wild through a slithering cacophony of Autechre and Shackleton-inspired percussive tribalism. A distorted, jazzy bassline then provides a loose rhythmic contrast to the acute nature of Anstam’s programming.

The contrasts and unexpected turns that run deep on ‘Dispel Dances’ are perhaps it’s strongest asset. The intro to ‘Bitten By The Snake’ sounds like a DMZ war cry, but soon bursts into slabs of broken, fill-laden techno. Rolling drums collude with dread-inducing bass and percussion, before eventually folding over into blissful beams of light. ‘To All The Voices’ and ‘Statical’ are majestic, cinematic journeys of electronica reminiscent of Clark. Whilst it’s easy to make vague comparisons to other producers, it is more fitting to acknowledge that Anstam’s utility and sonic vision is wholly unique.

‘Stone Cold Hug’ is a shuffling arrangement of rimshots, disfigured organs and 808 cymbals. After a boisterous entrance, big-room-techno kicks are swept under bouncing arpeggios and glaring darkness. It’s in stark contradiction to the ‘build up and drop’ mentality of generic EDM, with Anstam preferring to start heavy, bleed a little, then escape through a melancholic exit.

‘Handsome Talks The Talk’ opens hard too, with a heavy hyper-jungle breakdown of Reece and breaks, before briefly teasing at a hint of melody through a Foul Play-esque stadium-rave synth line. It soon drops into dark, anxious terrain. ‘In the Bull Run’ takes the maniacal attention to detail of ’97 Photek to newer, busier levels, as Anstam works his signature dichotomies of clutter and space alongside a strong disparity of rough and smooth frequencies.

‘I Shouldn’t Even Be Here’ also embraces this strong sense of contrast, as a woozy plod is complimented by fidgety tribal vibes, heavy portamento, and a Girl Unit-on-codeine rhythmic breakdown.

‘Dispel Dances’ showcases Anstam’s sonic wizardy to awesome effect. The way he organises sound in an increasingly cohesive mess of controlled chaos and languid atmospherics is simply jawdropping. His ability to create majestic soundscapes and micro-rhythmic environments is just so striking. Anstam’s first LP lands at maximum impact, with a new stratosphere of cinematic rave and experimental manipulation that surely affirms him as one of dance music’s most unlikely exponents. It also makes a strong case for 50 Weapons’ continued status as one of the strongest labels around.

Even though the sounds and movements informing their work will no doubt change or pass by, producers such as Anstam, Objekt, Phon.O and Kanding Ray will always remain well outside the limits of dubstep, techno, jungle and electronica; as it is their ever-changing innovation and unique appropriation that makes them so relevant. It’s definitely a Berlin thing!