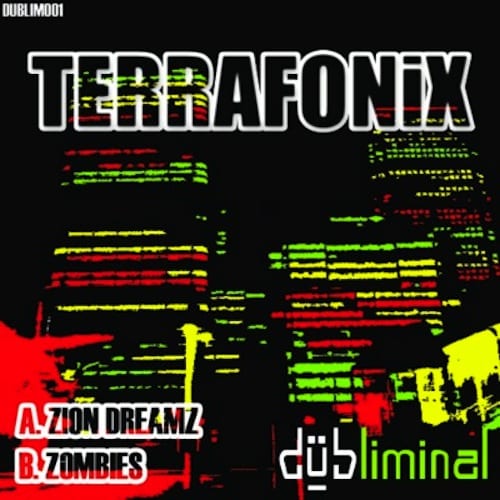 Although ‘Dubliminal’ has been in development for some years now, it was officially created in 2010 as the Brain-child of Cessman, in collaboration with partner in crime, DJ Potentz. Cessman first came to the attention of dub heads back in 2006 featuring on the coveted Deep Medi Musik first release, working on the track ‘Jalawanji’ with Kromestar. Shying away from the lime-light, Cessman has chosen to develop his own production techniques and build a growing collection of stripped back, forward-thinking dubwise music under the moniker ‘Terraphonix’, hosting radio shows and creating a support network of like-minded producers.

‘Dubliminal’ coins itself as an  independent multi-cultural, organic record label aiming to release music with creative freedom. In a market that is over saturated with DJ’s and producers playing an releasing mid-range modulated saw wave’s on the premise that the more ‘aggy’ a track is, the better the audience response, it is comforting to know that some are staying true to the roots. With an exciting roster of artists lined up over the next few years, including ‘Jazzy Jazzy’, ‘Dub Technicians’ and ‘Valour’, get ready for a ‘Dubliminal’ take-over.

‘Zombiez’ explores slightly darker territory, kicking off with a menacing synth line before dropping into short bass stabs and off beat ska licks. Once again, as the labels name suggests, careful use of atmospherics and minimal elements retain a poetic simplicity few manage to achieve so effectively.

With support on Kiss and Rinse FM, and from the likes of Mala, Hatcha and Silkie, we can only hope a bright future waits for the producers at ‘Dubliminal’. For me personally, unlike a lot of what has emerged from this scene over the past 5 years, this is music I can comfortably see myself listening to 10 years from now. These tracks have potential appeal to anyone who enjoys ‘Dub’  music , while also making a worth addition to a Dubstep or Techno DJ’s record box.