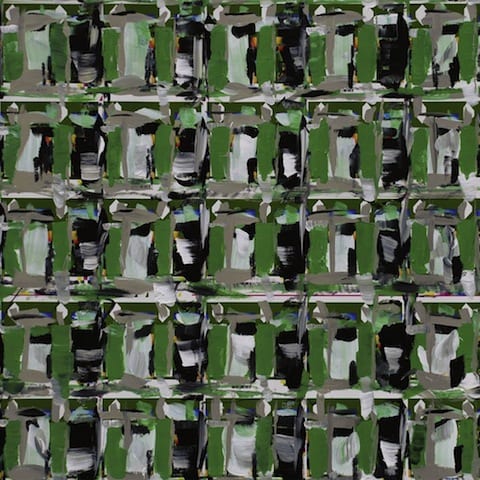 As a label Profan has released some of the most acclaimed and radical minimal music to date. When it comes to pioneers in this field Wolfgang Voigt is very much at the forefront of this movement.

In Voigt’s Freiland project there is one underlying theme; one single sound varied in many different ways surrounding the main basic idea of minimal-techno music: the four to the floor bass drum. In this case it’s a synthetic piano, which moves between rhythmical and abstract, between deliberateness and coincidence, within a somewhat predefined structure. Now this is not going to be everyone’s cup of tea, but bear with me.

Freiland-Klaviermusik stays true to the idea, maintaining its focus on music composed for the piano, but composed with a very different approach. Freiland Klaviermusik was inspired, by the work of Conlon Nancarrow (1912-1997), best known for his high-speed compositions for player-piano.

“Nancarrow is best remembered for the pieces he wrote for the player piano. He was one of the first composers to use musical instruments as mechanical machines, making them play far beyond the restrictions of human performance.”

In Nancorrows work, Voigt found strong parallels to his own; the search for unpredictability and spontaneity, often affecting his way of working, to find a symbiosis between man and machine.

For the 12″ release DJ Koze has created an incomparable remix that has the potential to make this track a massive floor-filler and in doing so he has effectively integrated all of the relevant and original piano parts of the track. Personally I think DJ Koze’s remix this will make this 12″ sell and is a lot more open to listeners

Together with the original version and the hypnotic minimal track “Verwandlung,” the twelve-inch Profan 33 Geduld Remix will be released alongside its CD counterpart. The release date of ProfanCD9 will also signify the debut of Wolfgang Voigt’s first official website (www.wolfgang-voigt.com) , which will present to this date, the most extensive overview of Voigt’s artistic work and philosophy.

Beside the official twelve-inch release of Profan 33 Geduld remixes there will a very limited (less than 200 copies) hand painted and hand signed issue, which includes a free version of the CD. You can only buy this record from Kompakt.fm.