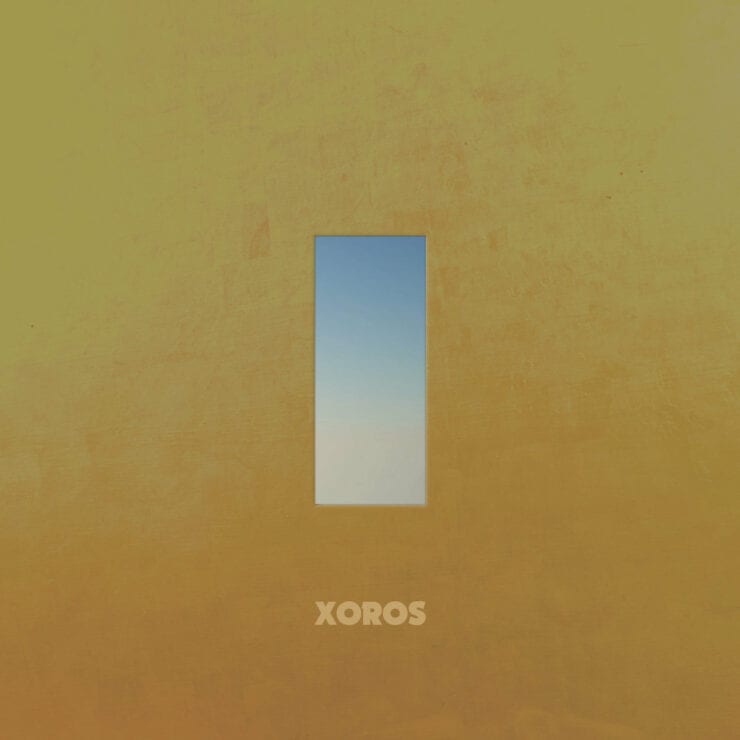 From the minds of Will Ward and Jack Wyllie of Portico Quartet and Szun Waves is a self-titled record only conceivable from two openly canvassed minds, joining forces to explore textural liminality across their craft on the off-kilter Truant Recordings. Both artists have their hand in the worlds of explorative jazz, ambient textures and classical electronic, XOROS standing as a kaleidoscopic window into their two universes.

Deriving initially from an experiment to use saxophone to mimic the textures of a techno record, the result was a temporal space that harnesses delicate elements to traverse the lines of ambience. Fleeting and oddly spiritual, XOROS is an intriguing first collaboration from the two artists.

Take ‘Opening’ as the first glimpse into their vision and you have a slice of Basinski-esque ambient noise, recorded naturally in their north London studio which then becomes a circular melodic phantasy that points to the hand of Jack Wyllie in his Portico Quartet background. The record shines with a haunting contemplation that hones in on the concept of making a whole out of tiny instrumental parts through loop sequencing.

‘Cascading’ works as a pinnacle for this slow-burning shimmery distortion, which almost creates a droning effect, whilst remaining angelically light. The tracks breathe with their own syncopated rhythm, working around breathtakingly organic spectrums of jazz like the track ‘The Gift’, to synth focused ‘Paradise Heaven’ and the warped live performance of ‘Master Blaster’. Drawing on the two artists extensive knowledge of the powers of sound manipulation and layering, the result is an ethereal glimpse into a hypnotic space of timelessness.

‘XOROS’ LP is out now on Truant Recordings. Order a copy from Bandcamp.

Discover more about XOROS and Truant Recordings on Inverted Audio.