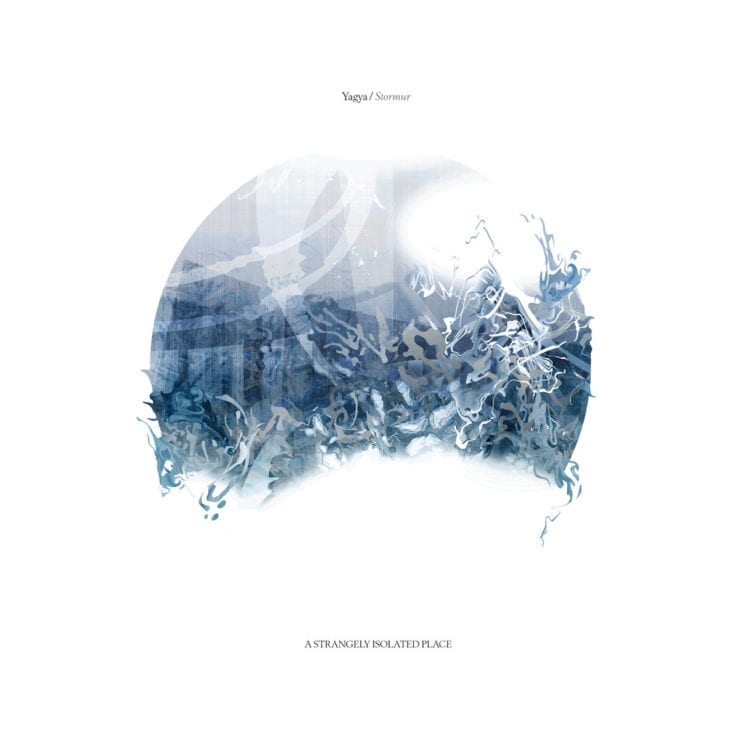 Some twenty years ago, I was digging away in Atlas Records on Archer Street in Soho. It was one of those record shops where the best records seemed to inexplicably lurk under the counter and most glorious discoveries were only made when Pete Herbert or another staff member chucked you some of these mysteries to listen to.

That visit unearthed Thule Records’ ‘River Electric‘ EP by Plastic – an early alias of Aðalsteinn ‘Steini’ Guðmundsson, better known now as Yagya. The tracks within still sound as if hewn direct from the rocks of this Icelandic artist’s glacial homeland – presenting a feeling as otherworldly, futuristic and unique today as they did at the turn of the millennium.

“I’ve always wanted to experiment with music and step out of my comfort zone, in order to have fun, keep it interesting, and perhaps learn a thing or two along the way”, Steini tells me over email about his latest release ‘Stormur’.  For many, following up an EP as strong as ‘River Electric‘ might prove tricky yet in the years since, Yagya has become a leading proponent of deep, atmospheric electronics and ambient dubby techno through albums such as ‘Ringing‘ and ‘Sleepygirls‘.

‘Stormur‘ steps further into dance floor territory with the origins of the album hailing, rather unpredictably, from the artist’s 40th birthday: “Before my birthday I decided to create a techno set to play at my birthday party. I felt like 140bpm was appropriate, and I needed about an hour of music.  So I worked rather quickly to create that, more for fun than anything…but I never felt completely happy with the music or sound so I spent over a year working further on it all. Stormur ended up being much slower than originally planned, and closer to my previous releases, which turned out lovely.”

And lovely it is too with the digital format presented as a continuous mix of euphoric, mid 120 to 130 bpm shufflers absolutely guaranteed to raise many a synaptic twinge. Yearning melodies hang loaded with intangible mystery across a backdrop of propulsive bass loops and cranium tickling, psychedelic synth work. The production is warm, almost analogue sounding with subtle modulations and pitch variations – I can’t help but quiz him about his approach.

“I use software only for sound production, but I try my best to make it sound organic and alive. There are a few plugins that can produce some slight variations in pitch, similar to how old tape machines sound, and adding saturation emulation and noise makes the mix sound more like hardware, in my opinion… the hardware that I truly adore is good speakers, they can tell me if the music is interesting and sounds good..The mastering engineer also plays a vital part in all of this, and I believe Lupo (at Calyx Mastering Berlin) used some analog hardware to make it sound the way it does now.

Erased Tapes’ Japanese vocal performer Hatis Noit adds subtle additional atmospherics to the album – the two having met in Japan back in 2013, originally collaborating on the ‘Sleepygirls‘ album. Steini explains how they hooked up again:  “She was travelling in Iceland at the end of December 2016 and I asked her to record some vocals.  We recorded various things, including many short vocal sounds which are used as percussion in almost every track on Stormur. Hatis has a very unique vocal style and is a brilliant artist, so I was very honoured and grateful that she provided vocals for this album.” – Their combination sparks something particularly unique on ‘Stormur niu‘ – a wonderful shuddering, driver of a track featuring whispered vocals in Japanese from Hatis.

There’s further good news too as Steini explains there are two new projects in the pipeline “…one that I recently started (techno) and one that is half way done (ambient). I have no live gigs planned right now, which is nice because then I can concentrate on making new music, which I love the most.”

Presented as always by A Strangely Isolated Place with the utmost attention to detail, Stormur is available from May 6th in transparent blue marbled vinyl (400 copies), and black vinyl (200 copies) housed in a matte-laminated gatefold sleeve, including a full mixed-album CD and digital download. Order a copy from Juno.

Discover more about Yagya and A Strangely Isolated Place on Inverted Audio.