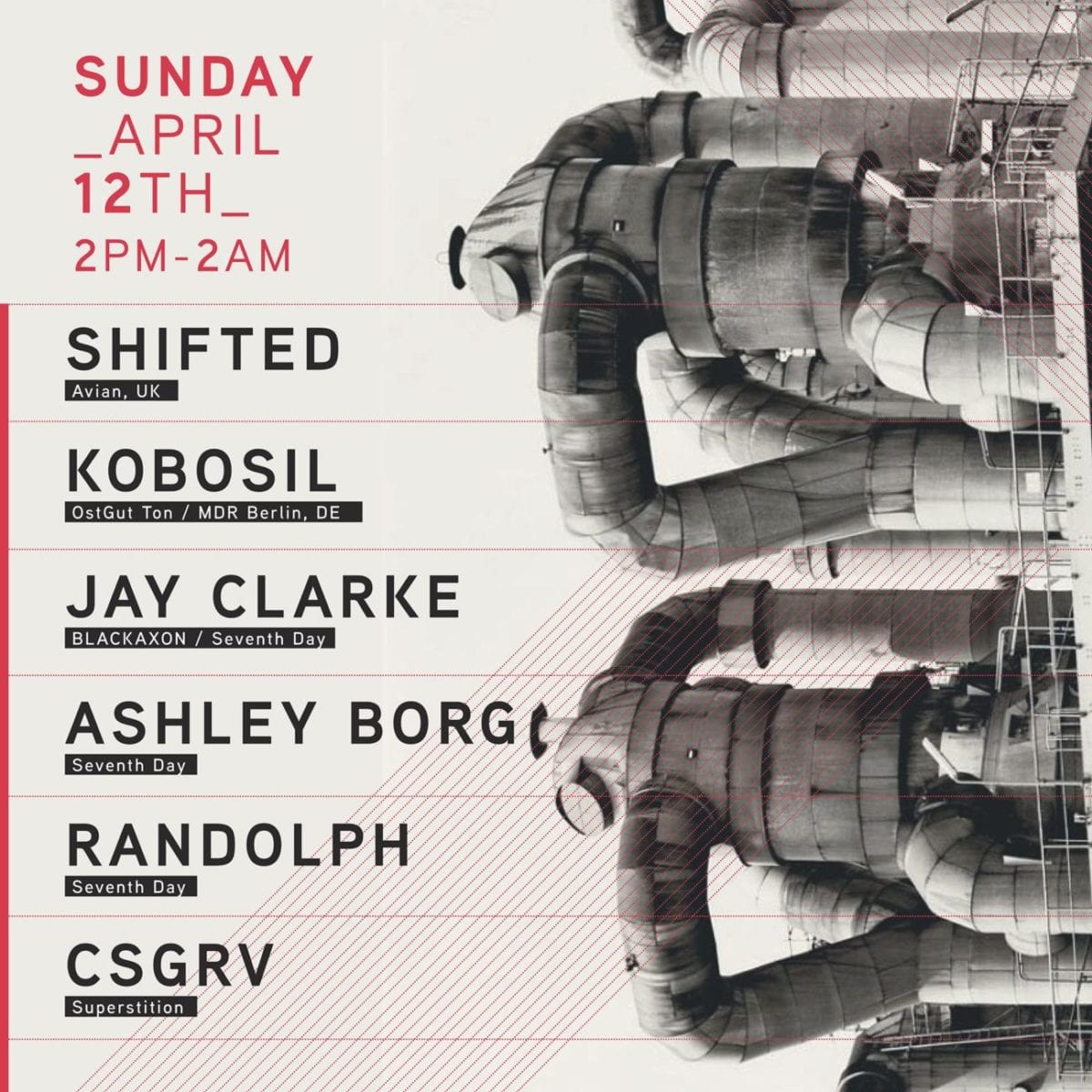 Shifted, real name Guy Brewer is an industrial and dub techno producer from the UK and is also co-founder of the Avian imprint alongside Ventress. He started his career as one half of the drum ‘n’ bass duo Commix and then moved onto producing Berghain style techno and intricate sonic textures, drenched in shadows that techno lovers can rejoice in. If you haven’t had the chance to see Shifted play, Village Underground’s cavernous warehouse styled space, then this is the time to do so.

Kobosil is a German based DJ and producer and has released records on MDR (Marcel Dettmann Records) and Ostgut Ton’s sub-label Unterton. His take on techno is 100% raw, driving techno. Having only been releasing music for the past 3 years, it’s a great opportunity to see Kobosil play at Seventh Day.