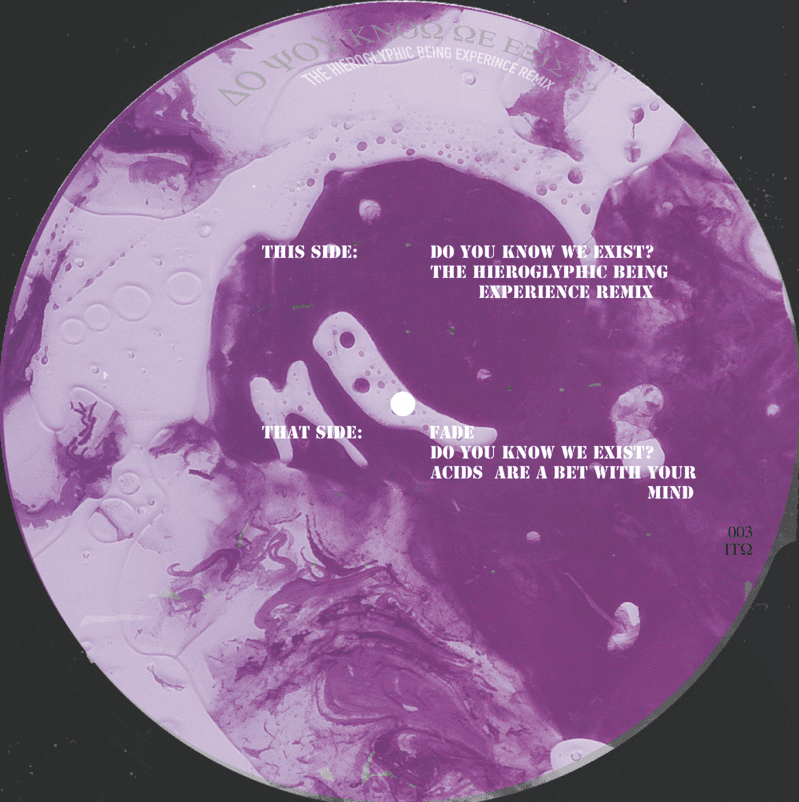 Following a string of collaborative assays with Dance Mania figure Parris Mitchell and another strong pair of solo efforts released through his own Istheway imprint, Verona-based producer Shinoby is now set to inaugurate 2016 with a fresh new four-tracker.

Do You Know We Exist? EP marks a slight shift in Shinoby’s wonky blend of 4/4 hitters and hip-hop-friendly broken beat rhythms, putting into orbit three hallucinogenic satellites for the floor and another boundary-exploring reinterpretation from high-riding American producer Jamal Moss under his Hieroglyphic Being guise. Be prepared! Saturn’s rings are about to go hula-hoop.