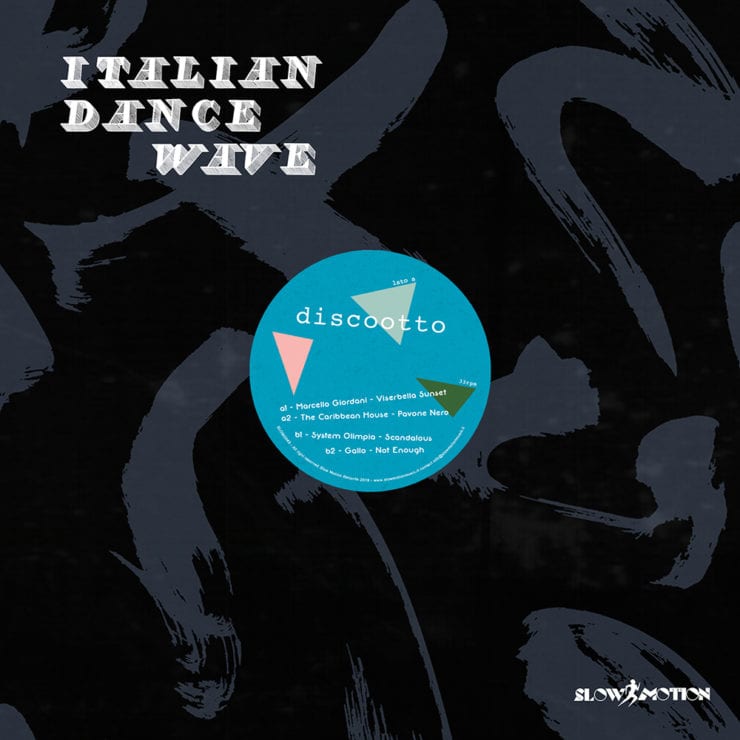 Slow Motion Records return in June to fuel up your Summer with two brand new additions to their esteemed Italian Dance Wave Disco compilation series, featuring a choice selection of Italo dance wave from an array of Italian producers.

‘Disco Sette‘ kicks off with a sultry disco track from Marcello Giordani. Altieri steps up next with a dancefloor belter that will make you sweat the night away. On the flip, Lukebox deliver a more downtempo, modular affair that is a guaranteed banger. Closing out the record are The Carribean House with ‘Pavone Nero‘.

‘Disco Otto‘ opens up with a biting deep house track from José Manuel, paving the sound waves for System Olympia’s chugging beat driven track ‘Scandalous’‘. On the flip, Robotalco charms listeners with his proto-house groover ‘Cheers in Space‘, whilst Gallo closes out the record with ‘Not Enough’.

Both VA compilations are available in vinyl and digital formats – Disco Sette is scheduled for release 10 June, whilst Disco Otto is available from 15 June. Order both copies from Bandcamp.