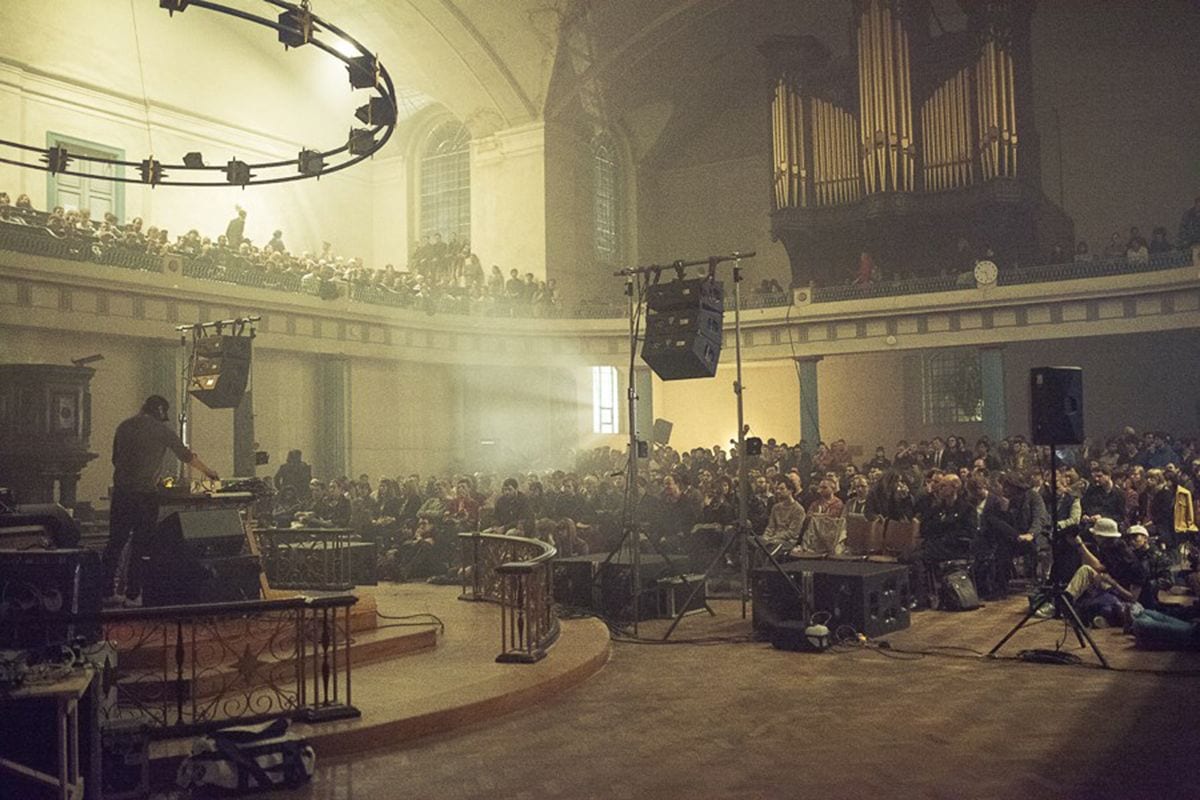 From his early days as an unlikely player in the nascent bleep-house movement, Biosphere‘s  more than comfortably settled into a monolithic groove as one of the greatest ambient artists of all time. Sampling everything from Twin Peaks to abandoned silos, he’s a master of ‘arctic ambient’; sound that invokes an environment from the icy tundra (on the landmark Substrata) to Japanese nuclear silos (2011’s N-Plants) to St John’s Church in Hackney. Biosphere’s live sets are notorious; a towering testimonial to his enduring appeal – taking in the full breadth of his work from field recordings to plucked strings, ambient blips to jazz-inflected rhythms.

Perc, the man better known as Ali Wells, even better know as the standard-bearer for 4/4 brutalism, has garnered serious praise for his stunning string of solo releases and his  Perc Trax imprint. But the keen eared will have noticed an experimental undercurrent bubbling through his work. St John Sessions will see Perc perform a rare improvised ambient live-set, only seen once before at Krake Festival; a mixture of unreleased tracks, dub mixes and new compositions created on the fly. The tracks and performance will be influenced and informed by the St John church and will make the most of the extreme size and acoustics of the space. For a preview of what to expect, we suggest you listen to IA MIX 102 Perc, a recording of his live performance at Suicide Circus, Berlin for Krake Festival.

EQLS are an experimental collaboration that explores a sound world consisting of analogue synths, looped sampling, found sounds and processed electric guitar. Born from extended improvisations over the course of last summer, the resulting tracks capture an immersive electronic music that explores the balance between rhythmic and ambient, the performed and the programmed. They’ll be presenting their rhythmic ambience to St John Sessions in a live piece especially composed for the event.

Watch our video interview with William Basinski and look at our photos with Actress x Werkhaus and Tim Hecker, Pete Swanson and Vessel from previous St John’s Sessions.