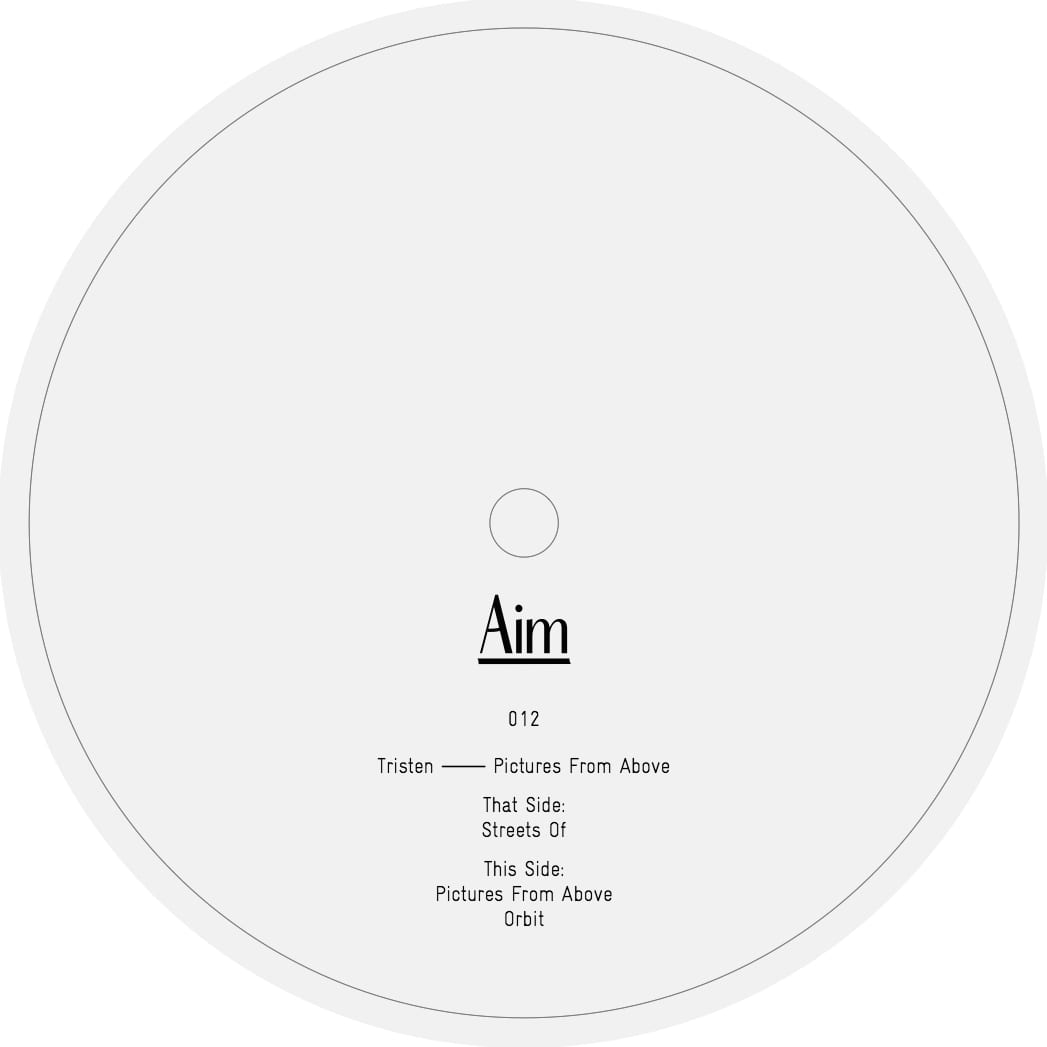 Aim is an independent record label based in Berlin, operated by DJ and producer Tristen. Since establishing the label in 2010, Aim have released records from the likes of Oskar Offermann, Moomin and Christopher Rau amongst others.

Aim now celebrate the release of their 12th record by none other than label boss Tristen. To say that this is long overdue is an understatement. Aim #12 continues the label’s impeccable taste for deep and warm grooves perfect on those wintry days.

Aim #12 is released 28th May 2014 and will be available from all good record stores. Inverted Audio is proud to offer an exclusive stream of the third track from the record “Orbit” via Soundcloud.