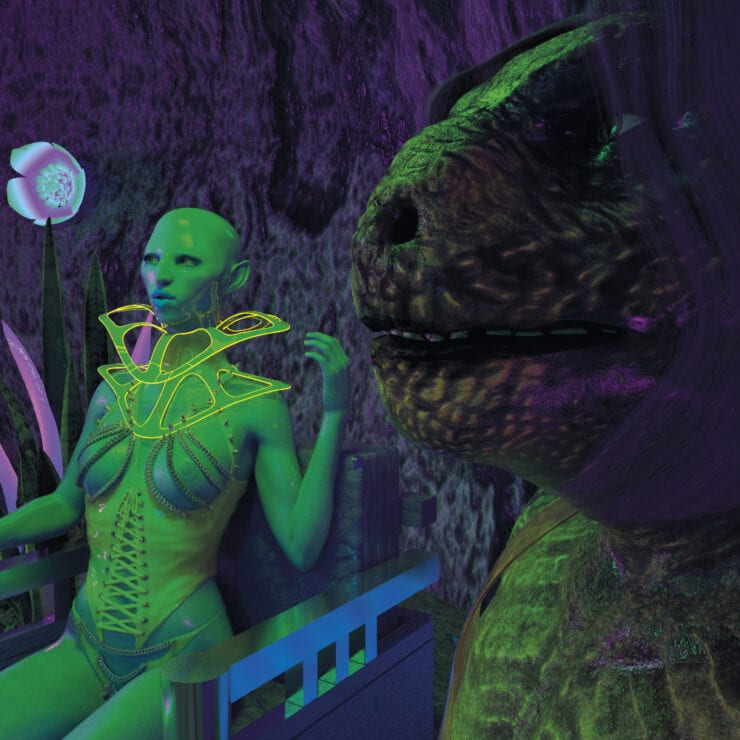 Berlin-based producer Tornado Wallace has announced the release of his next mini-album on Optimo Music.

‘Midnight Mania’  is a hallucinogenic kaleidoscope that merges techno, house and electro tropes with ritualistic acoustic percussion and trippy sound design. As Wallace describes it, the music is “inspired by earth, both the planet itself as the small insignificant celestial being in the great cosmic story, and earth – the dirt itself – the womb and the tomb of life‘s mysteries and wild manifestations”.

The Balearic-tinged title track is set for a digital release ahead of the mini-LP, on 28 February, along with an accompanying video created by 3D video artist Stacie Ant. Ant’s video depicts scenes from a bizarre psychedelic dream Wallace experienced whilst listening to the track, and is interspersed with visuals by fellow 3D artist Martin Onassis.