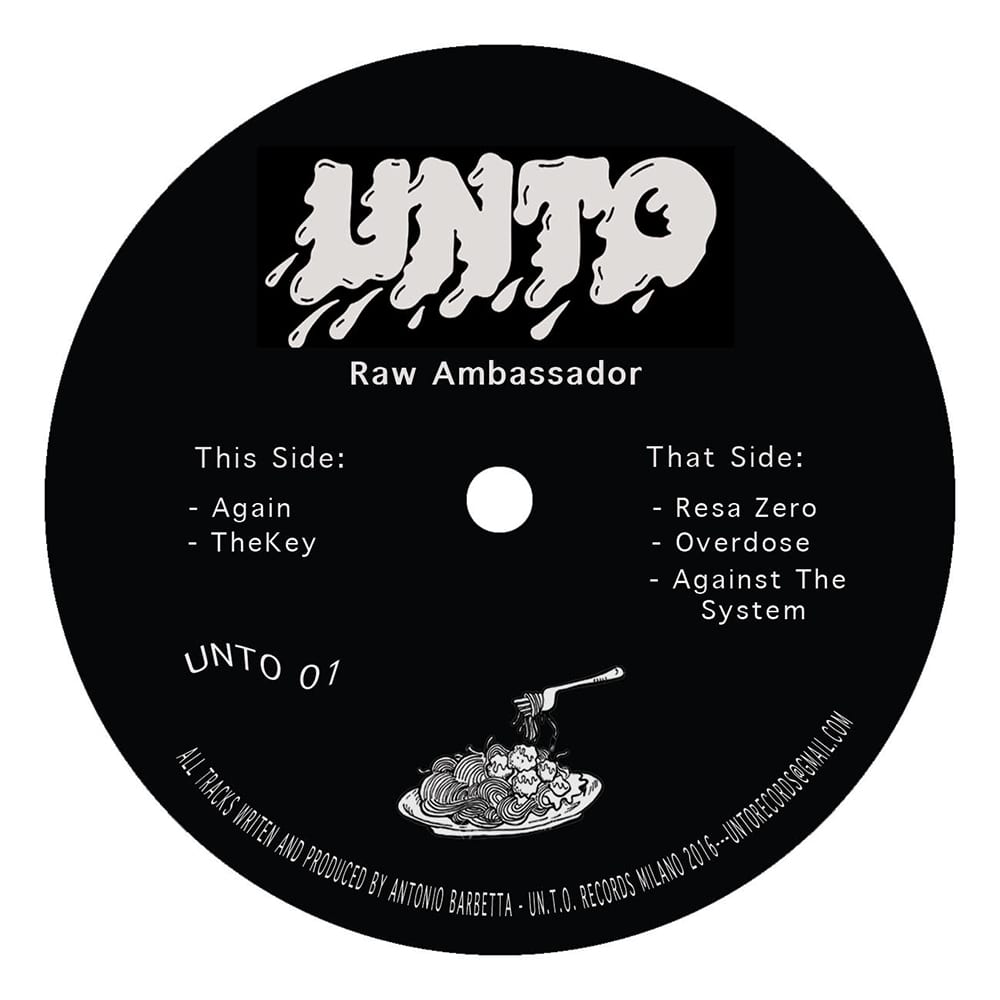 Fitting somewhere between Josh Wink’s lysergic energizers and NGLY’s dust-coated, lo-fi mind-benders, this opening 12″ will most certainly please anyone on the look out for filthy club-wrecking business.

Tough Steel is released via UN.T.O. on February 29th in a limited run of 300 copies, pre-order a vinyl copy from Red Eye Records.

Discover more about Raw Ambassador and UN.T.O. on Inverted Audio.