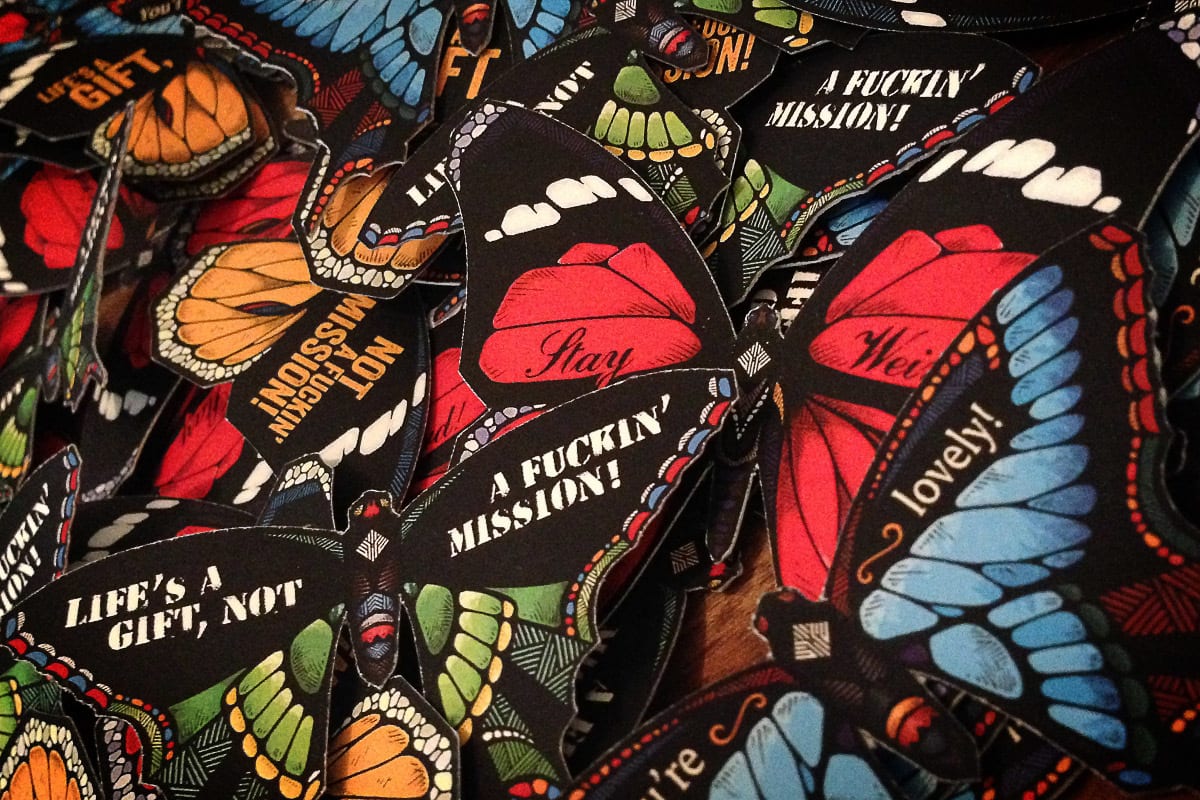 Andreas Preis is an illustrator, designer and digital artist from Nuremburg, Germany. His work is done by hand and he employs various agents such as fineliners, markers, pencils and brushes to create his works. Andreas is also a DJ, VJ and part of the Elektropastete collective.

For those of us not in the know please can you introduce yourself, where you are from and what is it that you do?

You’re very welcome, and thanks for your support! My name is Andreas Preis and I’m an illustrator, designer and VJ from Nuremberg. Right now I’m working as a freelancer for different agencies and clients specializing on the field of illustration.

Why did you decide to go freelance? What opportunities, projects and challenges has this decision thrown at you?

When I finished my studies, it just kind of happened. There was no real point where I said: ‘Yeah, that’s it!’ I had this sudden opportunity to move in with a great guy from my university and I didn’t want to work in one of the agencies here in Nuremberg.

I started to work on my own to build up a portfolio for illustration. The biggest problem for an illustrator is that nobody knows you and especially nobody needs you. A friend from Berlin who’s also an illustrator told to get an agent, so I sent my work to different agencies. Right now I have two: ArtBox and Re-Searcher . It took me almost a year to get my portfolio together and my first own agent. I didn’t really earn a lot for a while, but I guess it was worth the wait…In past few months I’ve got some really interesting jobs and hopefully this is just the beginning

You’re also into electronic music. Does music play a creative part in your work?

Yes, very much so. I’ve always listened to music and I listen to music every day without fail. It’s not just electronic music, I listen to a lot of different stuff. I love Hip Hop mostly from the 90s and I’m notorious for annoying my roommates with lots of Hardcore and Metal. There are in fact a lot of pieces in my portfolio, which were inspired directly from specific songs; some have lyrics in them, some have song-titles and so on.

What are your graphical influences?

The people around me, stuff I find in the internet, nature, the city, street art and other artists.

How did you get involved with the Elektropastete collective?

My roommate and I worked at the same bar here in Nuremberg, he was a barkeeper and I was DJing. Somehow we decided that we could create a ‘cool’ party together, because that’s really not what Nuremberg’s known for. A few days later, there were a lot other people who joined us and I guess that’s how it all started. Now when I think back three years ago its got a lot bigger and more serious and I guess. We’re all curious as to what will happen in the future.

What do you try to convey in your work? What previous experiences / projects have helped formalize your output?

Hmmm. Sometimes nothing, sometimes just a line that I like, sometimes just some kind of emotion or atmosphere that inspired me. Right now, I often can’t give you any specific reason why I do what I do.

My style is the result of more than two years of development, it also didn’t emerge like that on purpose. I started all this illustration stuff in my last year at university. I think this only had a minor influence on my actual output. In fact, I’m not a big fan of my thesis anymore (even though I still like the concept!).

What do people know you for; do you have a signature style?

For what I’ve heard and read on the internet it’s the hatching’s that I do. I always start with a black & white drawing, sometimes I colorize it, sometimes I don’t. My drawings are quite edgy with thick outlines and lots of details, but still realistic. In the end, it’s always the patterns and hatching’s which people recognize. I started to do people, especially portraits and faces. Recently I’ve  been experimenting with animals, ornaments and fantasy.

What have you been working on recently and what should we be looking out for in 2011?

Right now, I’m working on a series of posters. They’re quite complex and elaborate, so it will take me a while to finish them. Over  the next couple of weeks some of my commissioned artworks will be released. I hope I make more of them in 2011. Oh, and I’m moving to Berlin, hooray!

Still drawing in front of my desk I guess…

Are there any other artists we should know about?