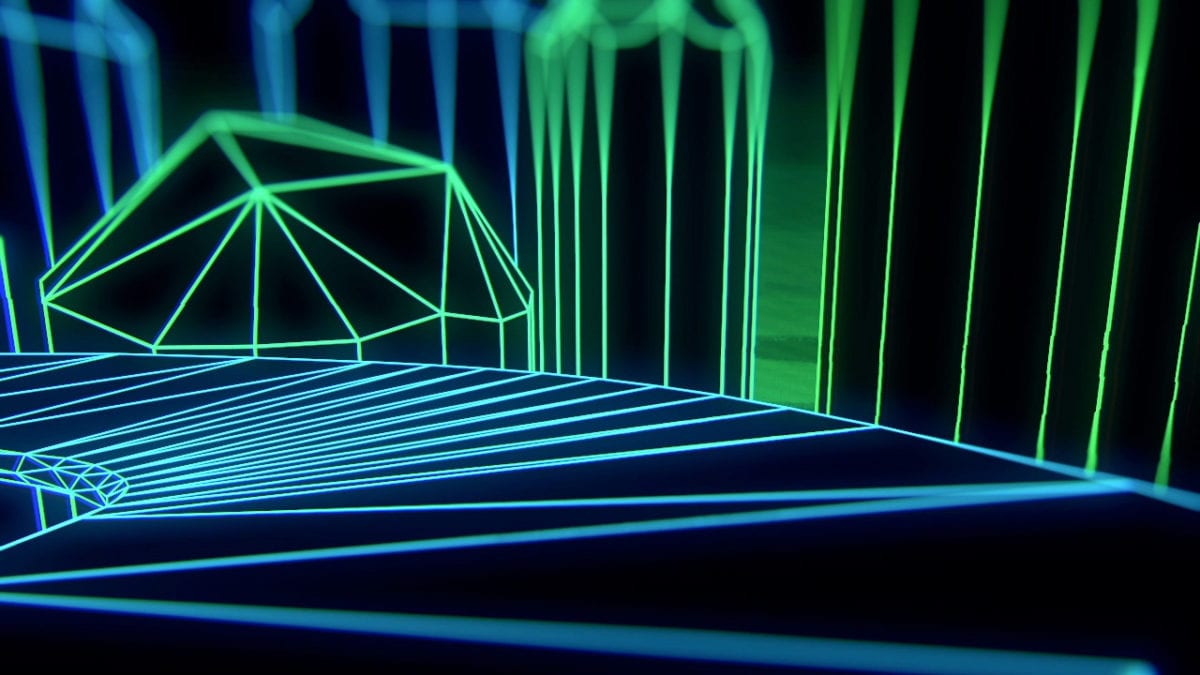 Mike Winkelmann is a graphic designer living and working in Neenah, Wisconsin, USA. Beeple is the pseudonym for his personal work that includes short films, live visuals, graphic design, music and drawings. Most of his current work focuses on ways to visualise music through the medium of video.

His work has screened at onedotzero, Siggraph, Optronica, the Ann Arbor Film Festival, the Milwaukee Art Museum, the Chicago Underground Film Festival, and many more.

We came across Beeple’s work whilst browsing through Flying Lotus‘ visual artists on his Brainfeeder label. Once I saw his extensive collection of videos on his Vimeo channel I knew instantly that we needed to delve further into Beeple’s mind-set and find out who is responsible for this creative output.

Who are you, where are you from and how old are you?

My name is Mike Winkelmann AKA Beeple and I’m a graphic designer from Neenah, Wisconsin, USA.  I’m 29 years old.

What character would you be in a computer game?

I think I would probably be one of the easier enemies to defeat, like one of those docile little blue and red blobs that were in the grass levels in Zelda 2 that you could kill super easily just to gain experience and health.

How did you get into visual arts?

I’ve always been a pretty visual person and in college I started making short films.  I’ve also been interested in computers and electronic music for a long time so they all just sort of came together into what I do now.

You seem to be extremely creative, literally putting out tons of amazing stuff everyday. How much of your working day is taken up by being creative and what challenges does this expose you to?

I would say at least a couple hours everyday are spent on working on films or VJ clips or my renders of the day.  I think the main challenge with that is not only finding the time, as sometimes it’s not very convenient but also coming up with something everyday. To be honest, usually I have very little interest in doing my render of the day, but I know if I don’t do it, I’ll feel like a total bum.  so i slog though it and by the end I usually have made a least some sort of tiny creative victory or discovery.  Usually these are pretty frigg’n small though but when they happen on a daily basis, they can really add up…

Are you working freelance (only)?

Actually I have a day job designing websites and that is what pays the bills. My personal work and professional work are very much separate and that’s how I prefer it.

You’re working in C4d, PhotoShop, AE, but also enjoy using analogue tools such as watercolors and pencils – How does this influence your work?

I’ve been working pretty much entirely with the computer lately. I try and give my work a bit of grungy, not so polished look, but again, this is with the computer. I used to draw and shit a bit more but I find it extremely frustrating not having the ability to “undo” in real life. Pretty much everything I do is based on an extreme amount of experimentation, which is not always possible in real life when you’re physically drawing a picture. That and I feel like my fingers and hands are pretty much retarded and that I have very little control over them. I have the fine motor skills and drawing ability of a tiny baby.

Do you think drawing is important for visual artists?

Yes and no. I think drawing in a broad sense is important because flow and balance and composition, etc. are all important parts of design, but i don’t think you really have to be great at physically drawing to be a good visual artist.

Do you see a difference between art and design?

Art to me is some form of expression with no bounds. Design to me is problem solving. I think design is using the tools and limitations of your skills and time and medium to produce art. I personally try not to think about this shit too much though as I feel like it really doesn’t matter that much.  What matters is what you actually do, not what you call it.

I’ve recognized a change in your look and style in your Vimeo clips, which also goes very well together with the music you’ve chosen for each video: For example 10 months ago it seemed to be more industrial like (controls), now you’re using music warm analogue sounding tracks from the likes of Teebs. How do you explain your personal and stylistic progression?

I guess I probably just get sick of shit. I think the only way to really change your style is to just sort of work through it.  You keep doing seemingly the same shit, over and over and then slowly you see it start to change and shift into something new. This is definitely not a conscious change on my part, I just do whatever I’m feeling that day.

Your body of work in motion graphics covers a variety of styles and appearances – I would call it pure 3d-eclecticism. What do you think of the “mantra” that digital visual artists should find “their own style” in order to survive?

Well I guess that really depends on your definition of “survive”. I mean really, anyone can just keep doing whatever the shit they want and if people like it, they’ll check it, and if they don’t like it they won’t. I think in terms of finding some sort of style, I would say to not really worry about that, just worry about making work.  If people see a style that you have, great. If they can’t … that’s ok too. I notice certain patterns and things I usually do with my work but these are always sort of after the fact, like, “oh yeah, I guess I sort of did they kind of thing before here” but it was some premeditated choice to try and develop some sort of style to make myself stand out in anyway.  I think having a style is great but personally when someone’s style is too rigid I sort of look at them like a one trick pony.

Are you influenced by the music you work with?

Yes definitely music is probably the single biggest influence in my work.

What music are you listening to at the moment?

I’m mostly listening to all of the shit coming out of Brainfeeder right now since I get all of the albums for free now.  They’ve got some really awesome artist on there and it really feels like they’re pushing boundaries instead of re-treading old ground.

How did ‘Kill Your Co-Workers’ come to fruition? How did the collaboration with Flying Lotus and his Brainfeeder label come about?

Steve actually just emailed and called me out of the blue to ask if I wanted to do a video for him. To be honest, I’d never actually heard of him before then, but I had inadvertently heard a lot of his music since I was listening to a Pandora station a lot seeded by an artist named Dabrye who is very similar.  So without knowing it, I was listening to and really into a lot of his music before ever hearing of him.

You’re publishing most of your work under the creative commons – What’s your opinion on Open source?

I think it’s a great way to push things forward. I feel like people in the visual community at times are too concerned with protecting their secrets and tricks. I feel like this is really stupid as you can gain a lot of exposure and help people along the way by not acting like your shit is too fucking important and magical to not share the process behind it.  We’re artists here, not magicians so I don’t see the reason to try to hide anything. I think me releasing my project files and shit also helps me move on  and push myself because it’s like… “Well, that’s already out there and everyone knows how it’s done. So if i do the same thing again, that’s gonna be pretty lame.”

Do you have any secrets or words of wisdom you’d like to share to beginners and young pioneering students?

Who are the guys you learn and gain inspiration from?

I learn from so many people on a daily basis that it’s almost pointless to name names. The sites I frequent to hot shit being made are Motionographer, Design You Trust, Cruizine, Design Is Kinky, ROJO, Vimeo, and many other random ones.  I learn a lot from looking at people’s reels and videos and watching them frame by frame.  If you just slow things down to that level you can see a lot of the shortcuts and tricks people use.