Following the release of Factory Floor‘s self-titled debut album in September 2013 via DFA Records, we caught up with Gabe Gurnsey, drummer of Factory Floor, to discover how their lives have developed since the release of the album. We also sent our in-house photographer Jaroslav Moravec to the band’s now-demolished warehouse in Seven Sisters, London to capture their final week in the studio.

Since you released your debut album how have you personally dealt with all the touring, shows, hype and attention?

It’s definitely brought more of a focus into our live shows since releasing the album. Before its release we were writing a lot on stage and developing the tracks that eventually made the album and now they are there as foundations in recordings we’ve been able to really tighten them up but also push them a lot further sonically. It’s also really great to hear audiences recognising our tracks when they kick in!

Which of your shows have really stood out to you and why?

2014 US west coast shows and the New York show! The audiences were amazing and the feeling when we came out on stage and people were ready and waiting for a sonic blast was so warm. Such an atmosphere in there. They were really electric.

We last saw you at the end of 2013 when we visited you at your now demolished warehouse. Do you feel that the demolition has removed part of the genetic make up of Factory Floor?

In a lot of ways we are happy we were forced out of Mono House. It was a suitable end to the chapter of recording and writing our debut. Two years is a long time in one place and as much fun as we had there it also came with a lot of difficult times and pressures. So we look at it as a fresh beginning rather than anything having been removed from FF. Change is good!

Following the demolition, where have you relocated to?

We’ve been scattered across the UK! North and South. Gabe is the only one remaining in London, slowly going mad. 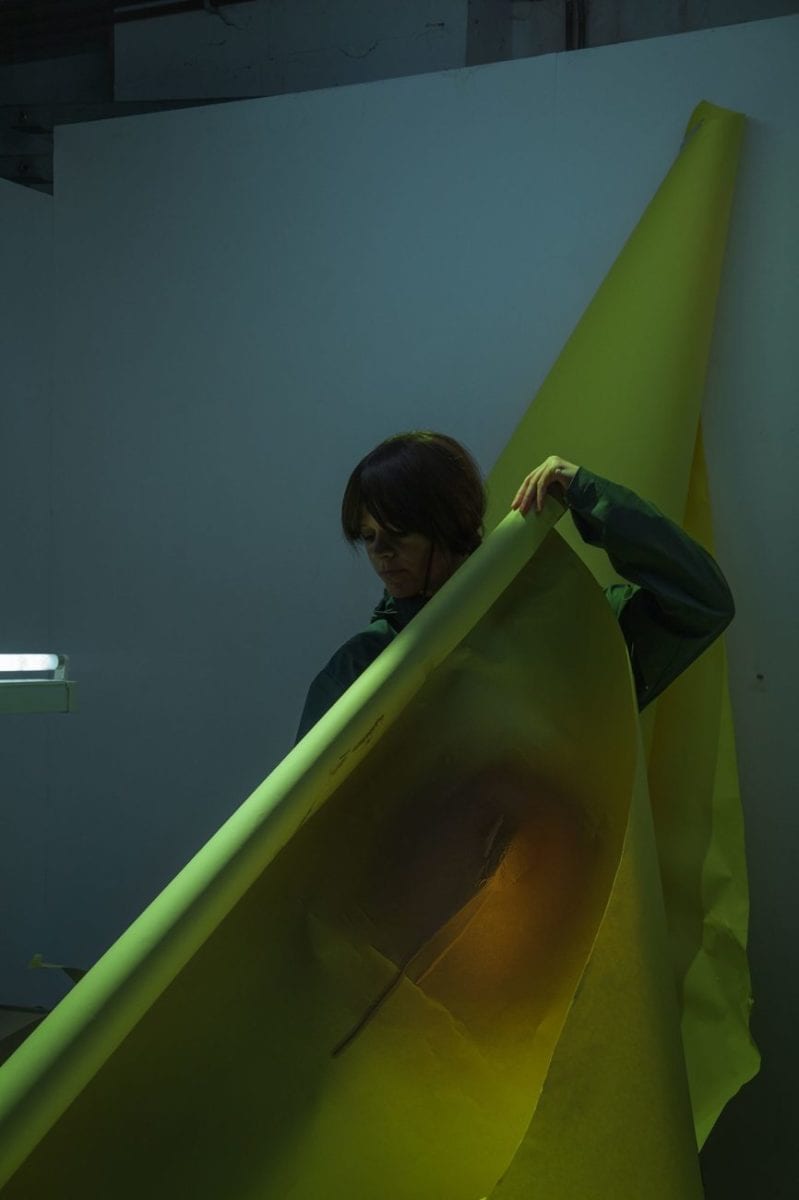 Tell me about your photo shoot with Jaroslav Moravec for Inverted Audio?

We’d just got back to the warehouse that same morning after being on tour in the UK. Jara must have thought we’d been dragged through Seven Sisters tied to the back of the tour bus the way we looked! The warehouse was a really interesting space for photographers, so much going on there, so much gear and a view into how Factory Floor worked and lived for a time.

Jara was inspired and set to work on his ideas really quickly, trying to incorporate as much of it as he could before Gabe passed out. It was nice that he captured us in our now finished chapter and now demolished studio.

Have you started writing new music or are you still busy playing shows and travelling the world?

We’ve just started writing new tracks and we are really excited and inspired at the moment. It’s been a busy few years and we’ve learned a lot both live and from collaborating so now we feel ready to venture into a new phase.

You’ve recently released two remix EPs for ‘How You Say’ – tell us about the remixers and why you chose them?

These were all people we’ve individually been listening to at the time of choosing who we’d a like a remix from. They are all really amazing remixes. We want “Fall Back” remixed, any takers?

Do you have a favourite remix?

They are all equally amazing. We couldn’t pick an absolute favourite.

You’ve been playing shows with video artist Dan Tombs, who’s also responsible for the ‘Turn It Up’ music video. Tell me about your relationship with Dan and how you came to work together?

We’ve known Dan since the early days of Factory Floor. He was doing some early work at a warehouse party in London we were playing at and it just seemed to fit really nicely with our sound. Since then we’ve worked on some amazing stages and screens together and to be able to watch such intense visuals while you’re performing really adds to the live experience for us on stage. He’s always growing his set up and trying new methods of performance as are we, so it’s nice that we have grown together the past years. 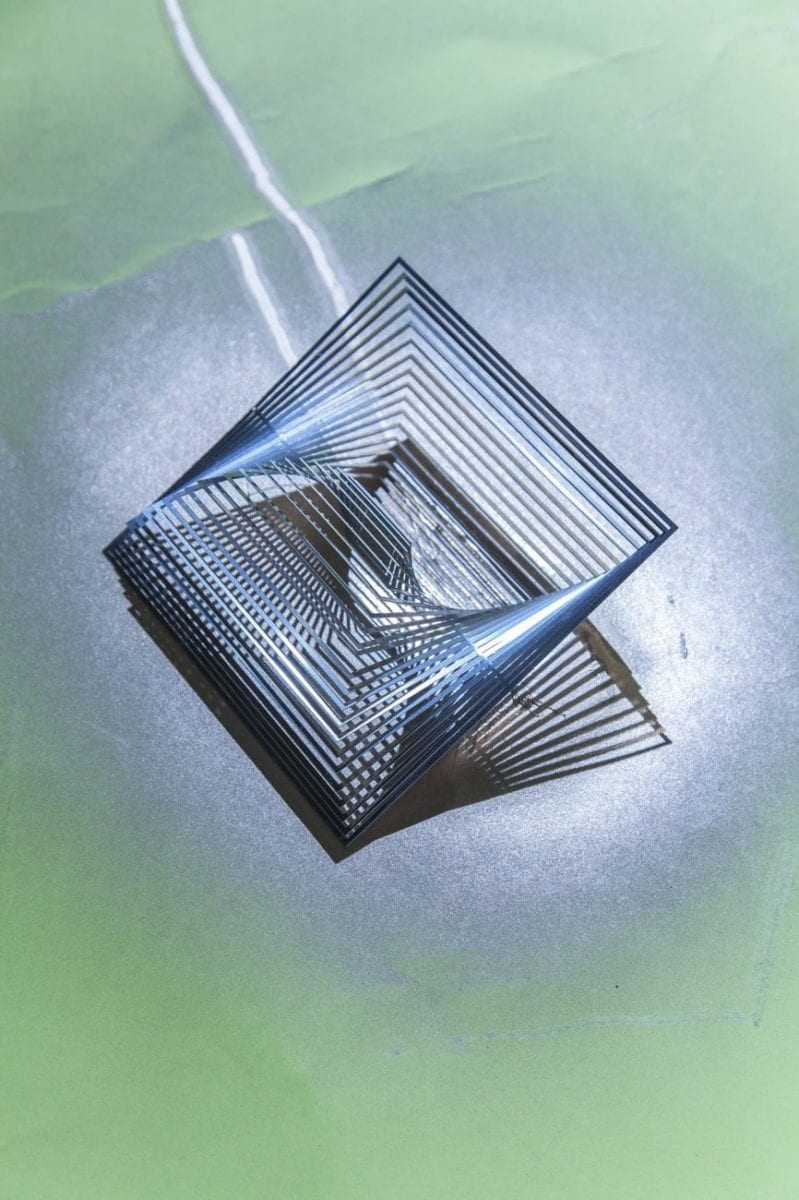 Can you explain the visual aesthetic for Factory Floor? Do you think it correlates with your music effectively?

Definitely has done for our debut album period and previous single releases and videos. It’s all about what we are feeling at the time and playing with visual representations of our music. Like anything though, this will change in the future!

I assume you’ve started working on new music, plus you have archived tapes from your previous album writing process. What direction will you be taking Factory Floor next?

Any archive tapes from the debut album writing process won’t be looked into! Sure there are some good moments there but it’s time to move on definitely .

It’s hard to tell where it will be going next but the intensity of the live shows is finding its way back in without a doubt.

How well do you feel you fit into the DFA family? Do you spend much time in NYC with the fam? How have DFA helped develop you as a band and individual musicians?

Really well! DFA is all about rhythm and and the want to dance and make audiences dance and this is what we are about too. We all share music between band and label. This is how it should be. Labels inspiring bands and vice versa.

Energy is paramount in your music. Where does it come from, who or what is the instigator?

It’s 100% out of playing live shows repeatedly since FF formed. Energy in music and especially repetitive energy can really create a sense of escapism in a room for people watching and for us playing and when it reaches this point where audience and band are one you realise that’s what you’re there to achieve. Thats the instigator. That feeling is unobtainable in any other way for us!

Do you have an aim or agenda with Factory Floor?

To explore electronic music as far as we can.

I read that during your album writing process you locked yourselves away for a few months, void of listening to any other records, has this approach changed?

Part of the reason we didn’t listen to much else during that time was because of the intensity of the recording process. We didn’t really want to hear anything vaguely like sound after listening to repetitive loops and 3 hour session for days. Hahaha! Now it’s all finished we feel totally different, we were hungry for new music and its all come flooding in. It’s a great feeling and much inspiration has come of it .

What records or albums are you currently listening to? 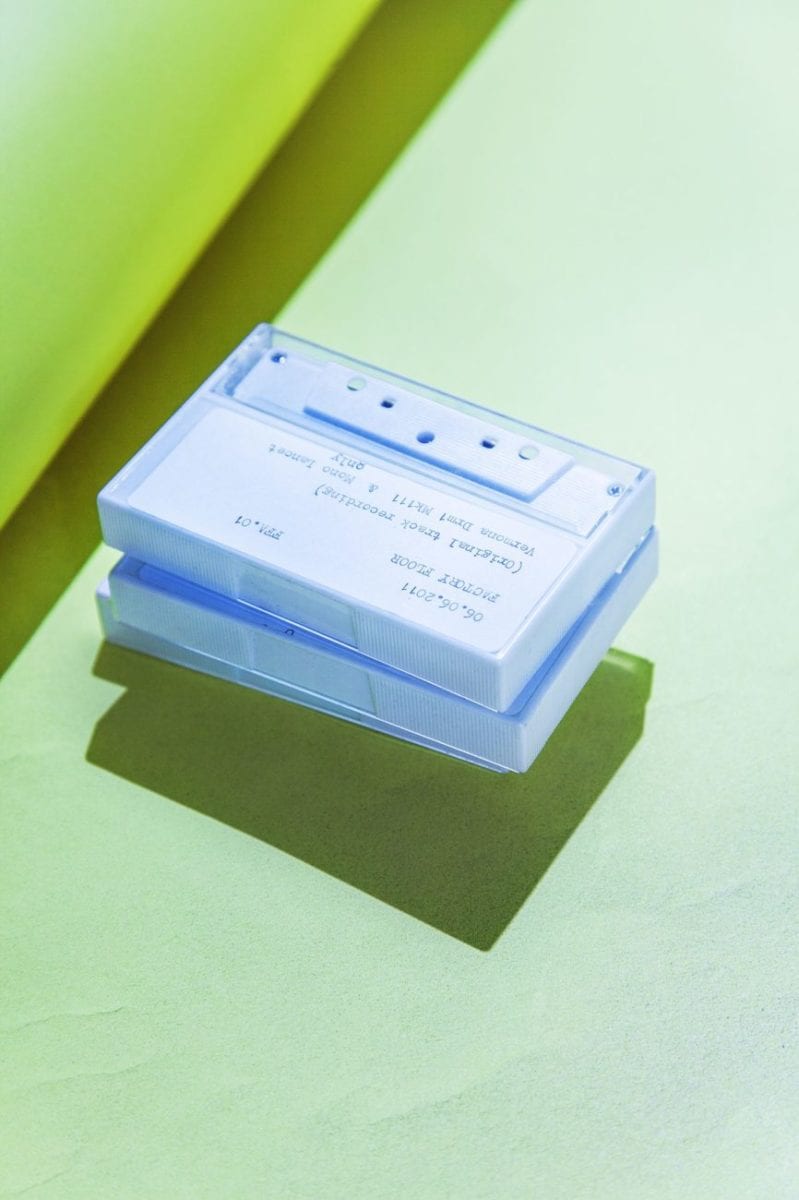