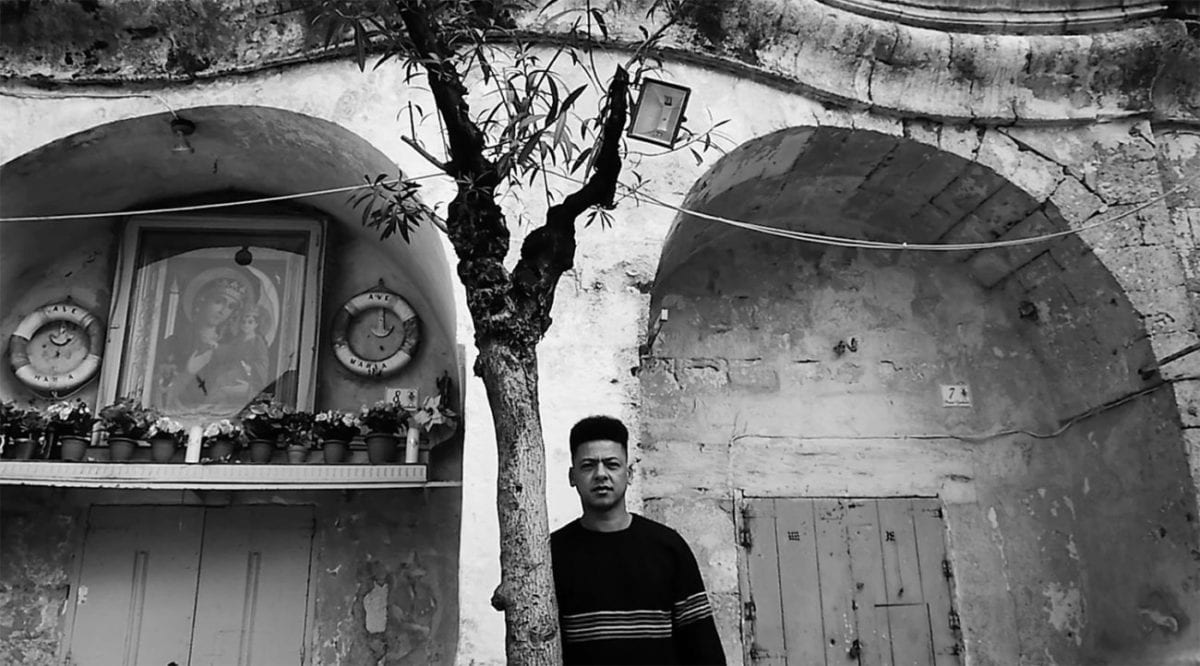 Portable returns to Perlon on 27th August with a three track EP named ‘Sportable’. Ahead of the release Inverted Audio are premiering the music video for ‘Continue’. The video was directed by Portable, real name Alan Abrahams, and was shot in the South Italian region of Apulia in a village called Monopoli. In the interview below Alan discusses how he created ‘Continue’ and the significance of the music video medium.

First of all can you explain how long you spent planning this music video? What was your initial concept for the music video?

To be completely honest there was very little planning. I went in with an ethos of point and shoot, drive to locations that could be interesting, walk around, stop and shoot and see what we came up with. I do this almost always with my music, so it felt natural for me to approach the making of the video in this fashion.

Where the film was shot and what’s your connection to the location?

The film was shot in the South Italian region of Apulia, the province of Bari, more specifically in the villages of Monopoli (yes there is a town called that) and Albarobello.

Last year I was live there in this region of Italy and stayed there for a few days longer, I fell in love with the romantism of the region and quickly made friends there, who helped me scout out the different locations, as they were local to the region.

When did you first visit the location and what spurred you to use it as a backdrop for the video?

Last summer was my first visit and I started the composition of the track, continue, in one of the villages, so I thought it fit to try and return and infuse this ancient feeling into a video for the same track.

What’s the significance of the architecture in the video? To me it looks like an old Mediterranean fishing port, steeped in religion. What’s the story behind those spires?

Well, the town of Monopoli is in the southeast of Bari. It used to be one of the most important seaports to improve trade with the orient between the years 108 and 110 AD. The old town is remarkably well preserved and yes nearly on every street there is a mural of the Virgin Mary.

The spired houses are called Trulli and originate from the 14th century and people actually still live in them. They were originally constructed as storehouses and temporary field structures and the symbols drawn on the roof have religious or mystical significance and are meant to protect the people living inside them.

Do the lyrics of ‘Continue’ relate to the location or is there another story behind that?

A bit of both really. My first visit to this region was really on a whim. I was invited to perform live there, loved it and extended my stay and really just threw caution and fear to the wind and just went from one intuition to another, continuing as it were on a path set about when that fear and insecurity we all have at times is released.

‘Continue’ is a self-directed music video. Tell me about your background with making videos? Is it a casual hobby or are you formally trained?

Like making music I taught myself this, it’s very new but I was making my own visuals for my live show too, so it was just a step up from that, since continue, I’ve made two other videos for the release and have also furthered a soundtrack project I am working on with two other musicians, so it’s growing exponentially, let’s see where it heads, I’m excited!

Can you tell me about why you chose to shoot the video in black and white?

This region is very colorful, beautifully so, but I wanted to add to the feeling of antiquity to juxtapose the modernity of the track. I felt that that the addition of black and white would add to this dynamic.

You employed two assistants to make the video, Martino Recchia and Michele Lastella, tell me about their role in the video?

I don’t speak any Italian, so they were my guides and translators, driving me to the various locations, as they are locals. Also they are huge Perlon fans, so all this added to an excitement and personal depth to the project.

I think the record cover is still important, but also feel that we share lots of music via music videos these days, so they have a different function to a record cover per say.

I mean in the 80’s a music video was essential and you needed a huge budget, as MTV came and went this dwindled but now the music video has mutated into a different role.

The onset of cheaper technical equipment and editing software has brought about a general freedom. And now you are only bounded by your imagination. I feel it’s really exactly the same with music production. When you put in the effort and the time and the result shows.

But who knows, I have a passion for filming, images and angles of everyday objects make my arm hair stand on end.

Since shooting this video I’ve acquired two more professional lenses and worked with an outside editor for one of the other Perlon tracks. And next month will travel to the Turkish countryside to shoot another video for the upcoming Live at Robert Johnson release in November too.

Continue is taken from your Perlon ‘Sportable’ EP. Tell me about your writing process for the EP. Was it written in a few days, weeks or months and what would you say spurred you to write the tracks?

The EP was written over a period of two years and across different continents. The track “Medellin” was composed in Colombia, in the city. It is such an energetic city and I wanted to capture the feeling of that within the track. The song “Behind” was composed in Berlin, a precursor to my breakup at the time and the inevitable pain that comes with a separation. The track ” Continue” in Italy as I already mentioned.

Like my music the rest of the videos are also made on different continents. The track “Behind” was shot in San Francisco. The track “Medellin” in Istanbul and of course “Continue” in Italy.

Finally what’s next for Portable, are you working on more music and what’s happening with Südelectronic?

I have a new EP for Live at Robert Johnson in November and also one for Südelectronic but due to pressing plant delays will have to move that to early next year, because right now we have a release by Mexican Caswell James.

‘Sportable EP’ is released via Perlon on 27th August. Stream snippets from the EP on Soundcloud. Portable also plays live at Fabric on 23rd August alongside Ryan Elliott and Agoria, tickets can be bought here.

Discover more about Portable and Perlon on Inverted Audio.