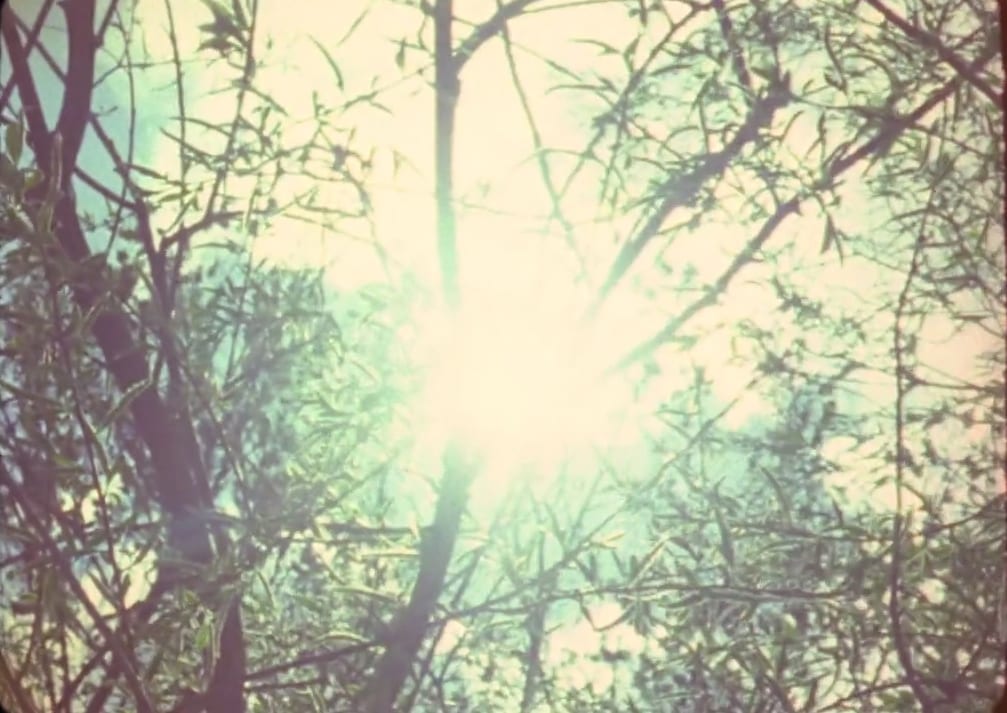 Ahead of Psyche Tropes launch party tonight at Apiary Studios in Hackney, we are proud to premiere the music video for Aboutface ‘In The Tepid Shine We Breathe‘, taken from the 3rd vinyl disc of ‘HFF Vol. 1‘, a limited edition triple vinyl LP featuring music from an array of experimental and avant-garde musicians.

‘In The Tepid Shine We Breathe‘ is a collaboration between Aboutface, real name Ben Kelly and Psyche Tropes label boss Steven McInerney, who was responsible for directing the video. The footage was shot entirely in Hackney’s Springfield Park and uses the change of seasons as a new conceptual point of inspiration to compose a piece of music for 16mm film.

An emotive evocation of a sunny spring day where it seemed people, nature and the surrounding environment homogenised in the emergence of early-spring sun, with the first buds of spring blooming giving a feeling of new-birth and optimism for the upcoming year, expressed in a collaborative musical short-film. – Ben Kelly / Aboutface

‘HFF Vol.1’ is available to buy now through Psyche Tropes web store, each release comes with a 12 inch colour 16mm print with optical soundtrack. This film strip entitles you free entry to the launch event at Apiary Studios on Friday 29th August 2014.

Discover more about Aboutface and Psyché Tropes on Inverted Audio.