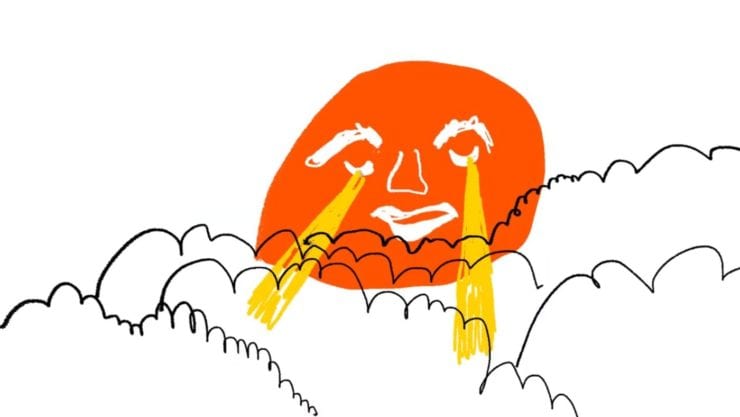 As one half of high-rated Tel-Aviv based outfit Red Axes, Dori Sadovnik has been exploring the floor-focused side of electronics in all its diversity and inclusion, meshing together elements of house, folk, disco, kraut, electro, italo and more, laying the foundations to a signature sound as borderless in essence as it proved trenchantly efficient, record after record, gig after gig.

Setting his sight further on intimate matters and singular processes, Dori returns to Malka Tuti with the debut instalment of his new solo venture, Kapitan, easing us into a realm of ektachrome beauty and soothingly organic synthesis, not unlike that of Mort Garson’s ‘Plantasia‘, early Air material (think ‘Moon Safari’ and ‘10,000 Hz Legend’) and the Brian Eno from ‘Another Green World‘.

Streaming through our channels today, the exquisitely mellifluous ‘Berries‘ has us swimming in calm, crystal clear waters as zen cascades of modular bleeps, fluttering synth chimes and slo-scudding kraut rhythms flow in near-abstract cyclic motifs. That jazzy lullaby comes with a just-as-delicious music vid directed by Carla Uriarte, picturing the track’s sun-kissed vibe through an array of child-like colourful drawings, some of them reminiscent of Matisse late collages and Braque most minimal pieces.

Alaska is released via Malka Tuti on 21st June, pre-order a copy from Bandcamp.

Discover more about Kapitan and Malka Tuti on Inverted Audio.