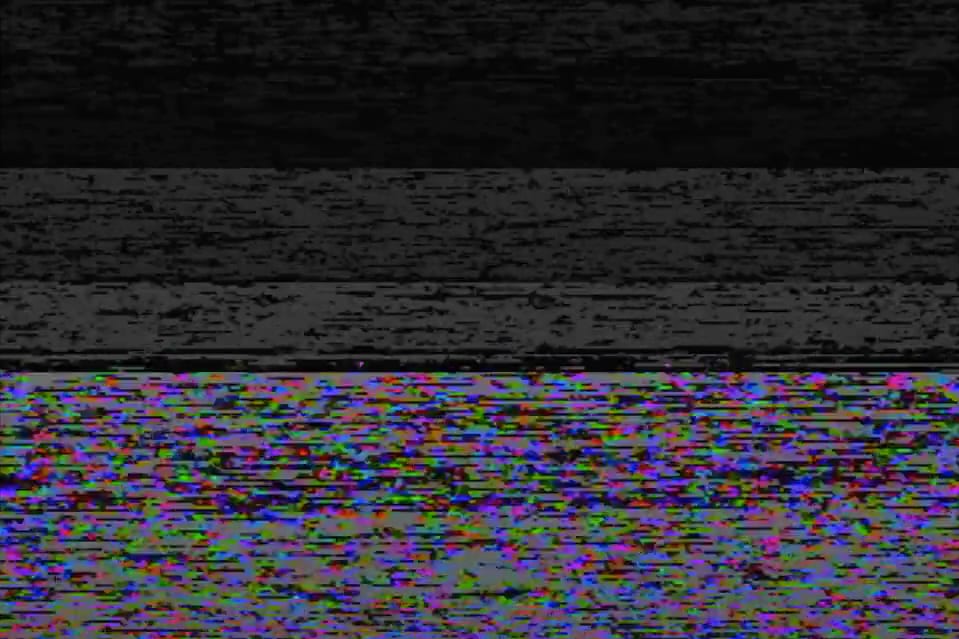 Dark Matters kicks off their newly established imprint with an EP from label boss Amirali. The three-track EP features a re-work from London based label mate Aboutface and a remix from Prins Thomas. Today we’re offering you the music video premiere of Aboutface’s remix. The VHS degenerated music video was predominantly shot in Victoria Park, London, amalgamated with found VHS footage to give it a sense of narrative.

Hi Ben, what did you use to make this music video?

This video was made using a VHS-C Camcorder; some found footage, 2 VHS recorders and a little patience.

What are these images in the video, when and where did you film them?

The VHS footage before it was manipulated was predominantly shot in Victoria Park a few weeks prior. The other small snippets come from found VHS footage to give it some sense of narrative.

Is there a narrative in this video at all?

Yes, but following three years of over-contextualisation at an art school, I’m of the opinion that individual perceptions or interpretations aid more of an active engagement with the material, and subsequently can facilitate a more profound message. Plus I really enjoy the mystery element of art. Based on some people’s responses so far, the concept of the video carries sufficient information to generate some interesting parallels with my own conceptual intent. 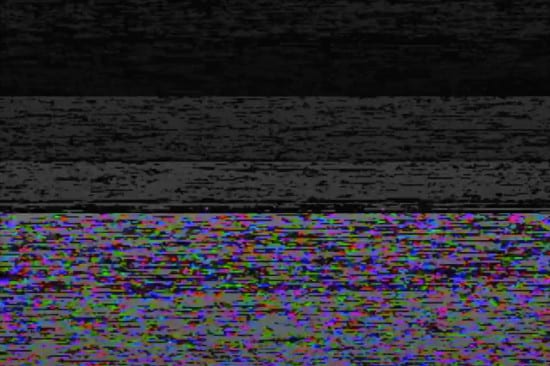 Can you explain the concept for the video?

Well, this is probably best explained in two parts as the remix was completed well in advance of the film, It was only after the remix had been completed I had some ideas how to expand the conceptual element of the music; all my own material generally starts with a concept, which is usually politically, sociologically or environmentally inspired. I wanted to experiment with this way of working on a remix.

Inspired by a section of Amirali’s lyrics, ‘Staring At The Sun’ resonated as a metaphor with my current interpretation of the social environment we live in, so I decided to try and replicate the sound of the surface of the sun as a starting point; I understand that in physics it asserts complications between sound in space but this was purely just a conceptual way of attempting to capture a different aesthetic.

I connected contact microphones to steel bowls and pans to catch the fizzing and evolving sound of rain striking and filling them, alongside recordings of the crackling from old records as my interpretation of what this would sound like. The film was a development of the philosophical interpretation of this – how people in our present environmental milieu can feel trapped and disenfranchised, but by simply changing the direction of our field of vision, a differing perspective may be obtained. There is an ancient Chinese proverb that was an additional inspiration to the film – ‘No matter how tall the mountain, it cannot block out the sun.’ Again, I’ll leave its relevance open to interpretation. 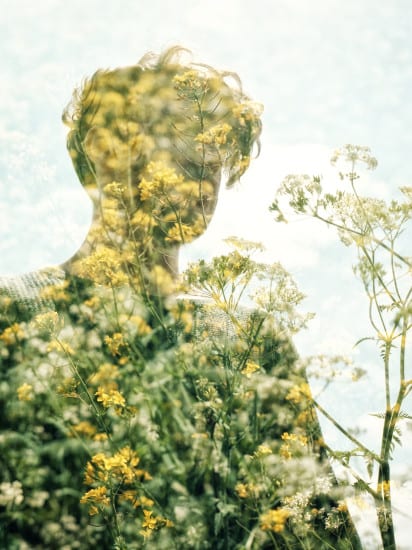 Staring into the sun – I think of squinting and blurred sunspots polluting my vision, a bit like the static in the video – was this your intention?

Thanks. I really get huge satisfaction from people engaging with my work seeking deeper meaning and subtext. That was definitely part of the intention although not directly attributed to the grainy static; this for me was more visceral than physical. It’s really great to hear these interpretations.

Degenerated video art sounds fancy, for those not schooled up in the faculties of video art – can you explain why / how this is video art?

VHS Degeneration is a technical process to create physical artefacts and visual effects you see in the film. First you record on VHS or use existing found footage, then record from tape-to-tape over and over again. This then degenerates and distorts the tape, producing some pretty interesting effects to the film. I also use magnets and physically damage the tape. No digital effects were used making this film; it was all done via this method. 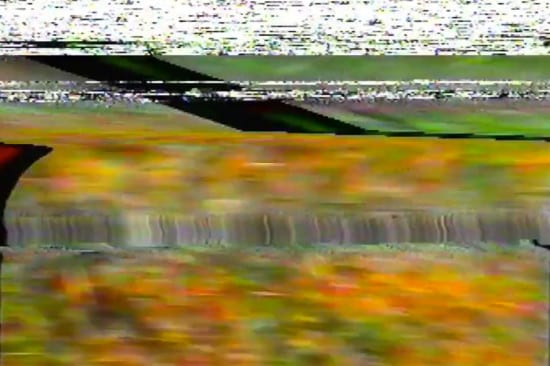 William Basinski is known for his disintegration loops – it seems that with this video the music should be distorting alongside the visuals – did you consider doing this?

Yes, and it has parallels with my video. Basinski’s piece was about the physical effect of audio degradation (along with a coincidently poignant period of time), on tape through the continuous playing, which is similar to degeneration.

I have worked with degradation of sound and image having more of a synergy through Max MSP / Jitter whilst working on installations, but this time I wanted to explore a synergy between the conceptual degradation and the degradation of the Visual. There are distorted elements of the music (the main synth arp for example) but my intention was for the audio to be a reminder that we can transcend this sociological degradation. I hope this makes some kind of sense! 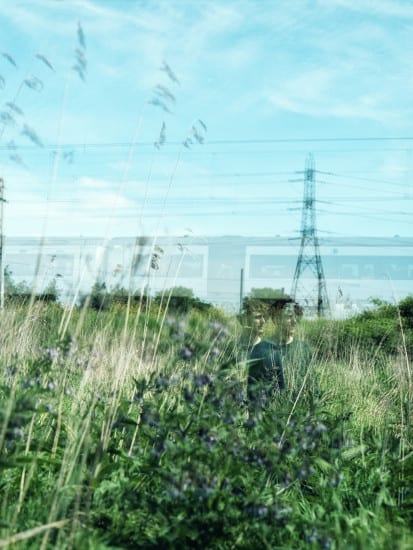 Tell me about Dark Matters and your involvement with the label?

Dark Matters is a new Label with an ethos to develop unique fledgling artists in an attempt to introduce new perspectives and ideas in the music/performance world.

The label has some real diversity in the music that they’re releasing which is important to me as too often in the past, my urge to experiment and have quite drastic changes in my ‘sound’ has left me feeling a little isolated artistically; my artist name ‘Aboutface’ is a reflection of my occasional yearning to arbitrarily try something completely different, which hasn’t been entirely best received in the past.

I will be one of 3 or 4 core artists who will be working together on releases, remixes, performances and generally being open minded to cross-collaboration. Another great thing about the label is their openness to take on ideas so I can integrate some of my fine art background and opinions to Dark Matters related curating. They are currently finalising plans for global events that looks to stretch the existing music/art performance experience. 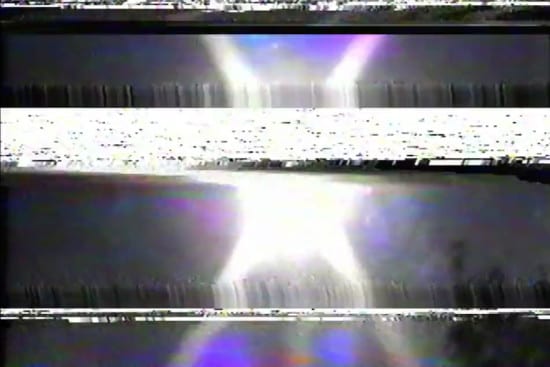 The 12” also features a Prins Thomas remix, how do you feel your remix stands up alongside his?

The diversity of the music on Dark Matters is represented in the diversity of sound of the first EP, and subsequent EP’s. How each individual artist engages with the core material is completely different and I think divergence is beautiful. Perhaps my remix may not be as accessible as some music out there so this diversity may introduce some new ideas, sounds and ways of working to individuals who wouldn’t normally intentionally come across this kind of thing.

What’s next for you and Dark Matters?

I have a new 12” being released in the next few weeks with a Tin Man Remix, some performances, a second EP and Album in the new year. The album is based on field recordings and interpretations of environment during a 1000-mile trip through Eastern Europe. 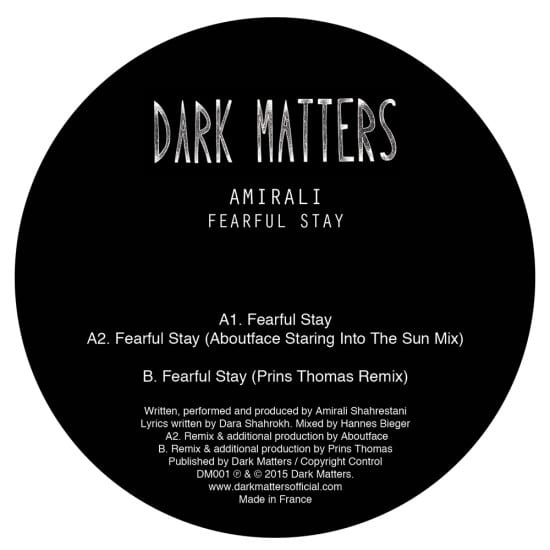