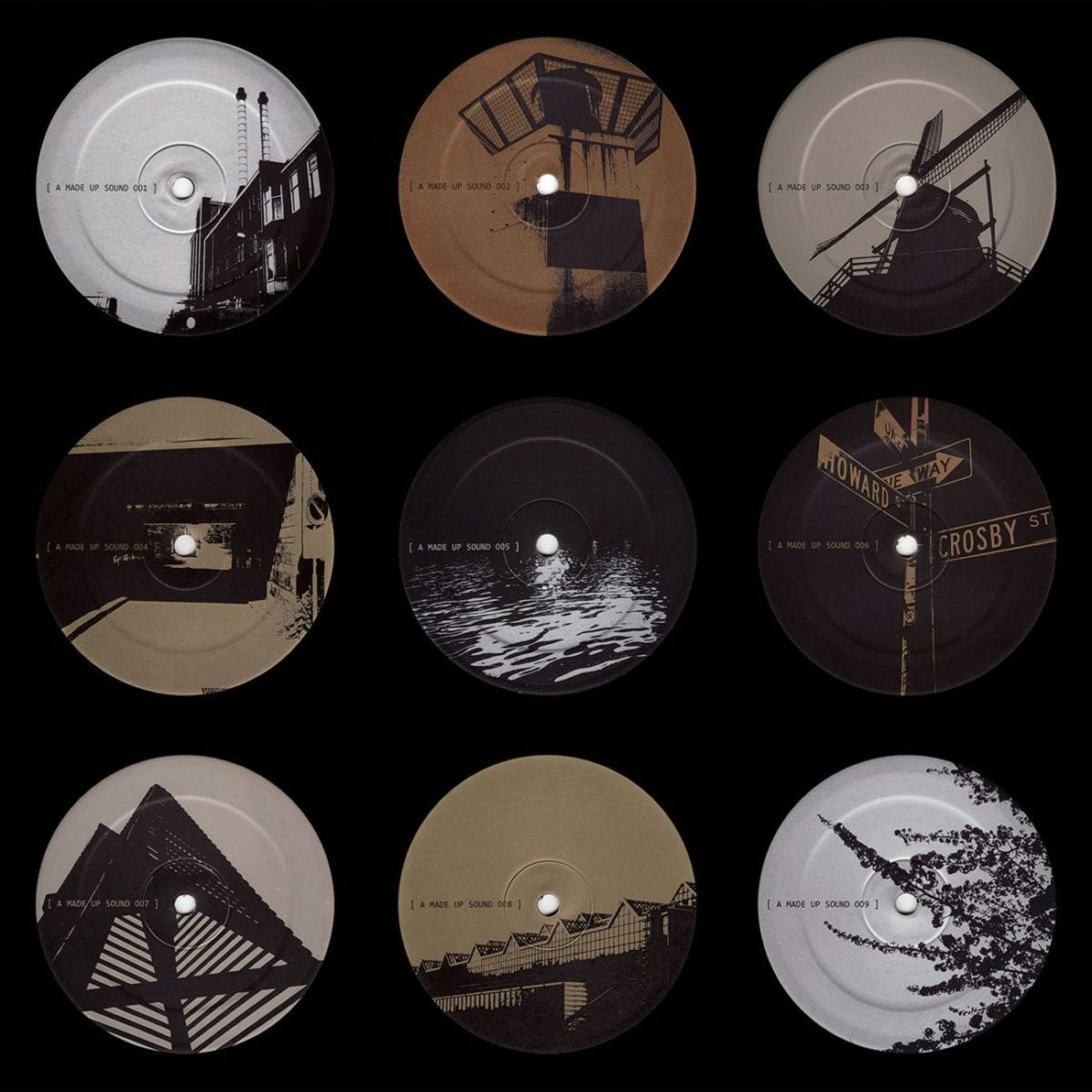 In this visual retrospective Dutch producer Dave Huismans selects five label designs from his own imprint A Made Up Sound, revealing the original locations of where the photographs were captured and methods used to create the corrosive and industrial aesthetic that make up the AMUS discography.

With the release of his eagerly-awaited retrospective compilation ‘A Made Up Sound (2009 – 2016)‘ on the horizon, we took the chance to discuss his full control on the creative process and durability in time, as he reflects on the coining of his imprint and working in collaboration with graphic artist Lamanchanegra amongst other things.

11th November 2016 – A Made Up Sound celebrates the release of his x2 CD label compilation at Griessmuehle in Berlin. More info here. 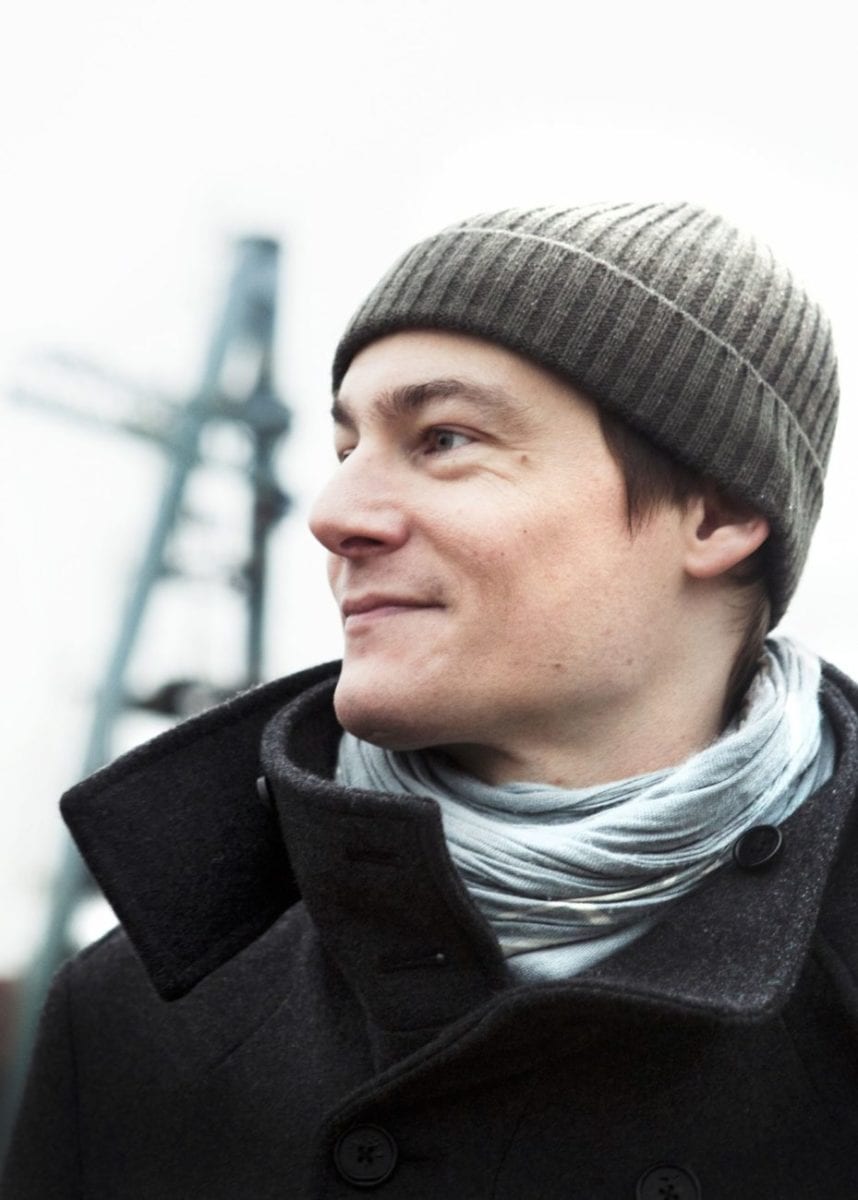 What provoked you to start up your own imprint and what were your initial ideas for the name, label aesthetics and artwork direction?

I like the idea of having the opportunity to put out whatever I liked, whenever I liked, with full control over the entire process. At that point I’d learned a bit about putting out records thanks to other labels I’d released with before, which gave me the confidence that I could do this myself and not lose huge amounts of money.

Since I didn’t have any intentions to release music other than my own on the label, there was no need to come up with a name besides my artist name. The label’s artwork is a collaboration between myself and Lamanchanegra from the South-West of Holland. I took the pictures, he did the design.

Tell us about working with graphic designer Lamanchanegra – how did you first meet and start to work together?

Lamanchanegra is more commonly known as Klen and founded Frustrated Funk, Frantic Flowers and Harbour City Sorrow amongst others. I know him from Clone Distribution where he’s been my label contact and as such has been helping me out with it from the start. I was really into the gritty yet classy design Klen had done for his own labels and others, so it made total sense to ask him.

The labels artwork has been a collaborative effort by myself and Lamanchanegra. For every release I have send Klen pictures I took that relate to the record and where it was made; he designs the labels based on them, using pantone metal colors that slightly corrode during the printing and pressing process. 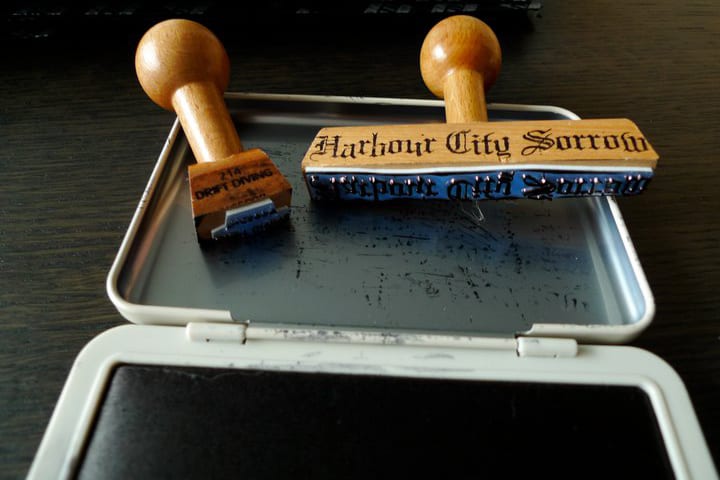 The artwork for AMUS depicts dark, ominous post-industrial landscapes, visually reinforcing the gloomy feel already present in your tracks. What places inspire you?

It’s all in the eye or ear of the beholder, but I personally don’t think of either my music or the label images as particularly gloomy. I mean, some tracks definitely are, but I’d like to think that across the catalog there’s a pretty wide range of other vibes to balance it out.

Of course it’s not up to me to say how other people should perceive my music, but I’m certainly not interested in making ‘dark’ music for the sake of it. In fact it’s what’s putting me off in a lot of techno these days, the ongoing dominance of this dark, industrial, nihilistic sound. I can’t relate to it at all.

When writing music do you have particular images or places in mind when making a track?

Rarely if ever, to be honest. It’s all either imagination or making it up as I go along, until something clicks and it starts resonating with me and becomes meaningful somehow. So the images on most of the releases don’t have a direct relation to the music, they function more as a personal diary for myself, a reminder of where I was at the time of making those records and where my head was at.

What do you hope people in 20 years time will be saying about “A Made Up Sound” music?

Wow, I haven’t thought about it like that, it’s flattering you ask. If my music would turn out to have enough longevity for people to listen to it in 20 years time, that would be fantastic in itself, no matter what they’ll say. I don’t have any illusions about it though, so much music is being made and released, so much good music is being forgotten. It’s just how it goes, I’m ok with it.

I try to live in the now, my mind is usually on the music I’m currently making. I guess the label retrospective is an exception in that respect. If it helps my music to live on a bit longer, that would be nice. But its main purpose is to present the label as a whole now that it’s completed, because those records belong together for me.

Why exactly have you decided to close up shop? Surely this must be a sad moment for you – what’s next?

It’s not a sad moment for me really, perhaps because I’ve approached it as a finite series of ten records maximum since early on. I’ve always felt a one artist label shouldn’t last forever, I think it would inevitably get stale, either for myself or the audience.

I took my sweet time anyway, eight years is a long time in real life and an infinity in electronic music, so if anything I feel relieved to have been able to complete the series in a way I’m satisfied with. I have no idea what’s next yet, but I’m looking forward to turning the page. 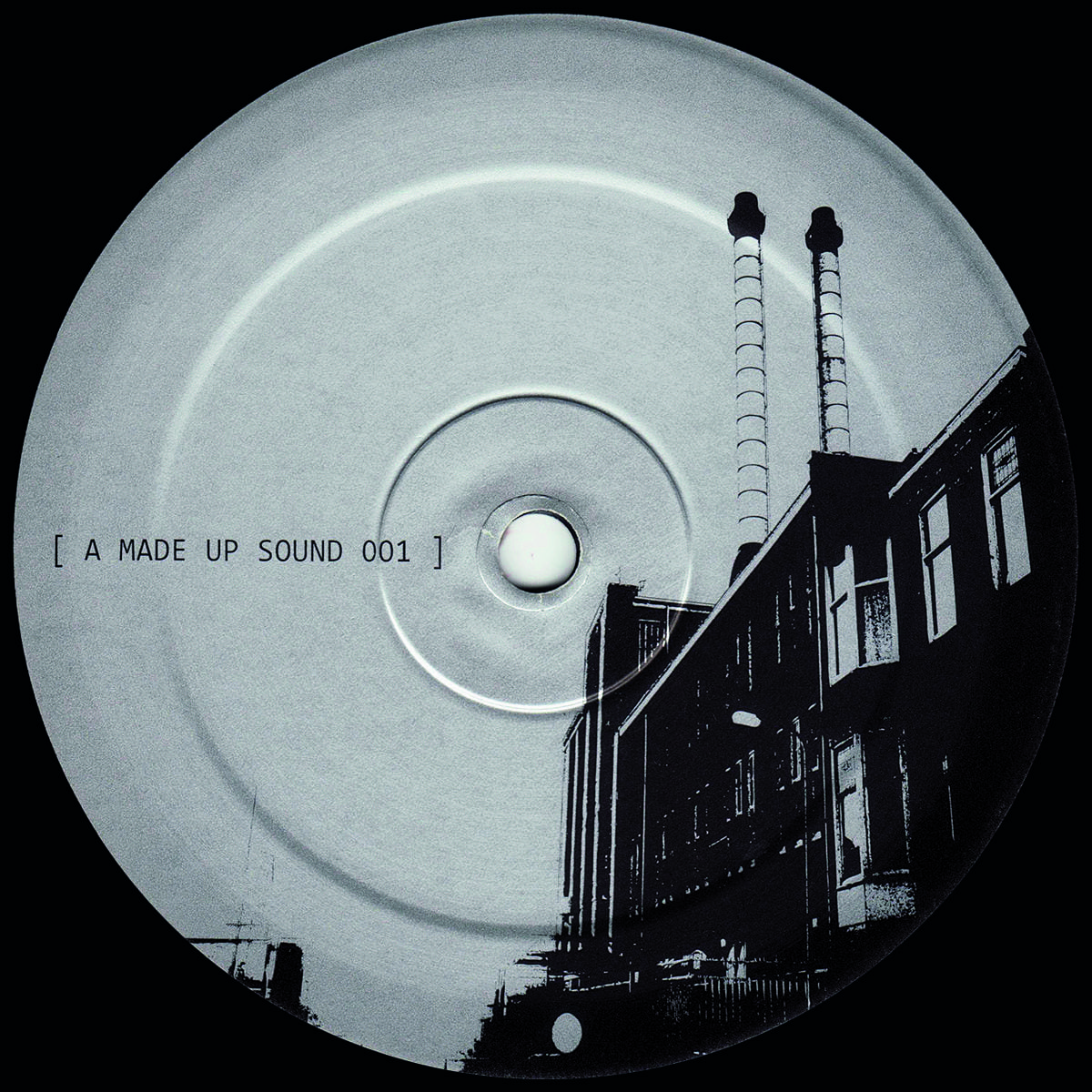 This is the energy plant near my former home in the Regentesse-Valkenbosch neighborhood of The Hague, the area that happens to go by zip code number 2562. I lived there for about four years and pretty much all my records up until 2009 were made there, the first and second entry on the A Made Up Sound label being two of them. 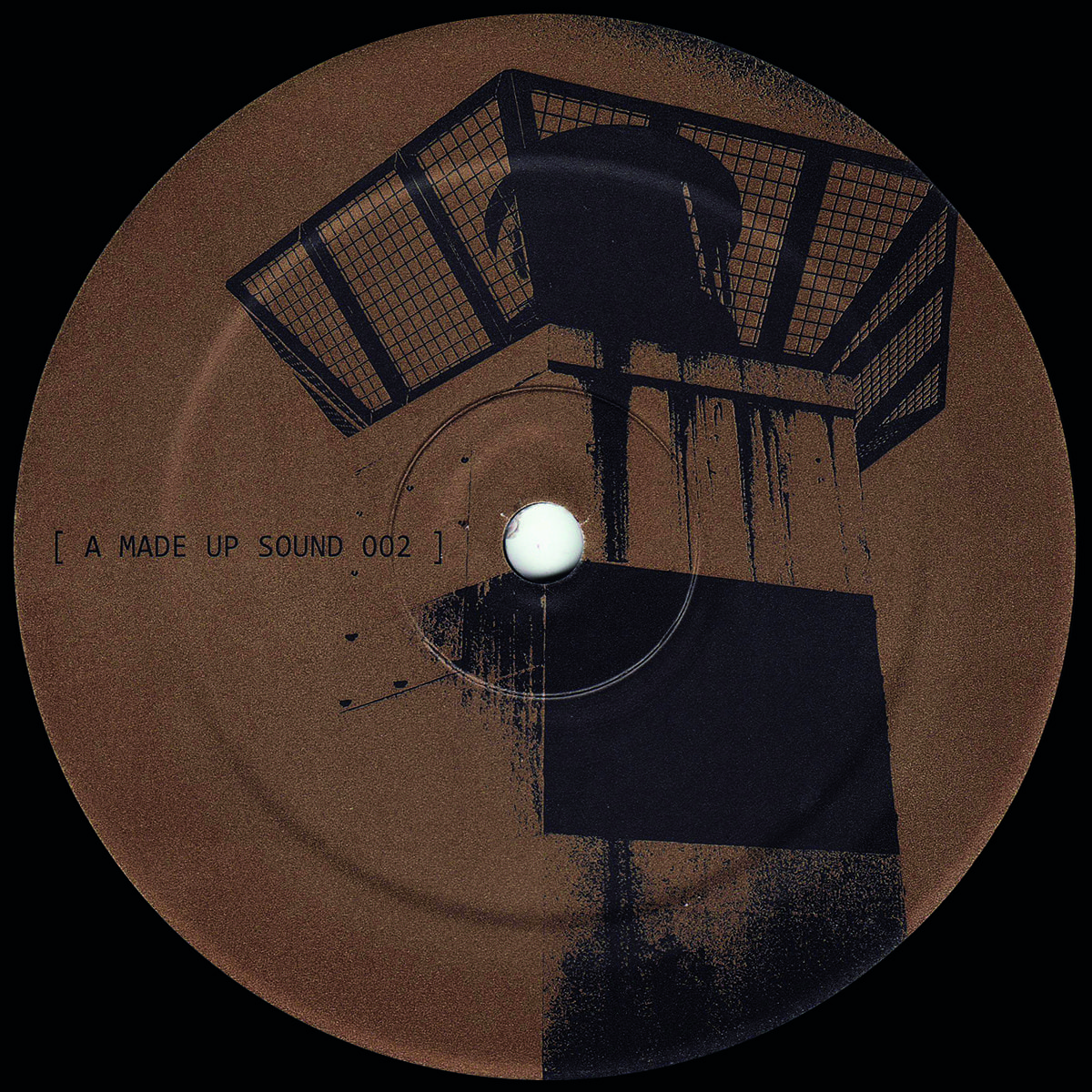 The last record I made before leaving The Hague for a brief stint in Amsterdam. I selected this one because the record features both my favourite label pic of the series (it’s the lighthouse at Scheveningen harbour, by the way) and one of my favourite tracks of my own, Sun Touch. If someone would ask me what my label sounded like at the time, in its early days, I’d probably play them this one. 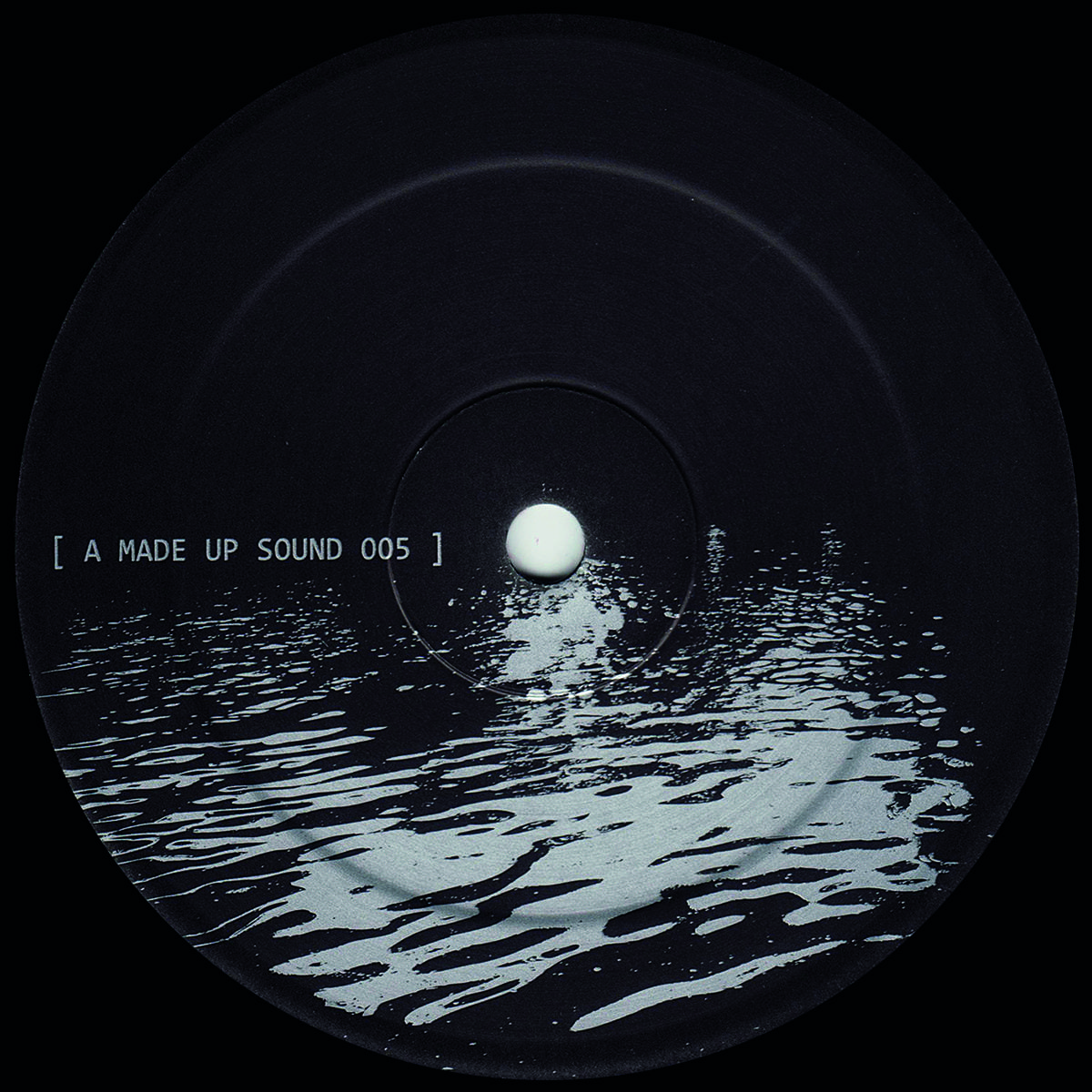 The main theme of Take The Plunge, the lead track on this one, originates from a short sample of chaotic harp playing which I cut up, pitch-shifted and quite painstakingly re-arranged into the stutterfest it’s become. The label image, like the track’s title, is a reference to the sample source. I like how the water looks like a vast sea or ocean at night, when it’s actually the pond in Volkspark Friedrichshain, a place I used to live close to during my years in Berlin. 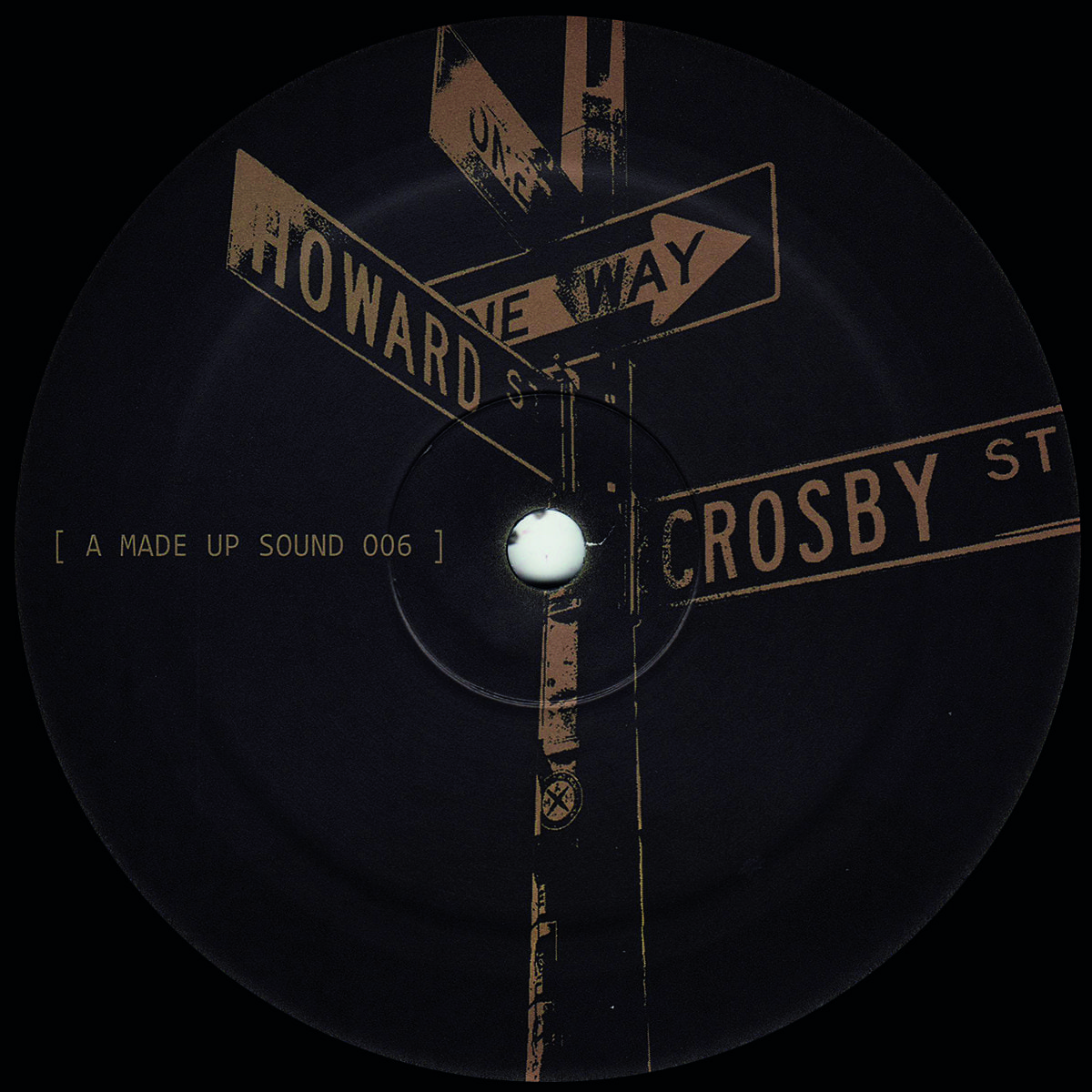 Lucky coincidence here. After Hours, the A-side of the record, is an alternate soundtrack to one of my favourite movies of all time. It’s a surreal tale about an office worker who ends up in gritty 80’s Soho for one night, hoping to get lucky with a waitress he just met, only to have one troublesome experience after another and eventually completely losing control over his situation.

The pivotal scene takes place in an apartment building at Howard and Crosby. I happened to be staying in New York for 6 weeks when finishing the work on this record, which enabled me to take a picture that would relate to the music and movie without breaking with the ongoing visual theme of the label. 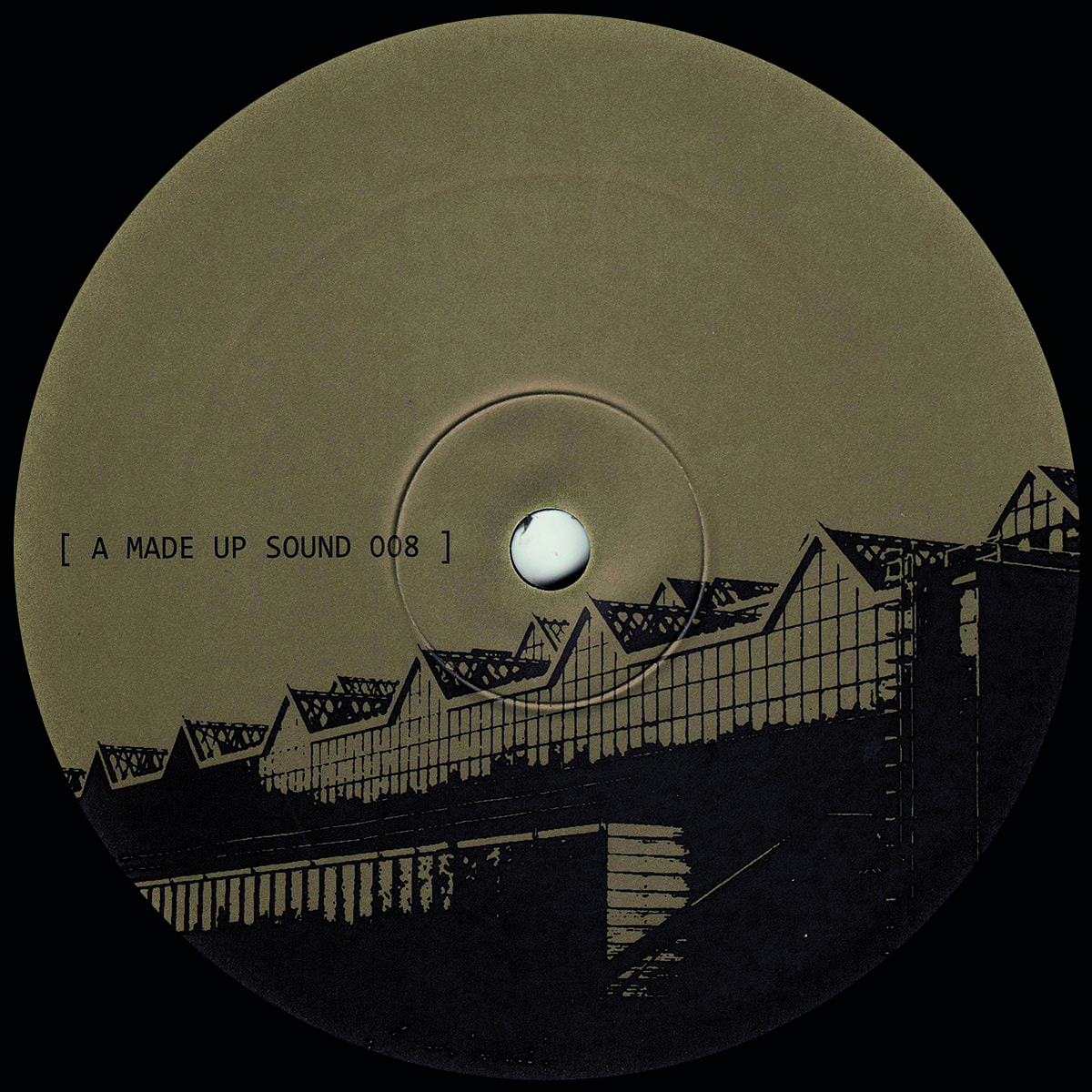 A nondescript industry-hall near my current home in Utrecht. The building itself doesn’t have any special significance to me, I merely chose it because I liked the shape of the roof which reminded me of the panning automation of the percussion in A-side Havoc.

I’ve tried it the other way around too, once, to make a track inspired by a pattern in a building’s facade. It didn’t work. After all these years of making music I think it still works best for me to just throw sounds together and see where they lead me.

Discover more about A Made Up Sound on Inverted Audio.