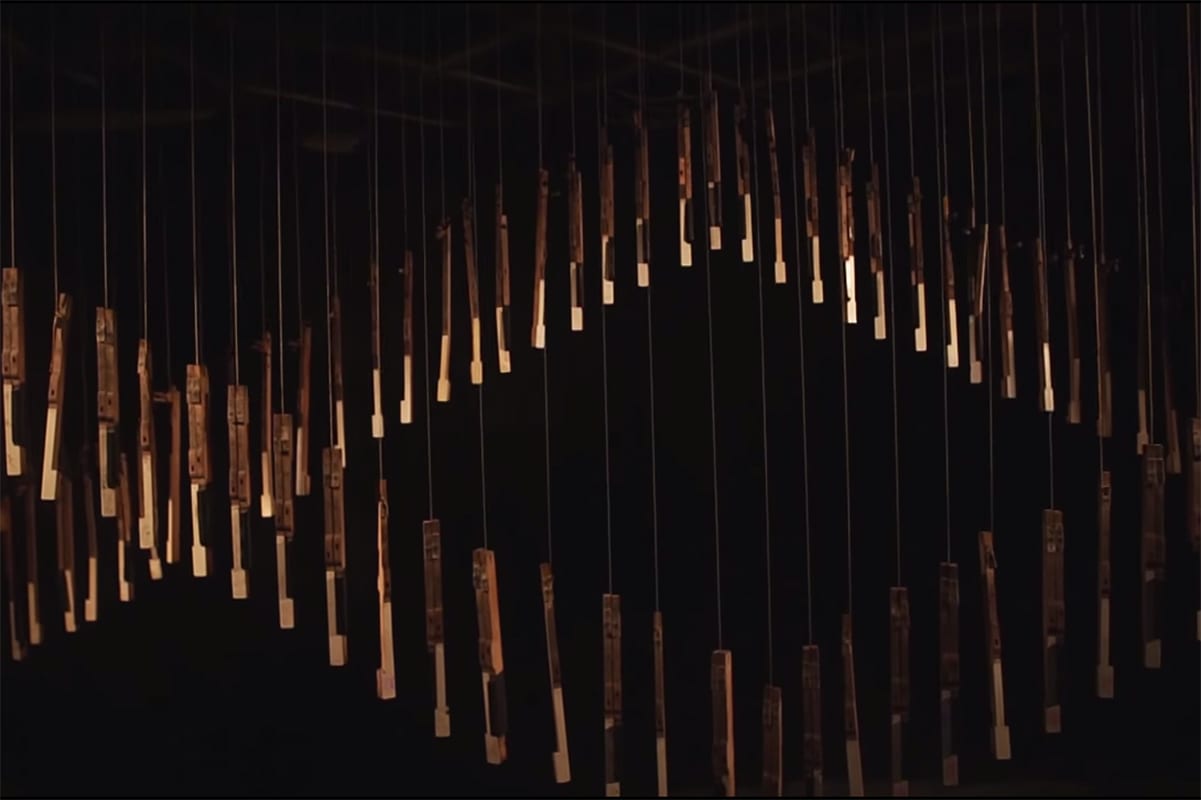 London based production duo LV have a new album album coming out on Giles Peterson’s Brownwood imprint on 9th October 2015. Ahead of the release, Brownswood have revealed this delicate album trailer, filmed by Fabrice Bourgelle.

“Ancient Mechanisms” is the fourth album by LV. It traces a train of thought that was sparked by a live session with the Armenian jazz and folk pianist Tigran Hamasyan back in 2012: two and a half years down the line and a trip to Belgium later, the finished record is as much about the workings of musical artefacts as it is about putting the virtuoso pianist into new contexts.

The sculpture in the video is called “Carillon” is crafted from discarded piano keys collected between Brighton and London. The short film was shot at the Total Refreshment Centre in Dalston.

Ancient Mechanisms is released on 9th October 2015, order a vinyl copy from Bleep.

Discover more about LV and Brownswood Recordings on Inverted Audio.