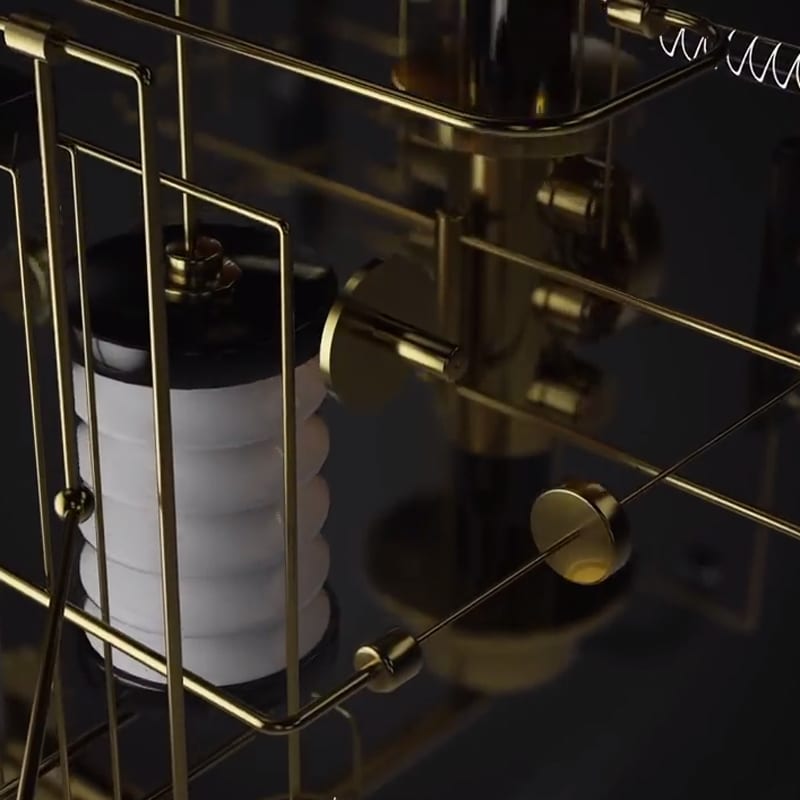 Ahead of the release of Max Cooper‘s debut album “Human” the London based producer has revealed a new 2D/3D animated music video created by Dmitry Zakharov. Below you can read excerpts from Max Cooper and Dmitry Zakharov about the track, video and the new album. “Human” is released 14th March 2014.

“This track is called Impacts, and it’s about the Impacts of life, which hammer away at each one of us like a machine, but hopefully in the end make us stronger rather than breaking us. So despite the mechanical pounding, lacking any softness or melody, hopefully there is still a positive to be found in this track, if you’ve heard it in a club you might know what I mean.

This track is part of the album named “Human”, where I have taken lots of concepts common to all of us, and I have attempted to represent each on in the form of a piece of music. So I haven’t decided to become a gabba producer just yet, this just happens to be the most abrasive concept on the album, and the most abrasive track as a result.

Linking the track and video to the concept was a straightforward process this time, just a matter of finding some nice mechanical sounds, then repeat repeat repeat, and layer in glitch and detail to hopefully hold the listener despite the sparseness. One interesting addition was the use of real guitar amps and speakers at Andy Ramsay’s Press Play studio in London — we ran the separate drum tracks through and massively overdrove them, then recorded back the results, which are basically heavily distorted hits, which you can hear at some points in my mix, but are brought to full effect in Perc’s remix. The analogue distortion sounds pretty nice (in a nasty sort of way) I think.

For the video I was lucky enough to tempt in Dmitry Zakharov (who you may remember from my Micron video). Dmitry has created his beautiful retro impacts man-machine that hammers someone into creation, destroys them, and then brings them back — a great visual abstraction of the original concept. Thanks Dmitry for your hard work!

For each sound track I built a part of the machine that can move exactly to the respective track. The result is a complex construct and interaction with the sound. The idea was also to visually break up the viewing habits and we decided to take an old steam engine as a reference. This created a nice mix between modern technology and forgotten artifacts. The project includes techniques of 3D animation, fluid simulation and post effects.

The work “impact” shows what kind of effects different living conditions can have to humans. In an abstract language the video visualizes how each person is able to stand up and form himself again and again by experiences and setbacks. Everyone undergoes both positive and negative phases throughout his life and its experience shapes our character.

Also negative setbacks can attract positive energy, thereby further to give new impetus to our environment. As soon as the work is related to the current situation of our society and global looks, you can also discover completely different aspects in it. Capitalism, which is like a machine influences the thought of many people and yet often achieves more suffering than happiness in our inner being. Even the dependence on black gold and other commodities, which inevitably gives power to the political elites controlling the development of our society.