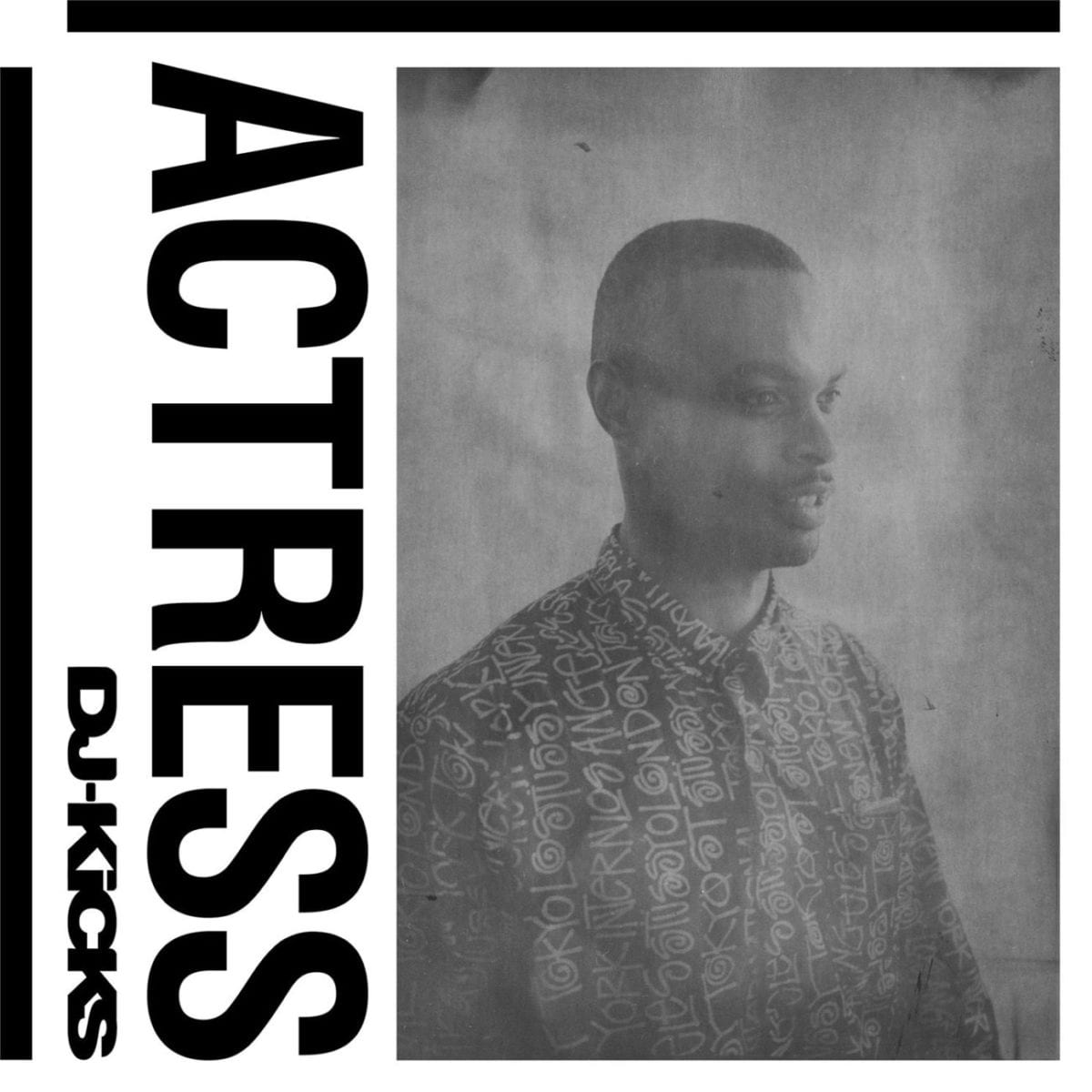 Following the release of Nina Kraviz DJ-Kicks in January, “one of the purest examples of minimal in execution in quite some time“, the series continues on 1st May 2015 with an hour-long set from Actress, plus an original production from the London based producer himself, named “Bird Matrix”, a track made just after Actress finished writing Ghettoville.

Darren Cunningham’s contribution, which will be the DJ-Kicks collection’s 49th instalment, follows a benchmark year of standout releases from Actress. Having released his fourth full-length effort, Ghettoville, followed up with a re-release of his debut LP Hazyville, and the limited-edition black label Xoul on his own Werkdiscs label.

Actress applied a similarly imaginative approach to his DJ-Kicks. “When I’m selecting music I’m not always thinking about the music alone,” Cunningham explains. “I’m thinking about the names of the artists, tracks, and labels, and what they mean to me. I often base my tracklisting purely on how well the track titles work together in a poetic sense.”

“I’ve tried to keep space between tracks, allowing them to speak,” he continues. “I tried not to force BPM shifts and to let the programming remain choppy and quick.”

His mix stitches together classics from the likes of Chez Damier, Ron Trent, and Autechre with selections from the contemporary avant-garde, from trance deconstructionist Lorenzo Senni to the highly regarded PAN imprint. His eclectic set also draws from precocious outsider talents such as Greg Beato, whose release as Breaker 1 2 on Forbidden Planet opens the mix, and Hank Jackson, a Brooklyn-based beatmaker whose clever drum programming regularly appears on Anthony Naples’ Proibito label.

In regards to his solo production Actress comments “My studio was going through a transition, so I was testing all the equipment, and that was one of the first tunes that came out of those experiments.”

DJ Kicks: Actress is scheduled for release of 1st May 2015 through !K7, for further information head to the DJ Kicks website or order it from iTunes.

Discover more about Actress and !K7 on Inverted Audio.