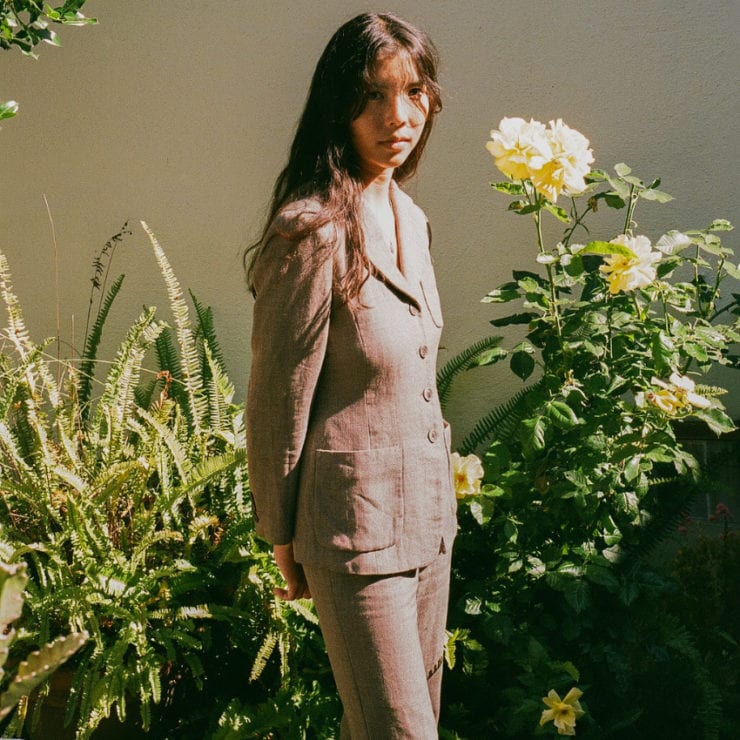 Following the release of her debut release in 2019 on MatthewDavid’s imprint Leaving Records, Los Angeles-based musician Ana Roxanne lines up her second on Kranky.

Written over the past five years and consisting of seven tracks, ‘Because Of A Flower‘ was “inspired by interwoven notions of gender identity, beauty, and cruelty.” Roxanne describes her process as beginning with “a drone element and a mood,” then intuiting melody, syllables, and lyrics incrementally, like sacred shapes materialising from mist.”

“The experience of identifying as intersex informs the album on levels both sonic and thematic, from spoken word texts borrowed from tonal harmony textbooks to cinematic dialogue samples and castrati aria allusions. It’s an appropriately interstitial vision of ambient song-craft, a chemistry of wisps and whispers, sanctuary and sorrow, conjured through a fragile balance of voice, bass, space, and texture.”

‘Because Of A Flower’ is scheduled for release 13 November on Kranky. Order a copy from Bandcamp.