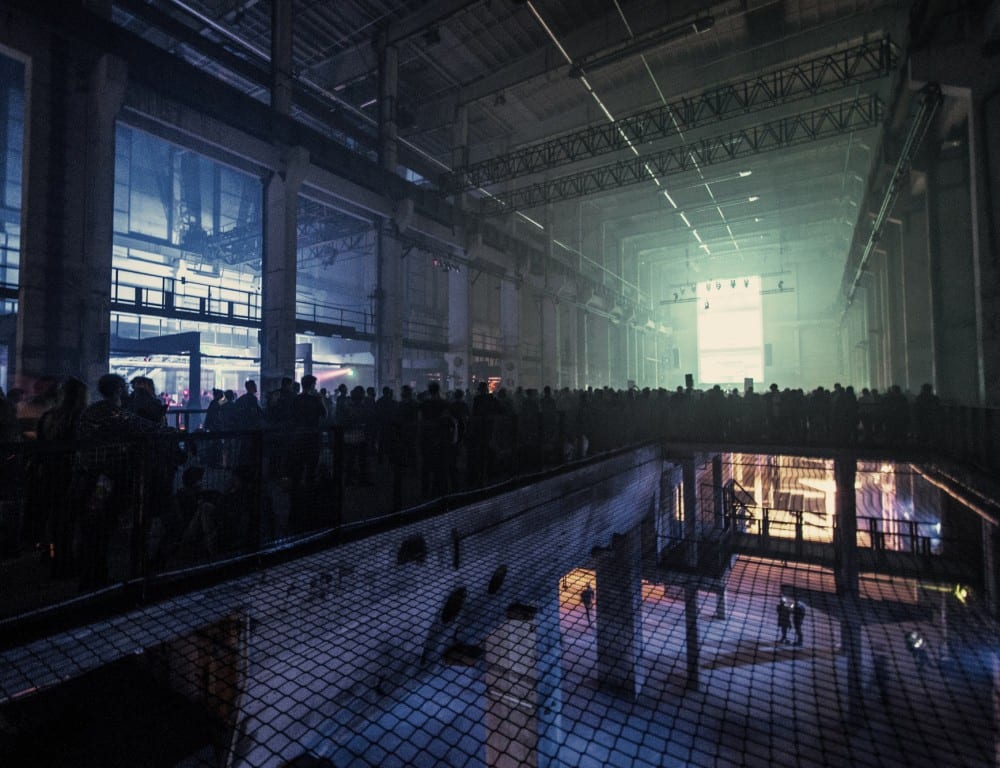 Following on from ‘The Long Now‘ and Max Richter’s ‘Sleep‘ performances at Kraftwerk past winter, Berlin Atonal have announced the first wave of names for its 2016 edition, which will see some of the finest experimental and techno acts gather in Mitte from 24th to 28th August.

Focusing on advanced audio and visual art forms, German festival Berlin Atonal has made a name for itself by commissioning some of the most sophisticated live pieces, including the world premiere of SUMS (Kangding Ray and Barry Burns of Mogwai) who we met in Milan last month, and special A/V performances from Shackleton, Clock DVA, Varg, Ben Frost and Shed to name a few.

Berlin Atonal was first launched in 1982 and kept on running until 1990 when Dimitri Hedgemann, its founder, decided to open Tresor right after the fall of the Berlin wall. Three years ago Laurens von Oswald, Harry Glass and Paulo Reachi took on the legacy of Atonal, inaugurating a recast version of the festival at Kraftwerk, the former Mitte CHP plant discovered by Dimitri in the nineties which also covers Tresor and OHM.

The fourth edition of the festival will feature projects from over 100 artists, including brand-new commissions, collaborations, world-premieres, one-off performances, installations and film art, providing the public a 360-degree experience that aims to take the audio and visual experience to further unexplored grounds. 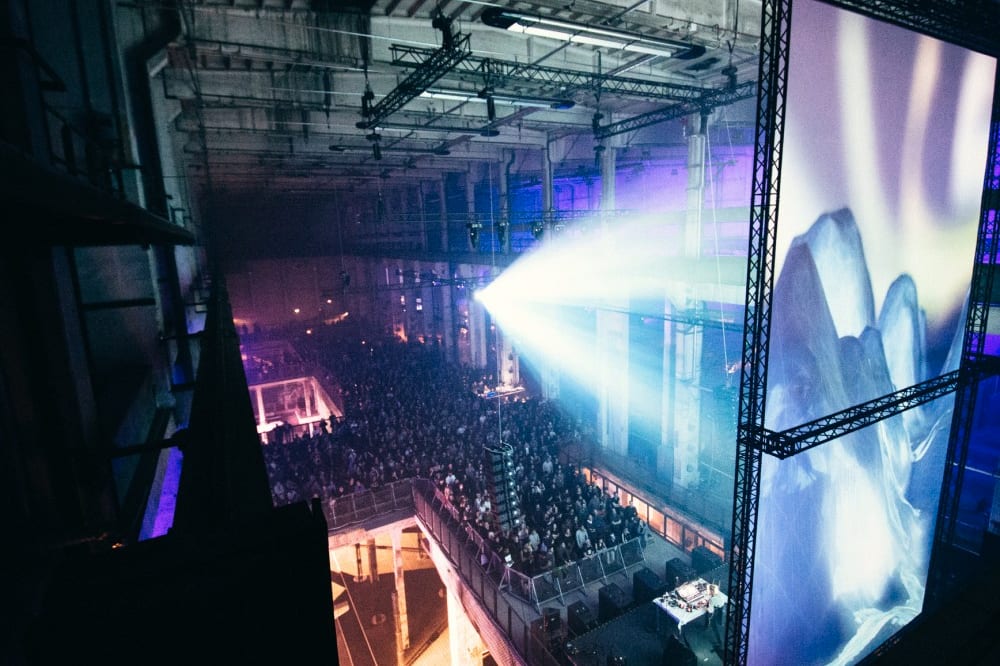 Completing the picture are Upper Glossa (Caterina Barbieri, Ellen Arkbro and Kali Malone) with their ‘Fundament’ project and wonder post-punk techno pair Phase Fatale and Silent Servant who will present a new live project aiming to give you a glimpse of a dystopian world in war state.

A limited amount of Early Bird Festival Passports are now on sale; day tickets will be released after the two remaining artist announcements and full schedule are made public – over the following months. Head over to Berlin Atonal for tickets and further information. 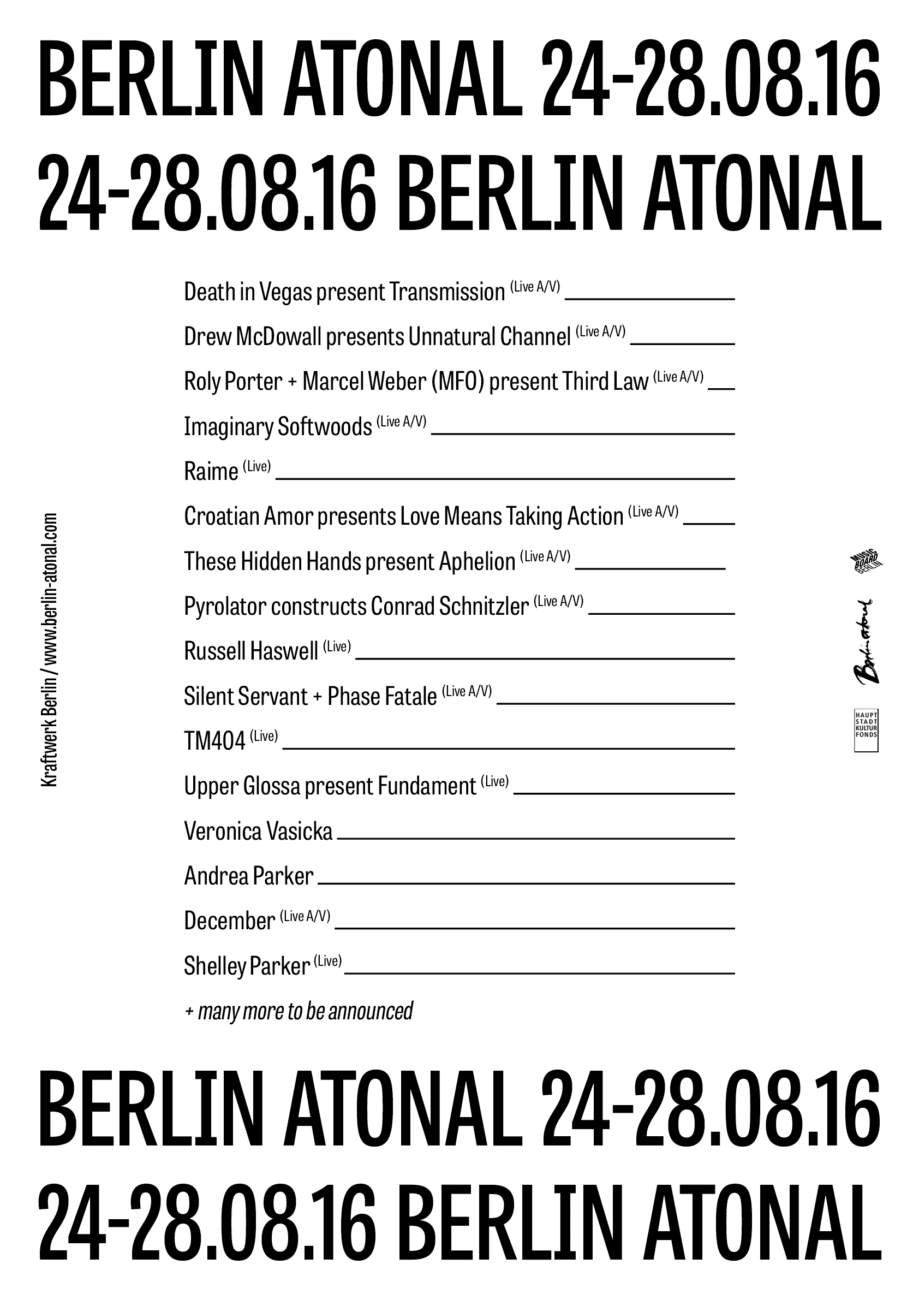