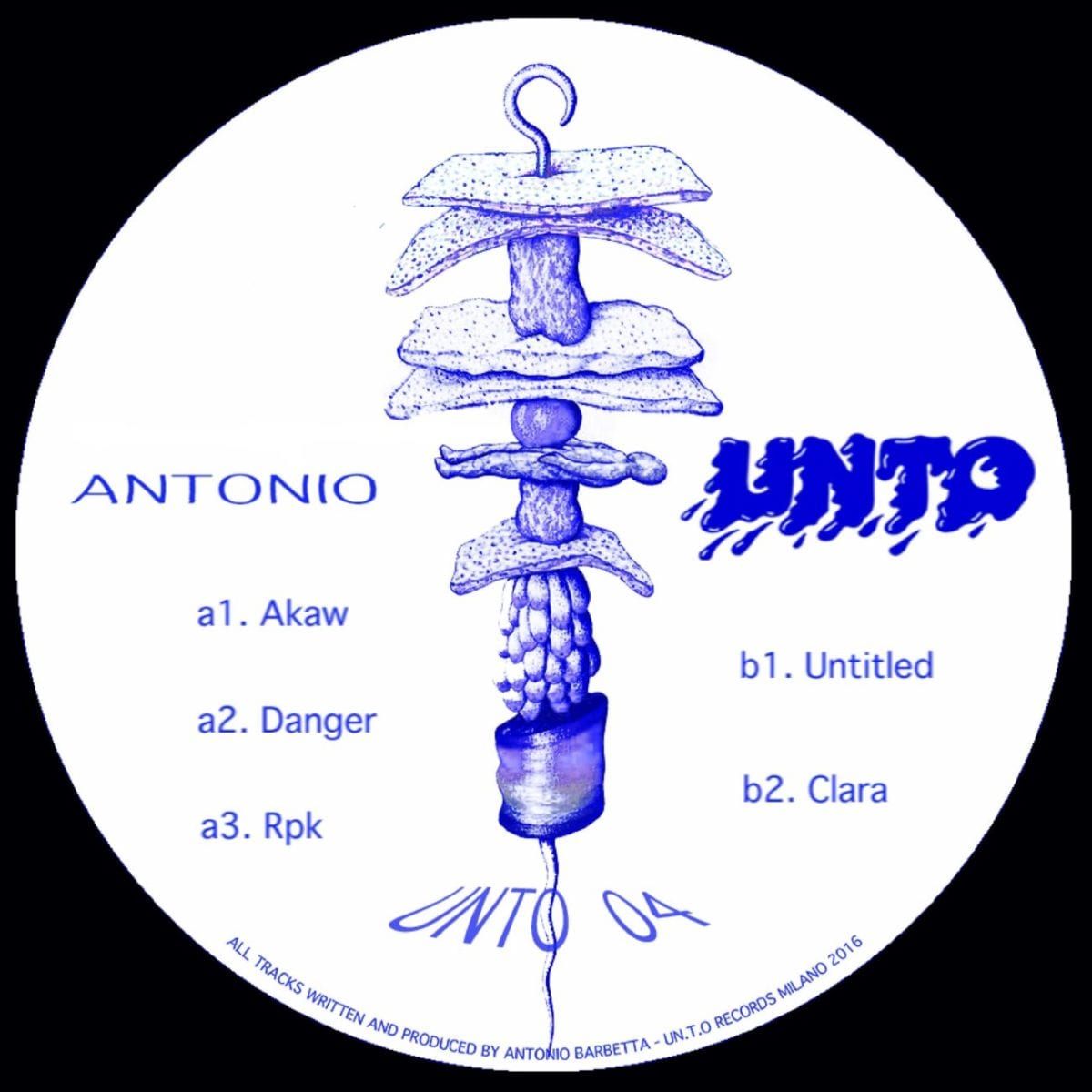 Antonio Barbetta (aka Raw Ambassador) makes his return to UNintelligent Trax Outsourcing under his Antonio moniker with a five-track EP, scheduled for release 24th June 2016. Italian label UN.T.O debuted at the beginning of this year with ‘Tough Steal’ by Raw Ambassador, which was soon followed by a second short length by Marcello Napoletano.

Antonio EP features some seriously raw acid techno tonalities as in his first release on UN.T.O, ranging from ‘Danger’s‘ apocalyptic melody to the minimalistic fast kick of ‘Rpk‘. ‘

‘Clara‘, which we are premiering today, stands out: the broken ragged kick interlaces with whispering delayed vocals and a spiralling sample capturing the listener into a fast moving electro tornado.

Antonio is released via UN.T.O. on June 24 in a limited run of 400 copies, pre-order a vinyl copy from Bandcamp.

Discover more about Antonio and UN.T.O. on Inverted Audio.