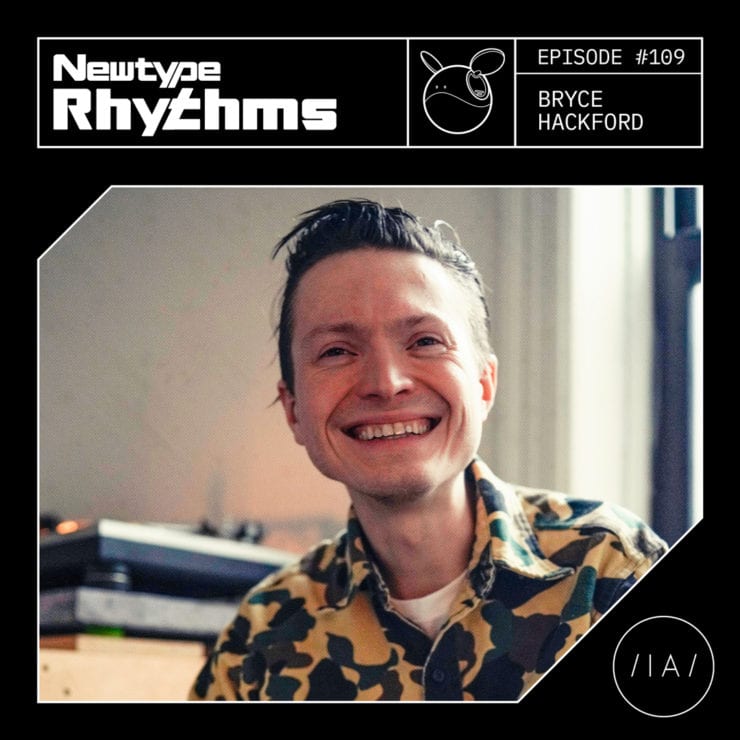 Newtype Rhythms returns this week with a lavish guest mix that clocks in at over two hours time, courtesy of Brooklyn-based multi-instrumentalist, producer and composer Bryce Hackford.

This choice was a simple one – Bryce Hackford has been one of the most unique voices in the electronic music sphere in the last few years. Appearing on labels such as DFA, Meakusma, and most recently Spring Theory for his latest LP, ‘Safe (Exits)‘, one of the most consistent things about them is the fact that they certainly do not rest on their laurels.

Each release that has come from Hackford has upended the previous one, finding pockets of inspiration and idiosyncrasy in places wouldn’t be expecting sonically. Veering from ambient, experimental, house, polyrhythms and so much more, the sonic sheen that’s noticeably characteristic from Hackford’s compositions are all there and fascinating to behold.

That’s why it was so incredible to land Bryce Hackford for this edition of Newtype Rhythms, where not only are we presented with the longest episode since its inception, but the longest guest mix as well. Check out the masterful, versatile journey of a mix at 50 minutes in, with resident Sheepshead starting things up as always.