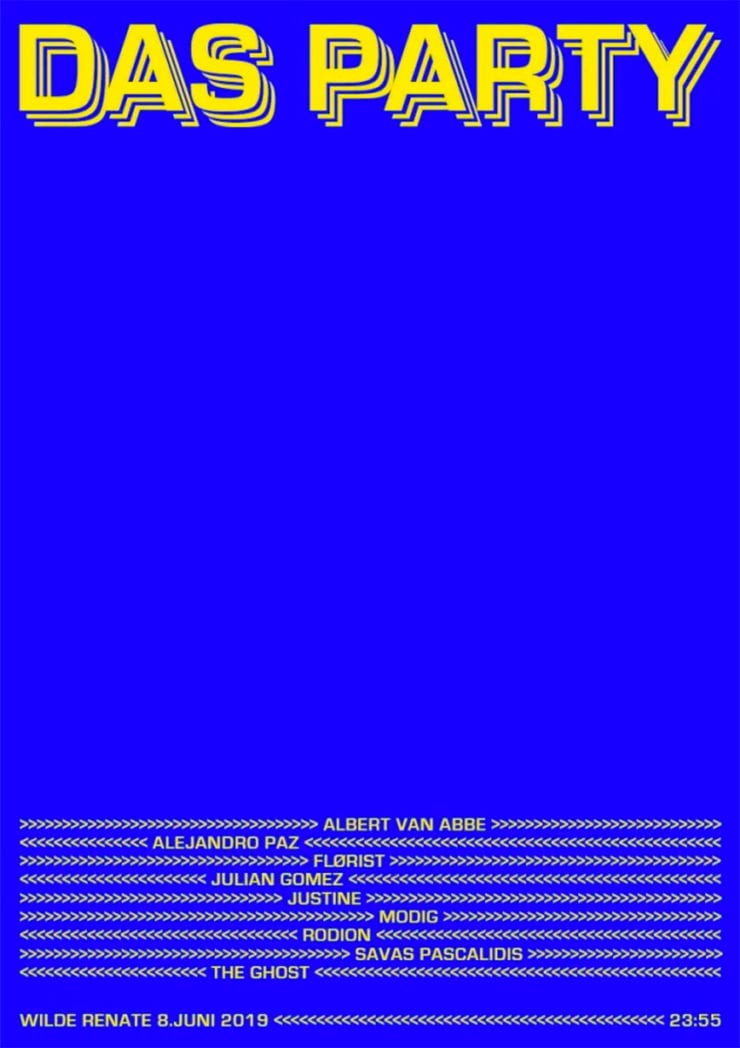 First up is Dutch techno producer Albert van Abbe, who besides producing music is an audiovisual artist and also curates two record labels No Comment and VANABBE. Abbe’s style of production is still understated, yet with each release he consistently packs a punch with his productions.

Next up is Canadian native Flørist serving up feel-good disco, classic house and techno straight out of Vancouver. Chilean DJ and producer Alejandro Paz brings his sound all the way from Santiago. With previous releases on Matias Aguayo’s imprint Cómeme and Scottish label Huntleys & Palmers you can be sure he’ll be packing the heat.

Berlin-based DJ duo James Creed and Josh Tweek step up as The Ghost to play all things electronic, fusing house and techno with whatever rare gems they pack from their mobile record shop. Support on the night arrives courtesy of Julian Gomez, Justine, Modig, Rodion and Savas Pascalidis.