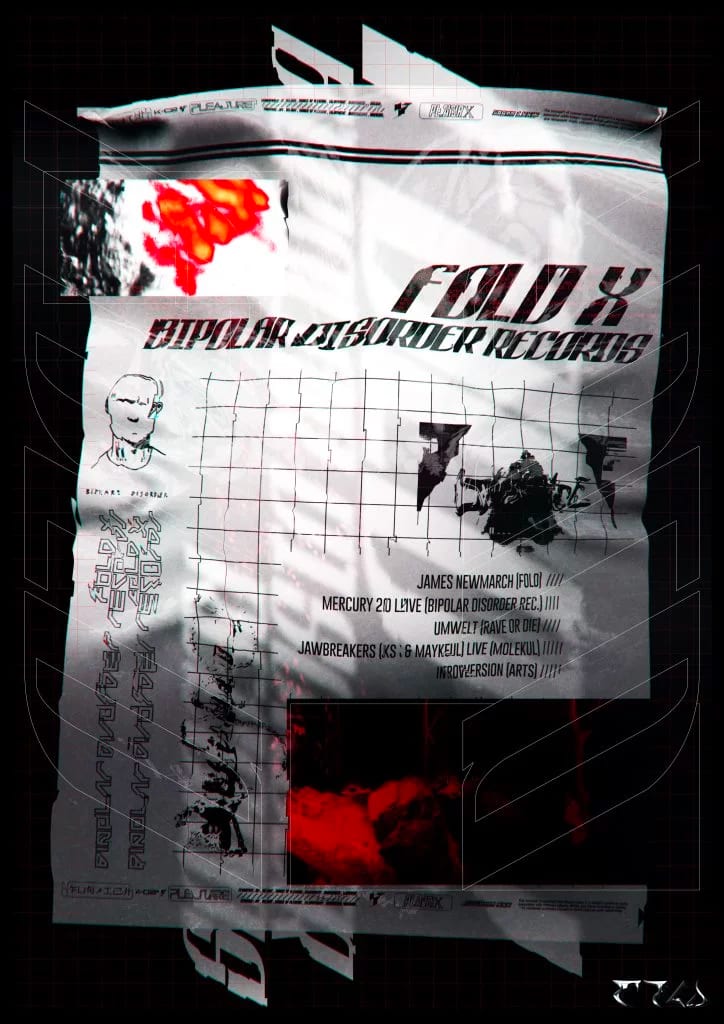 Next up is JKS & Mayeul presenting their high intensity live project ‘Jawbreakers’ – a relentless body shaking spectacle guaranteed to put a spring in your step. Berlin-based producer and sound designer Introversion joins in on the action, bringing rough, melancholic, 90s influenced Techno to East London.

Ahead of the night we’ve teamed up with FOLD and Bipolar Disorder Rec. to offer one lucky reader the chance to win x6 tickets. Complete the form below to enter. The winner will be selected on Friday 7 June and will be contacted via email.