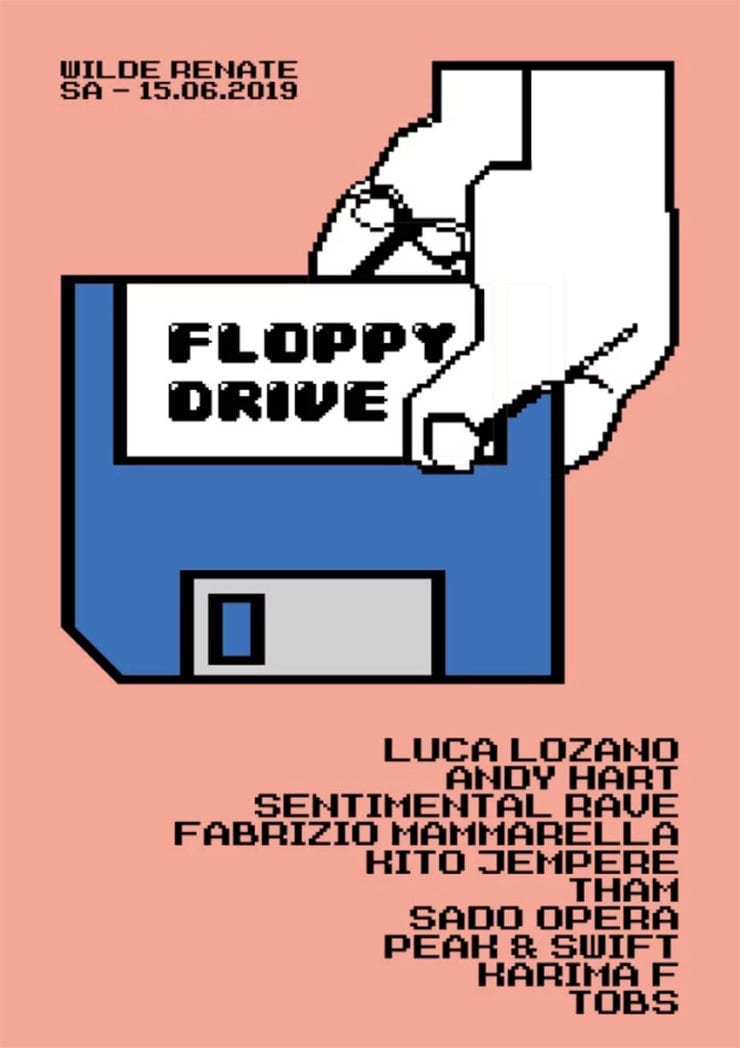 UK-born, Berlin-based DJ and producer Luca Lozano most certainly is a “jack of all trades” as he loves to define himself, but certainly not a master of none – as evidenced by the impeccable output he gets to release under the Klasse Recordings pennant along with longtime pal and associate Mr. Ho. Top tip – listen to his IA MIX 209 for a projection of what to expect.

Next up is Melbourne via Berlin-based producer and Voyage Recordings label founder Andy Hart – a purveyor of deep house, electro and dub techno. Moving onto the more abrasive and hard dance tip, Floppy Drive welcome rising French producer Sentimental Rave for a full-throttle indulgence of hardcore, gabber and industrial techno.

Italian DJ and producer Fabrizio Mammarella joins in on the action playing all things Italo, whilst rising Berlin based selector and Schloss co-founder Karima F steps up to throw some oddballs into the blend. Support on the night arrives courtesy of Kito Jempere, Tham, Sado Opera’s Love Radio, Tobs and Floppy Drive party starters Peak & Swift.