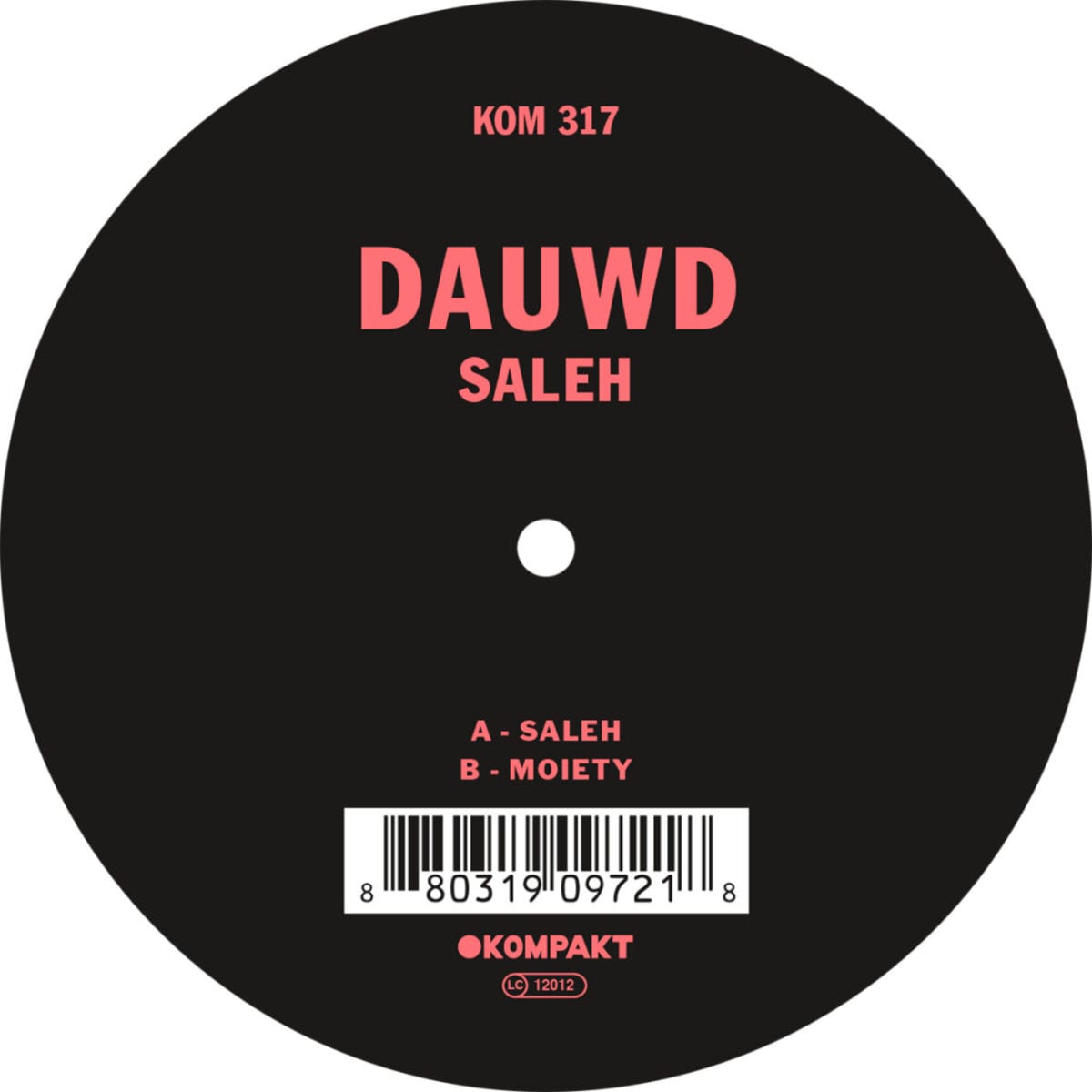 Following on from his ‘Kindlinn‘ EP on Kompakt, Dauwd returns on the Cologne based imprint this winter with a brand new two track 12″ titled ‘Saleh‘. If there were still any doubt concerning which direction his music would take this time, after shifting ways from bassy breaks to a rather evolutive deep house, it seems ‘Saleh‘ is the perfect answer.

The two track 12″ feels like a coherent continuation to Kindlinn’s sonic breakaways, designing a riveting confluence of sounds in which the richness of Dauwd’s elements bloom in full. Once more highlighting the UK producer’s subtle and shrewd use of synth lines as the main groove conductor yet perpetually shirking point of focus, ‘Saleh’ is both strikingly beautiful at first as it invites you to press the repeat button to get more.

Saleh is released through Kompakt Records on 20th October 2014 in vinyl and digital formats.

Discover more about Dauwd and Kompakt on Inverted Audio.