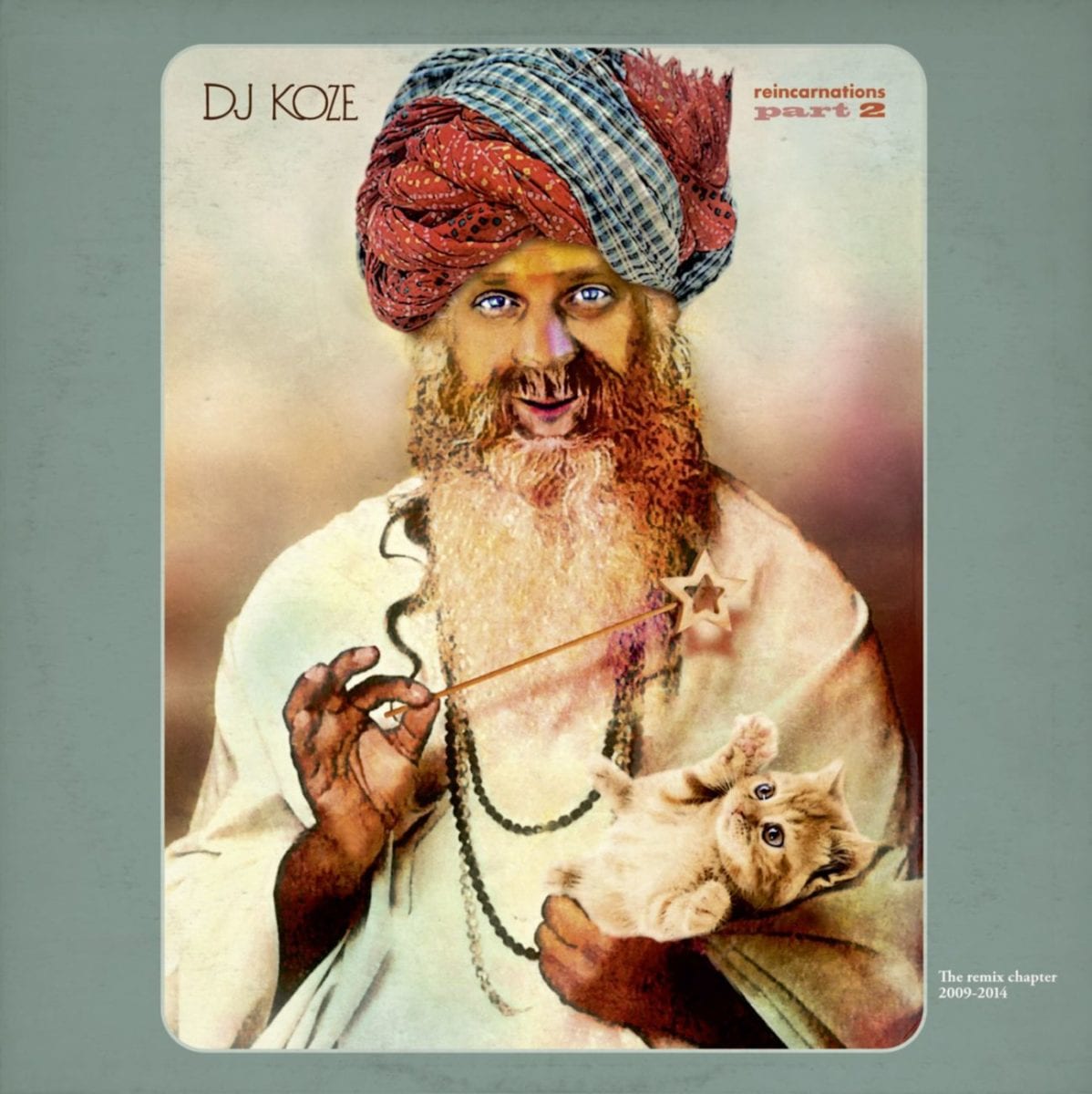 Following DJ Koze‘s remix compilation ‘Reincarnations (The Remix Chapter 2001-2009)‘, released through Get Physical Music in 2009, Stefan Kozalla returns with his second remix compilation through Pampa Records on 27th October 2014 featuring sublime remixes of Moderat, Herbert, Who Made Who, Caribou, Mount Kimbie, Ada and many more. If you’re a fan of DJ Koze, this compilation is exactly what you need in your collection.

For Reincarnations Pt 2 DJ Koze, aka Swahimi, der Unerleuchtete, (Swahimi, the Unenlightened), collected 12 of his musical rebirths in an old wicker basket, where otherwise a small cat can be found sleeping. Once more, DJ Koze refines and varies his colors and shapes, styles and materials. He prefers to reach a crescendo on the dance floor in his own special way – often the loud becomes the quiet, the heavy stands in contrast with the gentle.

Koze’s remix of Moderat’s “Bad Kingdom” makes a hymn from a hit. His reworking of the two Herbert tracks “It’s Only” (Resident Advisor Poll 2013 – Track of the Year #1) and “You Saw It All” feel like abstract paintings, yet function simultaneously as great pop music. And his wonderful arrangements for Caribou, Who Made Who, Ada, Gonzales, Soap & Skin, and finally, as a crowning glory, Apparat’s “Blackwater”, have all long since become classics.

In the mountains, they say, the direct route always leads from summit to summit. An experienced mountaineer, DJ Koze also leads us along winding paths, up through shady valleys and high over the clouds. Reincarnations Pt 2 is that kind of journey, rambling and floating, a grand illumination. Enlightened.

Reincarnations Part 2 is released on the 27th October 2014, pre-order the compilation on Pampa Records here.